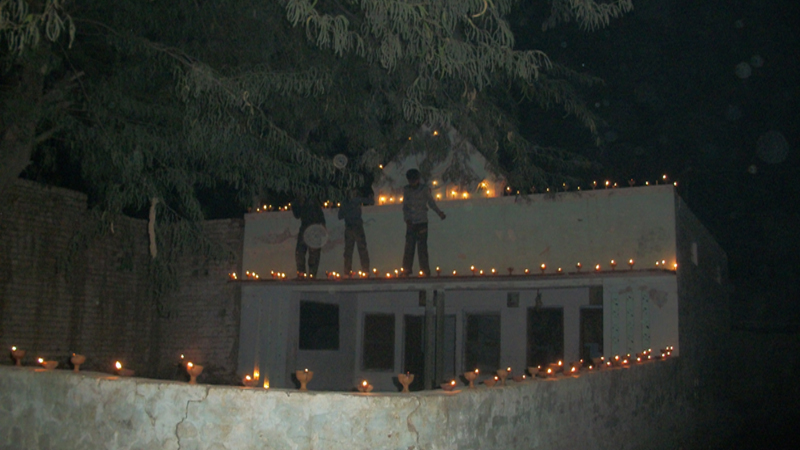 The festival of Devali is celebrated by Hindus with a religious fervor and enthusiasm. The history of the festival is associated with the ancient folklore. According to Hindu scripture during ‘Treta yug’ (initial period of tr world), Dasrath Ram the king of Audhiya exiled his son Shri Ram for fourteen years to jungle enticed by his youngest wife Rani Kekaai.

Rani Kekkai, opposing the title of Ram as crown prince insisted the king to exile him to wilderness because as his step mother she didn’t want him as next king of sultanate. His wife Sita and brother Laxman accompanied him

During a war Rani Kekaai had saved the king’s life and in return Dasrath Ram gave her a vachan (promise) that she could demand anything of him and he won’t refuse. The story goes on to show how Rani Kekkai, opposing the title of Shri Ram as crown prince insisted Dasrath Ram exile him because has is step mother she didn’t want him as next king of sultanate. 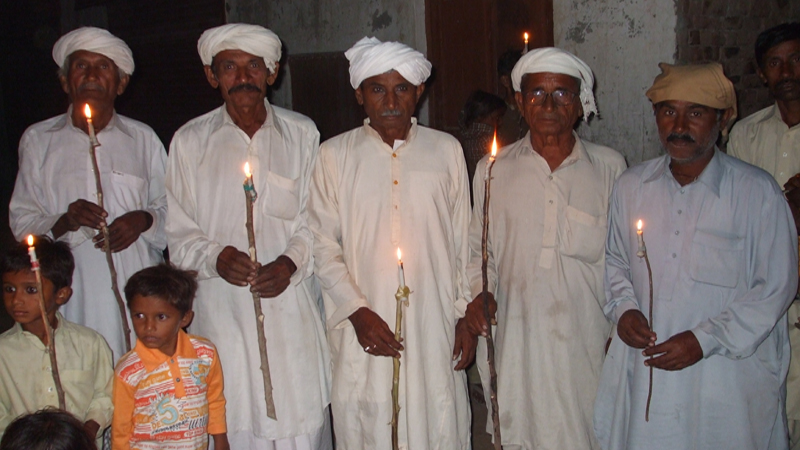 When Shri Ram who is the avatar of Vishnu Bhugwan was sent to jungle for fourteen years exile his wife Sita and brother Laxman accompanied him. In the period of exile Sita was kidnapped by a Rakhshas (evil) and later rescued by Ram with the help of Hanomaan (Monkey God).

According to Hindu scripture the fourteen years period of exile was difficult and challenging for Shri Ram, Sita and Laxman but they survived with great patience. After the completion of te exile when Shri Ram came back to his kingdom. The people of the kingdom warmly welcomed him. They came out of their houses and they lit earthen lamps on his way to welcome the loving prince of Audhyia.

The festivities of Devali start a night earlier among the Cholistani Hindu Tribes. At the night of Devali the brightness of earthen lamps can be seen everywhere in desert, it creates a dramatic and inspiring scene in the desert. Most of the people of desert set the earthen lamps on their top of the roof’s wall which look beautiful. Some of Cholistani Hindus also practice vart (fasting) for blessing and prosperity. 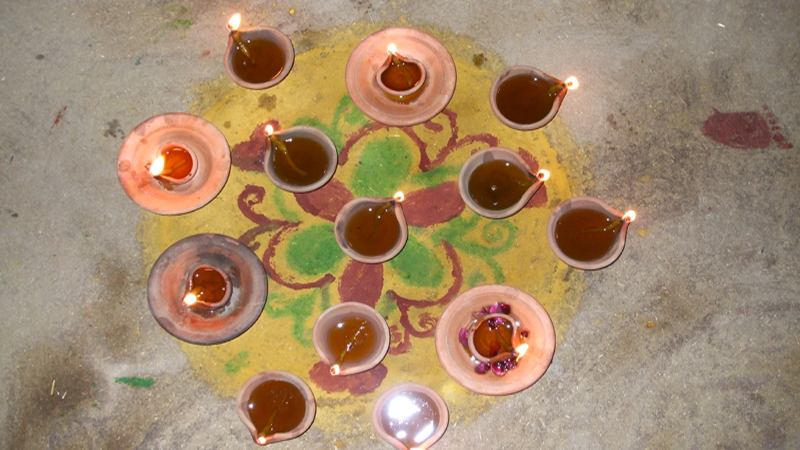 At the night of devali the Bhils and Megwals people come out from their houses in the form of a procession with handmade mashals. they take long sticks and tie a piece of cloth on the end usually the piece of cloth is dipped in oil for long lasting fire. Some fix the candles on the end of sticks. During the festivity they move street to street then to nearby temple or open desert by singing religious songs.

In the lights of Devali every face looks is glowing and beautiful. After their festivities they fix their mashals around the temple or in open desert to say a warm welcome to Shri Ram G in his kingdom however the practice of Hindus who are residing in city areas can be differ. They prepare sweet dishes on the festival and avoid cooking meat on the festival. 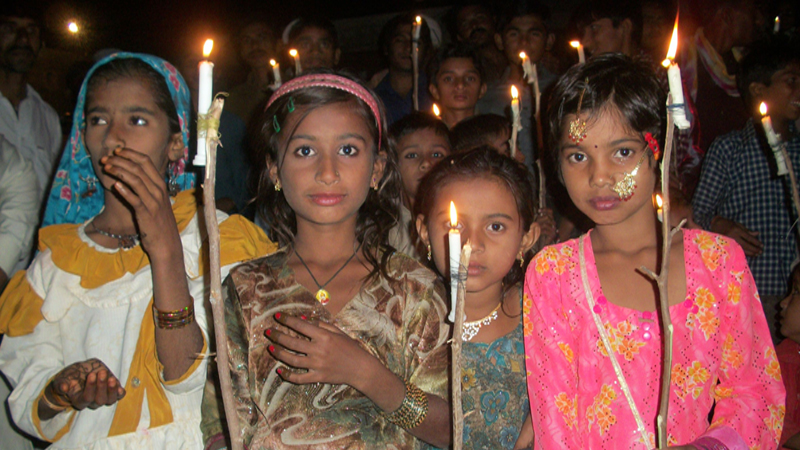 Like other festivals the ancient Hindu tribes of Cholistan wear new clothes and exchange gifts with each other ,they distribute sweet dishes to the neighbors they also invite each other to share joy and happiness. They feed each other on this event this is also observed that a guest cannot take food by his own hand rather they come one by one and feed the guest. In Megeal tribe they specify a place where every family sends some food and each member of every house participates in this feast. The lunch does not start even a single participant is reached there.

Like other festivals the ancient Hindu tribes of Cholistan wear new clothes and exchange gifts with each other ,they distribute sweet dishes to the neighbors they also invite each other to share joy and happiness

The brightness of earthen lamps shows the victory over darkness. The message of devali is actually to create harmony, tolerance, love, obedience and commitment. In this associated folklore it shows how a husband (king) was committed with a given vachan(promise)| to his wife. He completed his vachan and sent his son to jungle for fourteen years exile. Here the obedience of son is also remarkable who accepted the order of his father king and happily agreed to go to jungle for exile. Shri Ram did not argue with father or mother in this connection and did whatever is said to him. It shows that how faithful, loyal and obedient son he was.

The festival also shows the unconditional love of Ram’s brother Laxman and wife Sita who accompanied him in this hard time. The great message of devali teaches the love, respect of elders and obedience. Happy Divali.