“Beyond Europe-reconnecting Eurasia” was the title of an international conference, organized and hosted by the Faculty of Political Science and Journalism at Adam Mickiewicz University Poznan, Poland from 23rd to 24th October 2018. This scribe was invited with participants from France, United States, Israel, Turkey, Kyrgyzstan, Russia, Japan, Ukraine, Korea, Pakistan, Taiwan and Nigeria. The conference provided a unique opportunity to openly discuss the latest advancements in many politics-related disciplines and exchange views on current issues connected with the implementation of the Belt and Road Initiative (BRI).

The conference covered a wide area of subjects, including “US-EU-China between Economic Cooperation and Rivalry”; “Methodology of Political Science and International Relations”; “Global Terrorism and Asymmetrical Challenges”; “International Conflicts: How Should Businessmen, Academia, NGOs, and Governments Collaborate to Resolve Conflicts?” and “Perspectives of Research and Technological Potential of BRICS”.

The first and the most important assembly, which followed the opening of the conference, was the Ambassadors’ session, chaired by this scribe. H.E. Shafqat Ali Khan, Pakistan’s Ambassador to Poland spoke very passionately about Pakistan and Poland’s historic ties, the role played by the pioneering Polish Aircrew led by Air Commodore Turowicz in establishing Pakistan Air Force and the current developments bringing the two nations together along with Pakistan’s initiatives for peace. The honourable Ambassador also highlighted the advantages that will accrue to Europe, Asia and the world through President Xi Jinping’s mega project, the BRI, its efficacy as well as the challenges of constructing the China Pakistan Economic Corridor (CPEC).

His Excellency, AskarKuttyKadam, the Deputy Head of the Diplomatic Mission of Kazakhstan in Poland expressed his views from the Central Asian Perspective and presented a sanguine approach to BRI and other developments taking place in the region.

Each session was lively and generated a volley of questions from the international litterateurs participating in the conference.  This scribe was also afforded the opportunity to address the academia and students at the RODM (RegionalnyO?rodekDebatyMi?dzynarodowej) Pozna? under the auspices of the Polish Ministry of Foreign Affairs. The presentation titled “Pakistan’s Contemporary Foreign Policy and its Challenges” was interactive and initiated very intense questions, surprisingly depicting the interest in Pakistan’s foreign policy and its new government.

Poland was devastated during the Second World War; ravished by the Germans, who not only overran the entire country, but piece by piece demolished Warsaw, the capital and numerous other cities. The concentration camps and ghettos where Jews were tortured and killed still bear scars of the German brutality. Polish resistance brought on the wrath of the Germans, who took sadistic pleasure in destroying and decimating the Polish population, sending them to remote locations to support the German war effort. To the dismay of the Poles, despite the heroic efforts of its resistance forces to declare independence after the departure of the Germans, the country came under Soviet rule, which lasted for over four decades.

That was the reason that Air Commodore Turowicz and his group of forty five Polish pilots, engineers and technicians, who had fought so bravely in the Battle of Britain and sacrificed tremendously in their gallant effort to bring Germany to its knees, did not have a home to return to till 1989. Their loss was Pakistan’s gain, the fledgling country, which was devoid of manpower and resources, accepted the Polish airmen wholeheartedly. On their part, the Poles too were thorough professionals and gave their very best. The helped build the Pakistan Air Force become  “Second to None”, as envisaged by the founder of Pakistan: Quaid-e-Azam Muhammad Ali Jinnah.

Air Commodore Turowicz and his group of forty five Polish pilots, engineers and technicians, who had fought so bravely in the Battle of Britain and sacrificed tremendously in their gallant effort to bring Germany to its knees, did not have a home to return to till 1989. Their loss was Pakistan’s gain, the fledgling country, which was devoid of manpower and resources, accepted the Polish airmen wholeheartedly

Turowicz, who was both a Pilot and an Aeronautical Engineer, established the School of Aeronautics, which became a College and University. He founded SUPARCO, pioneering Pakistan’s upper space research ventures. Turowicz is also considered the father of Pakistan’s missile program. Turowicz was killed in a car crash on January 8, 1980. He was buried with full military honours. For his meritorious service, Turowicz was bestowed with many awards including the Sitara-i-Pakistan, the Tamgha-i-Pakistan, the Sitara-i-Khidmat, the Sitara-i-Quaid-i-Azam, the Sitara-i-Imtiaz, theAbdus Salam Award in Aeronautical Engineering and the ICTP Award in Space Physics. Pakistan Air Force placed a memorial in honour of Air Commodore Turowicz at the PAF Museum while SUPARCO established the WadysawTurowicz Space Complex in Lahore.

Polish and Pakistani ties are considerably deep in the current milieu too. While the once war devastated nation has managed to rise from the ashes like a phoenix, building itself from a scratch, it has reached out to countries like Pakistan for support in the field of academics, scientific research as well as sharing its vast and rich experiences in combating terrorism.

Today Warsaw looks like a modern capital but it has rebuilt some of the memorable buildings from diagrams and old photographs to pay tributes to its citizens who sacrificed their lives in defence of their motherland. 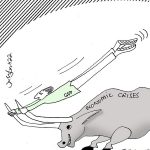