Role of biotechnology in the advancement of medical science 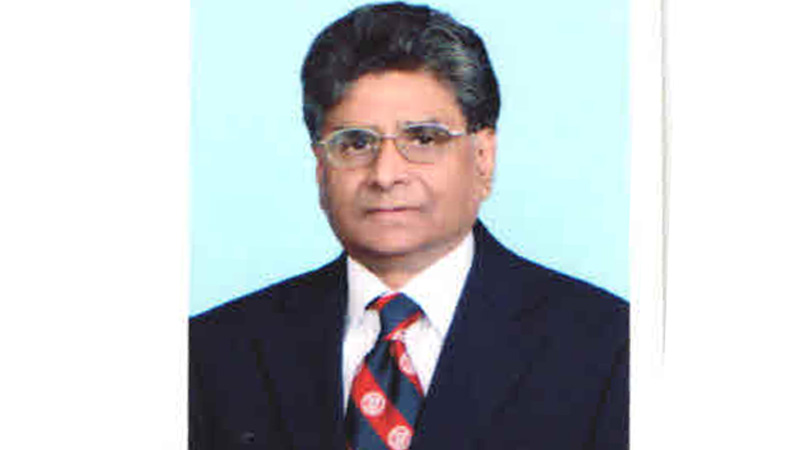 Biotechnology is basically a biological based technology which utilizes numerous cellular and bio-molecular procedures for the development of such products and technologies which play a very crucial role in improving our lives. Due to the application and tools it utilizes, biotechnology often overlaps with the fields like bio-medical engineering, bio-engineering, molecular engineering, bio-manufacturing etc. It is one of safest, cleaner and most effective form of engineering.

Biotechnology has been helping mankind since the Neolithic era in agriculture, industry and medicine. However, the modern biotechnology since the late 20th and early 21st century has expanded new horizons in this field. It includes the diverse and new form of sciences which are recombinant genes technology, genomics, immunology, pharmaceutical therapies development and various diagnostic tests. It has simply provided both the breakthroughs and advances in the field of Medical Sciences in combating various diseases. To sum up the role of the biotechnology, we can say it can be used to “Heal the world”, “Fuel the world” and “Feed the world”.

Globally, healthcare system has always been the utmost priority for all governments. The products of biotechnology for the last 30 years have not only tried to decrease the capital being utilized for health care but it has also affected positively on heath care. Therefore, the medicine sector is one of the important areas in biotechnology. It is the sector which has seen the most research and breakthroughs. It is the same sector which highlights the majority number of legal and ethical issues.

In the medical science the application of biotechnology started from the time of discovery of Insulin. The biotechnology in this field is also known as “Red Biotechnology”, which is a complete institute in itself. It deals with the all minor and major aspects of human health, from simple medicine making which are cost effective to the difficult branch of medicine such as genetic disease treatment. It also includes the research and finding cure for disease like tumors, cancer, AIDS etc by improving the existing techniques without causing any harm to normal body cells. Red biotechnology is majorly divided into four big categories which includes Pharmacogenomics, Bio-pharmaceuticals, Gene therapy and Genetic testing.

Biotechnology has simply revolutionized the field of medical sciences. It has not only provided the effective diagnostic tools and kit for rapid disease detection but has also provided adequate treatment which includes the production of recombinant vaccines and novel drugs. Molecular techniques like PCR, monoclonal antibodies and recombinant antigens have been used to diagnose AIDS, Tuberculosis TB and parasitic diseases rapidly and at low cost. The symptoms which are caused by the pathogens is also a sign of disease but by the time they appear it may be late by then and pathogen might be already in high concentration in the body. Therefore, the biotechnology has introduced the Polymerase Chain Reaction (PCR), Recombinant DNA technology, ELISA, Immuno-fluorescence to be used as quick form of diagnosis. PCR can amplify the pathogens even if the small amount is present in the sample. Loop mediated isothermal (LAMP) is yet another new tool used for this purpose, which is relatively new but due to its portable size and easy to use in the field, it is likely to replace the PCR.

Therapeutic proteins are replacing the conventional medicines in treating the non-communicable diseases. Over 60% of the deaths in developing countries are due to the non-communicable diseases. Transgenic bacteria, yeasts, mammals and plants act as the factory for the production of the therapeutic proteins. In these systems the desired genes are introduced to produce the protein of interest in the large quantity which is later then purified. The examples of such therapeutic protein include insulin-for Diabetes Mellitus type 1, erythropoietin for the treatment of anemia and Interferon I for the treatment of several viral diseases and leukemia. Other therapeutic agents are monoclonal antibodies, growth hormones, recombinant blood products, cytokines, products of gene therapy, molecular pharming etc. Even now with the help of biotechnology collagen, bone grafts, xenografts and heart valves are successfully engineered.

Biotechnology offers comparatively cheaper vaccines and drugs. They reduce the ratio of blood-borne infections which are caused by re-use of needles. However, the new DNA and RNA based vaccines are more effective in this case, not only they will active specific immune response but will also decrease the chance of infection. These vaccines when become commercially available shall be easy to store, inexpensive and can be effective in one shot.

Gene therapy is the other branch of the red biotechnology which is associated with the diagnosis and treatment related to the genetic diseases and cancer. In this therapy the genes are manipulated in a way that defective genes are corrected. Genes may be deleted, inserted, silenced or modified depending upon the treatment which can be permanent or semi-permanent. In gene therapy the desired genes are inserted in the body which replaces the defective genes, thus carrying out the work normally without causing any abnormality. The treatment by this therapy can be permanent if it is used in the early stage of life. This technology is still in this early phase but has a huge potential.

Pharmacogenomics is yet another advanced intervention in biotechnology. The modern pharmacogenomics and science also combines with the conventional fields such as biochemistry and the structure and function of gene at the protein level. It basically revolves around the study related to the effect on the drugs due to the genetic makeup of an individual. Using the molecular tools the pharmaceuticals will undoubtedly design drugs based on the enzymes, DNA, RNA and proteins which will be according to the particular genetic makeup of an individual. Drugs produced in this way will not only be highly therapeutic in its action but they will be target specific as well. This property shall reduce the damage to the normal and other adjoining healthy cells. Drugs designed in this way will also decrease the potential cost and risks of the clinical trials. Such drugs will also boost the speed of recovery. Nano-biotechnoloy is yet another developing filed in the biotechnology for delivery drugs efficiently and on target based using nano-particles.

Biotechnology has undoubtedly revolutionized the field of medicine. The four important developments are yet another hallmark in this field which includes treatment for the Alzheimer, using CRISPR to find a cure for HIV, speech restorer and cancer treatment by a new therapy called “Transcription activator-like effector nucleases of TALENs” will serve as a magic bullet against cancer. Medical researchers and biotechnologist are continuously working trying to find new solutions and cures for diseases. These four aforementioned advances are just a mere start and the currently on-going projects will be undoubtedly breakthrough in this field. These researches includes

From all the aforementioned examples, we can conclude that in this era of technology medical science would still have been stuck to old conventional methods if biotechnology wouldn’t have progressed. Biotechnology has presented modern medical devices from simple disease diagnosis to the target drug delivery, stem cell study and regenerative medicines. Even though some of these researches are in their early phase, they will be a breakthrough once become commercial. Hence, we can say that in few upcoming years, biotechnology will be a part of our daily life and would have become a definite necessity by then.