An ode to motherhood 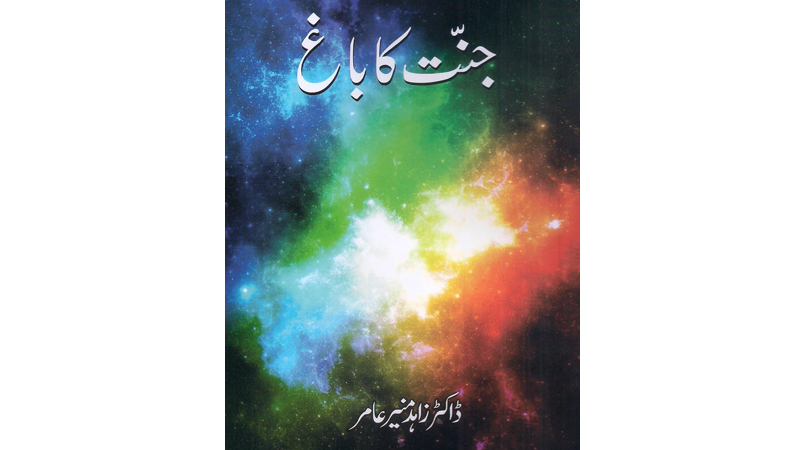 Since our childhood we have heard the phrase ‘Maanwaan Thandian Chaawaan’ (mothers provide shelter in tough times). Poets have come out with many poetry pieces in praise of the institution of motherhood. Recently poet Zahid Fakhri’s Punjabi poem became popular due to its simple expression in emitting love for mothers. He says ‘Jinnah Gharaan Wich Man Nahi Hundi/Ohna Dei Vehre Chaan Nahi Hundi’ (those homes that do not have mothers, their front yards are devoid of shade).

Prophet Muhammad has been quoted as saying: “Heaven lies beneath the feet of mothers”,“ To look affectionately and kindly at one’s father and mother is devotion”, and”God’s satisfaction lies in the consent of parents, and His wrath in their wrath”. These statements are a symbol of the honour granted to mothers, and if we place all the words, written or spoken, about the position of a mother on one scale and the above sentence on the other scale, the utterance of the Holy Prophet will definitely tip the balance in its favour. In the light of this belief and after having spent his lifetime receiving and giving love from his mother Zahid Munir Aamir has written a book titled ‘Jannat Ka Bagh’ (the garden of the Heaven) at the time when he lost his mother, Salma Begum. In this book he travels on a memory lane remembering his mother’s role in all stages of his life.

When born, the first person a human being looks at is, his/her mother. Being part of his mother’s body for nine months in her womb, he is full of his mother’s odour but when coming of age, many other images reappear. The image with deep imprints in Zahid’s mind is when his father left for hospital in an ambulance and his mother wiping her tears with her scarf. At the time of partition, his father had accommodated his brothers’ families in his house but now after he left this abode, the entire burden fell on his mother’s shoulders. She would get up in the morning, recite verses of Holy Quran and send the kids to school. Then she washed clothes and prepared food for the family. This was her daily routine for years. If that was not enough she had other duties like reading the newspaper and telling stories to the kids. The term afternoon-siesta was never in her dictionary. At night time she would remain busy washing and changing bed sheets or her sewing work. She treated the house maid Hameeda not as a servant but as a sister and confidant.

This brief introduction of a struggling mother in the male dominated society of Pakistan reminded this reviewer of the ideology forwarded by Quaid-e-Azam Muhammad Ali Jinnah about the status of women as it should be in our society. “No nation can rise to the height of glory unless their women are side by side with them. It is crime against humanity that our women are shut up with in the four walls of the houses as prisoners. There is no sanction anywhere for the deplorable condition in which our women have to live.”

In this backdrop Salma Begum whole heartedly participated in life despite the adversities that fell upon her because of the time and sequence of events. She proved to be resilient.

Zahid takes the privilege of writing about his parental city Patiala in East Punjab, a city that once used to be the capital of Punjab in British Rule. Yadwinder Singh, an Aitchisonian took over as Maharaja of Patiala in 1913 and ruled there until the partition. Zahid’s father belonged to the young and affluent families of Patiala. Rumours of disturbances became common. The fact that Muslim families were in danger forced the family to move. They hid in a truck with the help of a Sikh convert to Islam, Bachna Singh and his friend Chand Khan from Dhoori to Singarwer. The ruler was a Hindu and not fond of Muslims. The family had to spend many nights out in the open until a woman friend Sakina from Dhoori took the displaced families to her camp. From this camp each day some names were chosen to leave. Those leaving were searched and all their belongings removed. All that the family was left was a taveez in which a couple of hundred rupees were hidden that a child was wearing and a trunk of clothes. Such stories need to be told to the younger generation to raise awareness about how their forefathers left all their belongings, escaped murder and loot (the lucky ones) and reached Pakistan with nothing with little to no belongings. Then perhaps the younger generation would not take for granted the freedom they enjoy in Pakistan.

The journey from Patiala to Kasur border took three months. The caravan of Muslims and the trains were stopped a few kilometers before the border. Hindus would then open fire so that people will run away to where the Sikhs stood with their unsheathed swords –countless, young and old people were slaughtered. To underline the horror of that time, Zahid, quotes Muhammad Asad from his book Home-coming of the Heat: “They were Muslim women, most of them accustomed to veiling themselves in burqah from head to toe and now they tumbled out of carriages as naked as they had been born, young and middle aged women and grandmothers and barely adolescent girls” (Page 31).

Those living in Shimla like Abdul Tawwab Khan, packed their valuables but all passengers were asked to load their luggage in a train that never made it to Pakistan. Khan like many others was left high and dry.

This is the story of Zahid’s maternal grandfather who made it to Pakistan in a cloth wrapped around his lions. His wife and daughter, Khalida, left with a caravan, as advised by fellow passengers. The family was united under dire circumstances. This book has been dedicated to Zahid’s sister who was found by her parents crying nearby. In Pakistan the entire family dreamt of happy days spent in Shimla. The rest of the book gives details of Zahid’s life spent in Cairo where he was later joined by his mother. The book ends with her death.

This book by Zahid Munir Aamir is a tribute to mothers in general and in particular to his mother, Salma Begum. Though she was not a working lady in the strict sense of the word , her life, struggle, hard work and the way she brought up her children was perhaps more meaningful. Her upbringing produced sons like Zahid who is not only the head of Urdu Department at the Oriental College, University of Punjab, but a poet and writer as well.