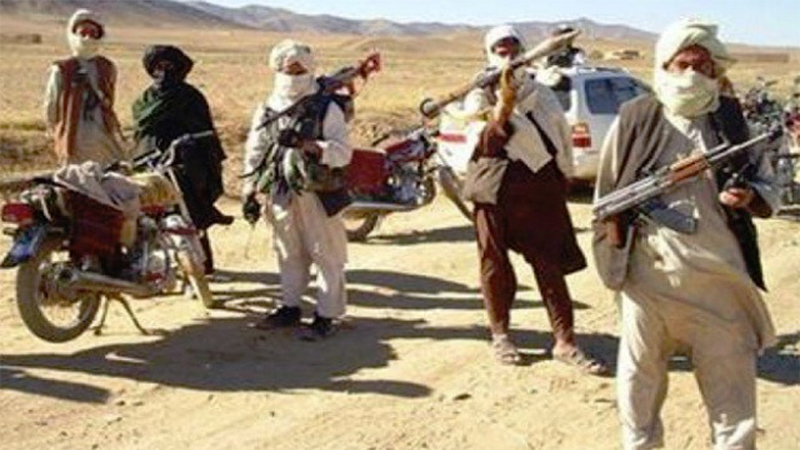 Afghanistan is known for its ethnic divide which affects almost all of its affairs. From fight against the Taliban to share in the government, from armed forces to local police, economy to education, Afghanistan is plagued by ethnicity from head to toe.

Afghanistan’s population is made up of nearly 50 distinct ethnic groups. Mysteriously, accurate numbers are not available even after the presence of data conscious US-led NATO in the country for over 17 years. Four of these ethnic groups account for a large majority: the Pashtuns (38-48%), Tajiks (20-25%), Hazaras (16-20%) and Uzbeks (4-8%). Of these only the Pashtuns are sub-divided on tribal lines. Pashtuns are known for Pashto language, Tajiks and Hazaras speak Darri or Afghan Persian whereas Uzbeks are mostly Turkic speaking.

The ethnic divide is traced to the word Afghan itself, commonly used as synonym of Pashtun, thus translating Afghanistan to the land of Pashtuns. Pashtuns controlled political power for most of Afghanistan’s history as a state, with the result that their traditions and cultural precepts tended to be equated with the national identity of Afghanistan. Pashtuns have ruled the country for most of the time less two Tajiks tenures of Habibullah Kalakani (Bacha Saqqa) in 1929 and Burhan ud Din Rabbani from 1992-1996.

Afghan parliamentary elections are scheduled to be held on October 20, 2018. These elections have previously been delayed for more than three years. There are issues of security, mismanagement and corruption which are likely to haunt the elections, but above all is the ethnic rift. An important thing about the elections is that these are based on nonparty system wherein the individuals are directly elected by the people and political parties do not have a role in the process. This is the aspect which further aggravates Afghan polarization based on ethnicity. One of the important and interesting aspects regarding ethnicity in Afghanistan is that it is divided between north and south of Afghanistan. North is linked with Central Asia but southwestern characteristics are similar to Western Pakistan.

Afghan political leaders often use ethnic and group identity in their pursuit of power and resources by reinterpreting history around symbols of ethnic or religious differences, especially during the civil wars. The differences of the Taliban and Ahmad Shah Massoud’s forces, as well as the historically rooted anti-Pashtun sentiments among Hazaras, Uzbeks, and Tajiks, are all used by political factions at appropriate occasion. Likewise, Pashtun aversion to acceptance of a Tajik dominated central government proved convenient to the Taliban’s quest for power.

In November 2017, a leaked letter from a police commander requested officer recruits for a new antiriot force in the capital Kabul only from Hazara, Uzbek and Pashtuns, leaving out country’s second-largest ethnicity: the Tajiks. The letter was leaked, published in the Afghan press and circulated on social media, sparking uproar and provoking new accusations of systemic ethnic favoritism in the administration of President Ashraf Ghani.

The province of Ghazni which was recently attacked and captured by Taliban for short time tells us another story. The province is the only place in Afghanistan which has been subdivided into three constituencies based on ethnic lines. According to the Independent Election Commission (IEC) decision, one constituency is Hazara-dominated with small pockets of Pashtun minorities, while the other two are Pashtun-dominated with pockets of Hazara and Tajik minorities. This leaves Hazaras with a weak chance of getting even four seats out of the 11 reserved for the province, while they arguably make up half of the population.

Keeping the internal dynamics at one side, it is also quite depressing for the rest of the world that the US/NATO forces having the best brains and state-of-the-art technologies for tackling the adverse and severe conflicts like this have failed to stop Taliban from conquering more than 40% of Afghan territory. The US is obviously a major player in Afghanistan and thus onus to understand Afghan sentiment lies on its shoulders.

People of Afghanistan are also war-weary like those of the US. The conflict has rightly been termed as an open wound of human suffering and a strategic headache for the foreign troops deployed in Afghanistan, but there is a dire need to carve out more humanistic approach towards the common Afghans to achieve domestic and regional peace and stability.

Hence, the role of the international community should primarily be to facilitate an environment and circumstances conducive for afghan public to enhance their social stature, besides the economic growth of Afghanistan. Afghan’s security strategy requires adequacy and the Afghan government should be the authority of what resources it needs.

The US policy in tackling the Afghan conflict is a stark reminder of their failed strategy which is a great deal of damage and needs to be reversed by adopting peaceful regional and global strategies. Emphasis needs to be laid on supporting and improving the much-needed human development projects in Afghanistan and the subsequent training of the foreign armed forces personnel deployed in Afghanistan on how to respect the local culture and its followers.