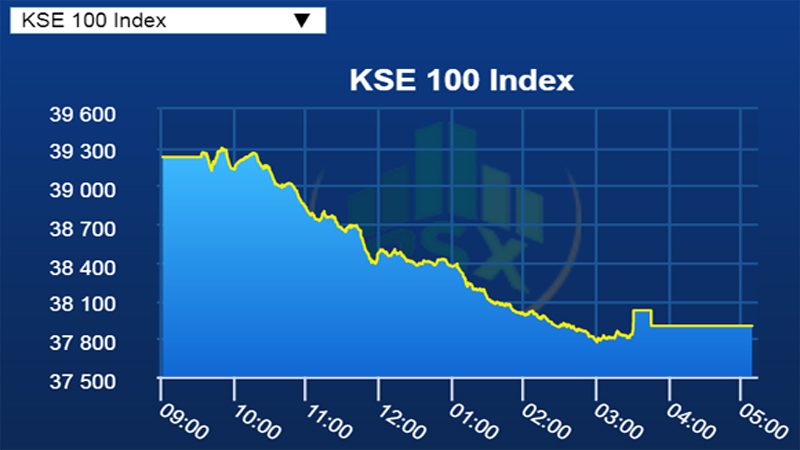 Pakistan equities witnessed another round of selling spree Monday as Benchmark KSE-100 Index closed at its lowest level since June 15, 2016 – mounting 2018 declines to 6.4 percent.

The KSE100 Index continued on its downward trajectory shedding over 1,328 points during the intraday trading. The index made an intraday high of +71 and a low of -1,457 points, respectively. This volatility in the market was due to the reports of a delay in the International Monetary Fund (IMF) bailout package till December.

On the economic front, Asian Development Bank (ADB) has expressed willingness to provide $7.1 billion in financing to help Pakistan achieve inclusive and sustainable growth over the next three years. Furthermore, final negotiations between the Financial Action Task Force (FATF) and the government have begun in the federal capital Monday.

Panic selling was witnessed in retail names on reported margin selling while index heavy MSCI scripts also came under renewed selling pressure on reported self-off from FII and potential redemption from Mutual Funds. During the day, Pakistani Rupee also weakened by another 1.5 percent in Open (Kerb) Market to Rs 129.5 against the greenback.

Conclusion of Financial Action Task Force (FATF) review meeting and clarity on funding of depleting FX reserves are likely to restore investor confidence as Government of Pakistan has so far not announced any concrete measures/policy direction to address the Balance of Payment crisis, said Elixir Research’s analyst Murtaza Jafar.