Fighting for the human soul

Andre Vltchek is tired. He is tired of the cunning complexities in modern society’s fight for the human soul. In his new book, Revolutionary Optimism, Western Nihilism, he takes on a new revolution: today’s foe — a counter culture of vulgarity, war and brutality where his battlefield isn’t the romance of radical zeal but the rotted, festering carcass of capitalism’s war on the human spirit.

Revolutionary Optimism, Western Nihilism might just be Vltchek’s most heartfelt book to date, a memoir of his own struggles with the reality that western society doesn’t know it faces: a Machiavellian pact between regulation and obedience, an ugly alternative to the default human story of staying alive and feeling passionate about a cause, about anything. Debate and ideas are only disseminated at a pre-approved frequency, the pitch unable to arouse, inspire, or make a change. For Andre, the streets of London, Paris and other symbols of ‘beauty’ and ‘romance’ of western cities are untenable, plastered in the posters of everyone’s individuality and isolation, adverts of selfishness and egos. Queue here a pathological cycle of depression, mental illness and the seeking of  ‘professional help’, which serves to preserve human specimens on the assembly line of conformity and ‘manageability’ by the imperialists in their own home. If there is a spark in anyone, it is relegated to minority status, a fearful and dark corner to reside, one that is attacked and decried.

Andre talks about seeking solace and a home in countries on the other side of the fence, places that have fought to not labour under the misdirection of the western system, the “most God-forsaken corners of Africa and Asia”, South America, the Middle East and Oceania. He recognises the kindling that begs to be sparked, the passions that cries to be ignited and he thrives in them — but he cannot function in a society that is ‘western’ by nature, a slave to all that has corrupted the humanity and the innate goodness of man, woman and child. And the western influencing machine is marching, widening its noxious shadow over all of them.

In his new book, Revolutionary Optimism, Western Nihilism, he takes on a new revolution: today’s foe — a counter culture of vulgarity, war and brutality where his battlefield isn’t the romance of radical zeal but the rotted, festering carcass of capitalism’s war on the human spirit

Andre details the fact that non-western countries do not steal from others, they do not over throw governments and they do not spearhead military excursions into other backyards — they prepare their art, their culture, their promises and their causes with gusto and intensity, not falling victim to the western model of insular retreat. They are optimists.

His diatribe on “exposing the lies of the Empire” has only intensified with time, magnifying his disdain and utter contempt for imperial enterprises. From the amorphous forgery perpetrated to describe China’s Long March and Ukraine’s famine of 1932, and 1933, to the deceit demonstrated in relaying the histories of Soviet Russia and Cambodia under the Khmer Rouge, Andre isn’t holding any prisoners. “What we hardly ever hear is the most important story of mankind — the story of Western colonial plunders, of imposed slavery, genocides that lasted for centuries, of British triggered famines that killed tens of millions in the subcontinent…global holocaust.” 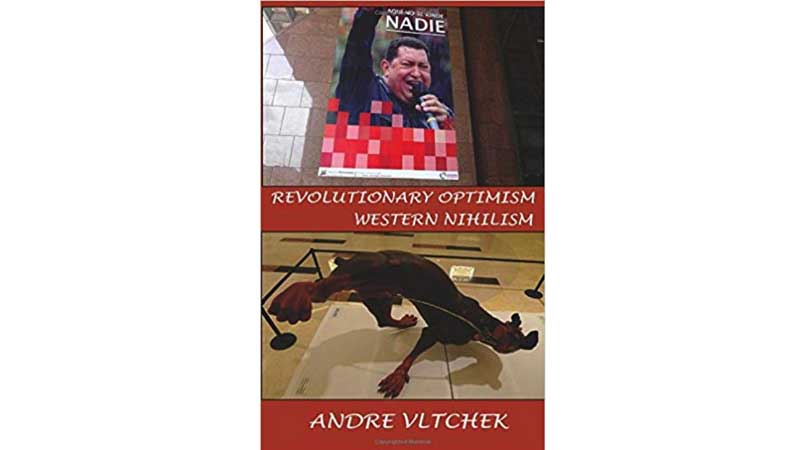 A comfortable conversation this is not — a damning deposition on the western world’s inhumane policies stretching from north to south, east to all the rest, Andre has dispelled the reality from the fiction, the blurred lines that seep into our common understanding of how the world has been shaped and how it marches ahead. It really is ‘us’ and ‘them’, those who understand and those who compel, those who outrage and those who damage, those who revolutionise and those who moderate. Andre belongs to the first, more human division.

His books don’t deserve to be read, they need to be poured over and exhibited to others, taught at centres of higher learning and talked about — not just in concealed corners and hushed undertones but vindictively and gloriously.