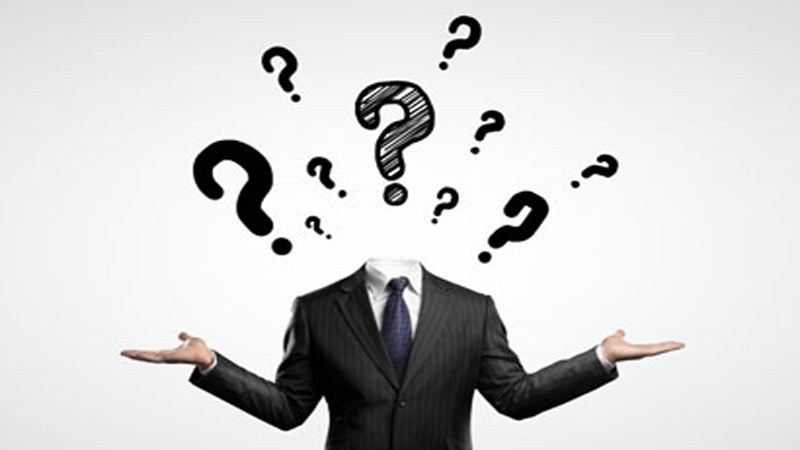 A few years ago, one of my elderly family friends got admitted in the ‘intensive care unit of a hospital due to aspiration pneumonia (after suffering from stroke). Being a medical student at that time, I explained to her grandsons, that since she was unable to swallow properly, her saliva was dribbling down in her airways and collecting in her lungs.

During this grievous and anxious situation, a question by one of her grandson struck me absurd, especially considering that he was about to complete his O’levels from a fairly reputable institute. The question was: “Talha Bhai, we have two lungs, right?”

While still in utter surprise, I forwarded this question towards his cousin, an engineering student, who correctly answered: “Yes indeed, we have two lungs!” Expressing some level of ‘relief’, I remarked, “So at least you know it!” at which, he threw yet another shocker, “Yes I saw two lungs on a cough syrup!” he admitted, while giggling. They both put forth a common excuse for their ignorance – “We are not biology students”.

Fast forward, and another family friend doing bachelors from a nationally acclaimed institute, expressed confusion over the question, “Is Iran the neighbour of Pakistan or Iraq?” When I expressed my surprise in a disappointing way, he defended his ignorance by saying : “See Iraq and Iran are such similar names!”.

Further disappointed, I tried to ‘explain’: “But Iraq is an Arab country while Iran is a Persian country! Iraq underwent a US invasion and then recently witnessed a subsequent rise of communal wars due to terrorist and sectarian violence– and this country is not in our immediate neighbor! Aren’t they very different?” Despite being a ‘bright’ student at the university, the final excuse was : “Geography and History is not my thing!”

While initially I tried to view these personal incidents as ‘outliers’, my ‘optimism’ has been met with harsh realities. Numerous such encounters kept occurring with various people in Pakistan, apart from the online conversations with the overseas Pakistanis and foreigners.

A number of school, college and university level teachers have raised concerns over a trend wherein the students suffice on “exam oriented studies” which secure them good scores/grades at the board and university exams; however, many times, this ‘methodology’ keeps them deprived of the ‘real grasp of the subjects.’ Of course, awareness regarding other subjects and general knowledge will be much less expected from such students.

Along similar lines, numerous professional recruiters have expressed concerns over the deteriorating skills and knowledge among the people they are hiring. Dr Afshan Khattak, a Pediatrician and Professor at a renowned private hospital in Lahore recently echoed similar concerns, “Is Pakistan facing an epidemic of incompetence in many major professional arenas?” Dr Naheed Sheikh, a Professor of Community Health Sciences, also shared relatable concerns, “Professional obsolescence is a burning issue nowadays. It’s a good topic to explore in depth”.

Posts and discussions on social media posts demonstrate that stupidity and bigotry is not only widespread, but is being actively propagated and projected as ‘truth’ and ‘untold facts’

A business man in Lahore told me how he hired a recent university graduate who, quite astonishingly, didn’t even have a grasp on basic English (let alone tenses and grammar). He couldn’t even write the proper spelling of common words like check, president and observe.

This trend, however, is not exclusively witnessed in Pakistan. US, being the most powerful and influential nation, is widely seen as a ‘role model’ by most countries in the world. However, many Americans are now expressing their frustration over the “rise of stupidity” in their nation. An American writer, Alan Caron, lamented about this in an article, ‘America is suffering from a dangerous knowledge deficit‘ in the following words: “The country is drowning in a rising tide of stupidity. It represents a far greater threat to our future than a thousand Islamic State cells or all the nuclear missiles aimed at us from Russia… The Stupid Movement has been on the rise in America since the mid-1950s. But it’s now becoming a mainstream force in our society.”

Issues such as online harassment, racism, religious hatred, denial of established science and a rise of conspiracy theories have clearly turned quite problematic during the recent years. Posts and discussions on social media posts demonstrate that stupidity and bigotry is not only widespread, but is being actively propagated and projected as ‘truth’ and ‘untold facts’.

The decline of the reading habit

In the past decade, people have become reluctant to spend money on books and magazines and instead are into the ‘latest gadgets’. In Pakistan, a number of shop owners complain that book sales has seen a huge decline. Muhammad Faisal, owner of the renowned Al Faisal publishers in Lahore (which publishes a wide variety of Urdu books along with a few English ones) expressed his deep regrets over the fact that ‘the desire to read and buy books has nearly vanished now’. “These books are hard to find in the market now”, he exclaimed when I mentioned works of a few acclaimed works in the Urdu language. “The copies of these books take years to sell”, he regretted while explaining the reason for the unavailability of such books.

A similar trend is being observed elsewhere in the world. Speaking about the US, Michael Kozlowski in an article, ‘Reading books is on the decline’, said: “Here are some heart wrenching statistics: 33 percent of high school graduates never read another book the rest of their lives and 42 percent of college grads never read another book after college. 70 percent of US adults have not been in a bookstore in the last five years and 80 percent of US families did not buy or read a book last year.” Even the fiction and ‘leisure’ reading has witnessed a significant decline. ‘Literary fiction in crisis as sales drop dramatically, Arts Council England reports’ was the title of a report published in Dec 2017 in The Guardian. The fall in printed book sales is not being compensated from the eBooks’ sales either since it too faces a decline, as was reported by Forbes in April 2018.

The importance of reading for the development of human intellect needs no explanation and the above mentioned accounts and statistics clearly present to us a dark picture.

Bye-linguism: When you speak two languages but start losing vocabulary in both of them

While this is a joke on the internet, many experts are noting that the linguistic skills and languages are on a decline. Whereas the ‘internet slang’ is gaining pace, the standard and eloquent use of the languages is getting increasingly archaic. Furthermore, while a few popular languages, such as English, continue to thrive through the internet and other means, many other languages are declining much more rapidly; more so, many of them are at the ‘brink of extinction’. UNESCO’s ‘Atlas of the World’s Languages in Danger’ lists 576 as critically endangered, with thousands more categorised as endangered or threatened. Although Pakistan’s national language is Urdu, English is the formal language of education and work. On the other hand, most Pakistanis don’t speak either of these languages as their native languages are local languages such as Punjabi, Pashto and Sindhi etc. Therefore, unfortunately, a significant number of Pakistanis are unable to adequately express themselves in either English or Urdu. With the ever decreasing lack of reading and proper learning, the grasp on these languages is worsening. More so, Urdu and the local languages are seeing a rapid deterioration as more focus is diverted towards international languages like English.

As we can see from the few examples given above, the trend in the ‘intellectuality’ of our recent generations has recently been disturbing to say the least. Despite the ‘boom’ in knowledge and modes of learning, stupidity, argue many skeptics, is still on the rise. What is this stupidity? An American Philosopher, Steven Nadler, articulates it as such: “Stupidity is a kind of intellectual stubbornness. A stupid person has access to all the information necessary to make an appropriate judgment, to come up with a set of reasonable and justified beliefs and yet fails to do so. The evidence is staring them right in the face but it makes no difference whatsoever. They believe what they want to believe. Not only do they have no good reasons for thinking that what they believe is true — there are often good reasons for thinking that what they believe is false. They are not acting in a rational manner” (How to Fix American Stupidity, published in the Time Magazine in September 2017).

Hence, in the wake of this local and global challenge that is affecting our young generation and can have a drastic effect on the generations to come, we need to acknowledge this growing problem. After admitting that such a problem exists, we will be able to better analyse its various causes and formulate measures to counter it.