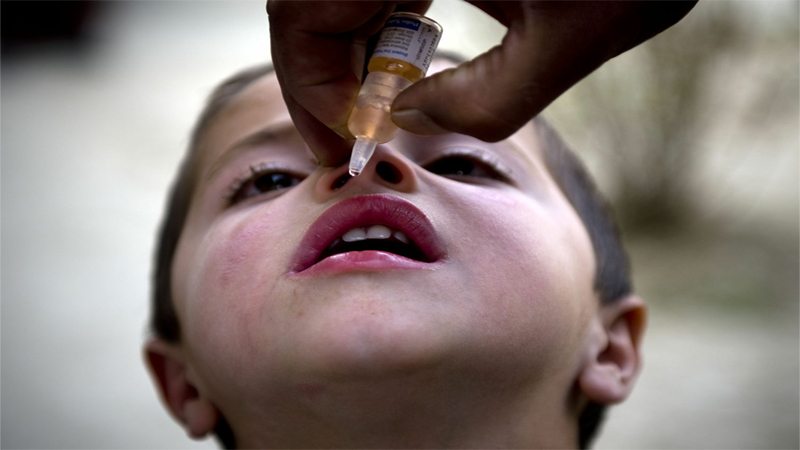 The anti-polio campaign would last three days, which would be followed by catch up of missed children.

Another five days anti-polio campaign in Khyber, North Waziristan and South Waziristan districts, would be conducted from Monday till Friday followed by catch up of missed children.

In the entire tribal districts, 913,193 children below the age of five years would be vaccinated with oral polio vaccine by total of 3,971 teams, comprising 3,666 mobile teams, 216 fixed teams and 89 transit teams.

Wild polio virus has been found in Bajaur through environmental sampling. EOC Coordinator has urged the teams to vaccinate every child coming into Bajaur and all the tribal districts. He committed that all the teams would go beyond the call of duty to implement the Polio Eradication Initiative (PEI) activities for polio eradication.

Mehmood Aslam said “no case emerged in tribal districts for around 26 months because of cooperation of parents/caregivers, relentless efforts of frontline workers,support of partners and commitment of higher echelons.

But these efforts need persistence to stop virus from circulating in remaining few pockets of tribal districts for polio eradication.” Technical Focal Person EOC TDKP Dr. Nadeem Jan urged parents/caregivers to continue cooperating with Sehat Muhafiz (polio workers) when they knock on their doors to “be part of making history by complete eradication of polio and stopping its transmission in tribal districts”.

He emphasised that “we need to maintain performance with same determination and diligence until eradication is achieved.”

Tribal districts have completed its two years without any polio case in the region on July 27th, 2018.