* An independently elected MPA who later joined PTI was inducted in the first phase; the strength of the cabinet swells to 41 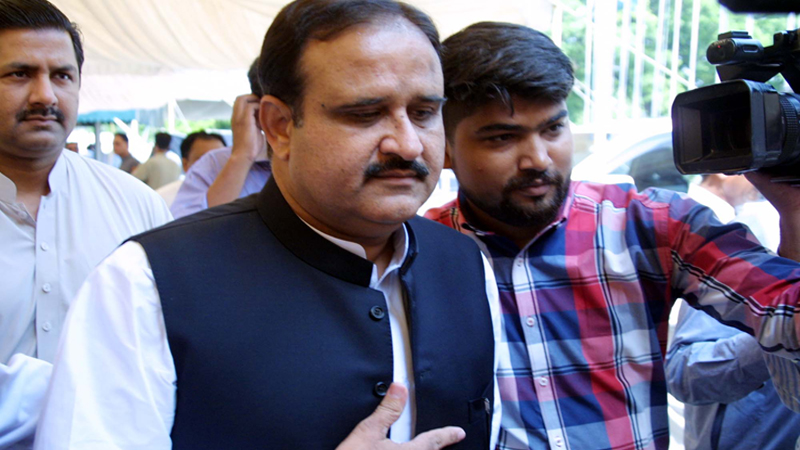 Lahore: As many as 13 of the 17 new additions to the cabinet in Punjab on Friday were elected as independents, and later joined the Pakistan Tehrik-e-Insaf (PTI), enabling it to take lead over the Pakistan Muslim League-Nawaz (PML-N) and form the provincial government.

An independently elected MPA who later joined the PTI was inducted into the cabinet in the first phase as well. Rai Taimoor Bhatti, an MPA from Jhang, was given the portfolio of Ministry of Sports and Youth Affairs.

The strength of the cabinet led by Chief Minister Sardar Usman Buzdar now stands at 41, 24 inducted in the first phase and 17 in the second phase.

Of the 17 inducted in the second phase, nine have been inducted as ministers, three as advisors and five as special assistants, according to a summary prepared for the purpose.

Saeed ul Hassan was elected as an independent from PP-46 Narowal, but later joined PTI. He is the sajjada nashin of Pir of Morara Sharif and has also served as the provincial minister for Auqaf and Religious Affairs in Pervaiz Elahi-led provincial government in the Musharaf era. Mehar Aslam Bharwana won as an independent candidate from PP-127 Jhang and joined the PTI. He has reached the Punjab Assembly for the fourth time. Syed Hussain Jahania Gardezi, another independently elected MPA, represents PP-204 Khanewal now from the PTI platform. He was PML-N’s MPA in 2013-18 term. In Elahi’s government, he had served as the provincial minister for Food.

Others elected independently who later joined the PTI and have now been awarded ministries are Muhammad Ajmal Cheema (PP-97 Faisalabad); and Shoukat Ali Laleka (PP-238 Bahawalnagar). Laleka has also been elected an MPA for the fourth time.

Zawar Hussain Warraich got elected on a PTI ticket from PP-224 Lodhran; Chaudhry Muhammad Akhlaq from PP-36 Sialkot; Ashifa Riaz from PP-122 Toba Tek Singh; and Ijaz Masih on a reserved seat for minorities. Ashifa Riaz served as a minister for Women Development and Human Rights in Elahi’s cabinet. Her husband Riaz Fateyana has also served as a minister.

All three of the advisors to the CM inducted in the second phase were elected as independents, and later joined the PTI. Sardar Abdul Haye Dasti was elected from PP-270 Muzaffargarh, Faisal Hayat from PP-125 Jhang; and Hanif Pitafi from PP-289 Dera Ghazi Khan.

After the July 25 election, 29 independents were elected to the Punjab Assembly. With the PML-N leading with 129 MPAs, and PTI trailing with a narrow margin of seven seats at 122, none of the two were in a position to form the government on their own. In the following days, meetings were held between the main leadership of both parties and delegation of independents, and finally the PTI managed to woo the independents into its fold, enabling it to end the N-League’s stranglehold in the province.

A PTI lawmaker, commenting on condition of annonymity, said that with the induction of so many MPAs who were elected as independents, both Chaudhry Sarwar and Jehangir Khan Tareen would now have a tight grip over the provincial government’s affairs.

Provincial Information Minister Feyyazul Hasan Chohan told Daily Times that the portfolios for the new ministers would be decided in the cabinet meeting scheduled for Saturday (today). Dismissing concerns over the large number of independents who later joined PTI, he said there was nothing illegal or unlawful in the move since they were all elected representatives. He mentioned Mian Mehmoodur Rasheed, Dr Yasmin Rashid, Dr Murad Ras and himself as examples of PTI workers inducted into the cabinet. However, he refused comment when asked about the examples of Chaudhry Zaheerud Din, Raja Basharat, Aleem Khan, Sabtian Khan, Sardar Asif Nakai, Sardar Hasnian Bahadur Dareshak and Mian Aslam Iqbal, all of whom were ministers in Elahi’s government.