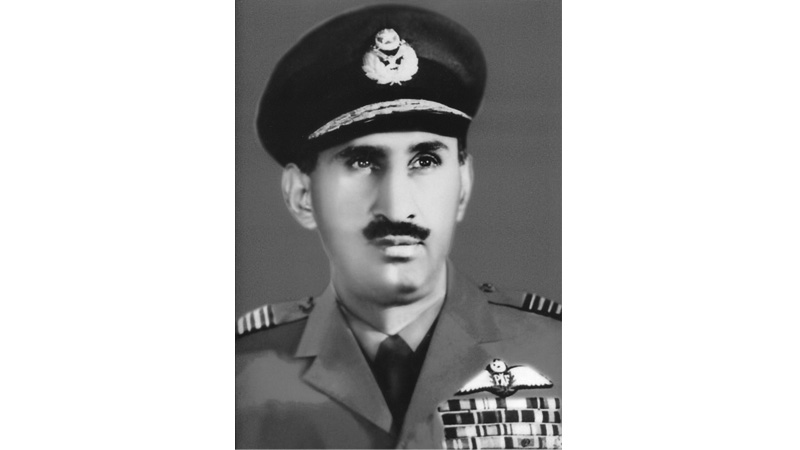 On 23 Jul 1965, Nur Khan was back in PAF from PIA as its C-in-C. He took quick briefs and underwent a conversion on advanced jet fighters on the PAF inventory. Being away from fighter cockpit for about six years, he did quick checkout on T-33, before converting on F-104, the Star fighter. He also flew Sabres and soon got into the groove.

As C-in-C of PAF, he established the foundations of aggressive tactics, construed the time according to situation, and adopted ways and means that were in the best interest of service. As a true leader, he knew the art of winning hearts and minds of the under command. He remained involved in the affairs of the PAF airmen, cared for them and took actions that raised their morale.

Under the visionary leadership of Air Marshal Nur Khan, the aim of PAF was to neutralise selected vital elements of IAF by strikes in strength against them in order to reduce the margin of superiority of IAF, thereby preventing it from interfering effectively in the land battle. His plan worked well and PAF did superbly in the war. The resilient PAF pilots under him blasted the enemy aircraft out of skies and shattered them on ground; they pounded their airfields and installations and demolished their radars, and they smashed their tanks and guns on the battlefield and blew their trains on the tracks. With their Sabres, Star fighters, B-57s and even C-130s, (with any weapon) came in handy. Even with Harvards and T-33s, they wrought such havoc in the enemy’s ranks that he had no stomach left to fight.

Despite all its weaknesses and lapses in the face of an opponent four times its size, the men in blue under the legendary command of AM Nur Khan came out of the duel with flying colours. Much credit goes to the icon, AM Nur Khan.

As PAF Chief, it was his leadership that in 1965 War, he led a small but courageous and well-trained air force, that faced and knocked out three times bigger air force. Each one gave his best during the war. The world saw him, his war strategy, and his force that gained air superiority in the first 24 hours. The war ended with lot of success and glory. While expressing his feelings about being an aviator and war, he said, “It was good fortune to have assessed the situation correctly and to have commanded an organisation of 100% dedicated pilots, ground crew and technicians’, the performance of men was far beyond the expectations.”

Citation of the Gallantry Award: AM Nur Khan assumed command of PAF in Jul 1965. During 1965 war, he set a personal example by flying several operational missions that kept the morale of his officers and men at an exceptionally higher level. His inspiring leadership and selfless devotion to duty significantly affected the course of air war in which PAF managed to dictate terms to an overwhelmingly larger and better-equipped enemy. For his valour, courage, and distinguished leadership during 1965 War, he was conferred upon the gallantry award of Hilal-i-Jurrat.