Azad Kashmir — a ‘state of exception’ 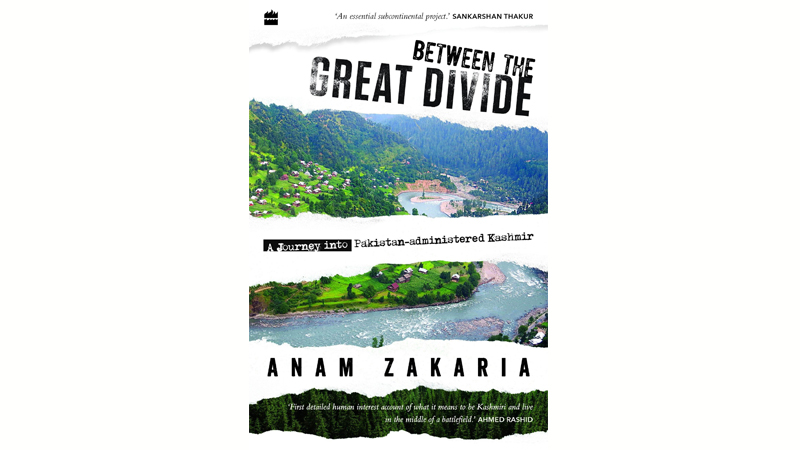 Every modern state uses effective means of violence in order to consolidate its hold on people within a given territory. The people then in turn are differentiated on the basis of their loyalty towards the state.

In such circumstances, states can either elevate a person to a position of citizen or reduce him to a figure called ‘homo sacer’ whose life and death makes little sense and can be killed anytime by anyone with impunity. The life of ‘homo sacer’ in a ‘state of exception’ is reduced to what Italian philosopher, Georgio Agamben, calls a ‘bare life’ or ‘accursed life’ which is outside the legal protection and thus always susceptible.

Life in Jammu and Kashmir on both sides of the Line of Control (LoC) has also been reduced to a ‘bare life’ where forces enjoy impunity to kill anyone seen as threat to the nation state and its narrative.

The literature produced earlier did not shed light on the susceptibility of the lives of people rather it focused mainly on Indian and Pakistani claims on Kashmir. The people’s narrative came into limelight only after the outbreak of the indigenous insurgency in the Indian-administered Kashmir in late 1980s. The post-insurgency scholarship in addition to production of fiction, memoirs, poetry and movies shifted the focus towards people highlighting their devoured social life. The excessive use of force by Indian forces was amply documented, but in this process the other half of Kashmir on other side of the LoC remained comparatively underrepresented and almost unexplored.

They blame Pakistan for introducing Islamic fundamentalist outfits which not only gave the movement an Islamic twist but crushed the nationalist sentiment as well. ‘By linking Islam with the Kashmir cause,’ a former Kashmiri militant tells Anam, ‘Pakistan cost us azadi’

Lately, scholars have started writing about Azad Jammu and Kashmir (AJK) in order to understand the region. The book under review is the third major book on AJK in recent years. The two other books were written by Australian Academician Christopher Snedden and anthropologist Cabeiri DeBergh Robinson. Snedden’s book offers a new perspective of the Kashmir dispute and touches upon the political disempowerment of the people in the region and Robinson in her much acclaimed book looks at the transformation of Kashmiri refugees into Jihadists and the role of Islam, if any, in this transformation. Both these books are rigorous academic works based on their fieldwork and an array of important secondary sources.

The book Between the Great Divide: A Journey into Pakistan-administered Kashmir by Anam Zakaria draws little from the available scholarship and instead of explicitly giving her own opinion she meticulously relies on interviews to explore the human account of war and tries to document every minute detail of what people of AJK and refugees living there have gone through. Perhaps knowing what it means for a Pakistani to write such a book, Anam very carefully clarifies at the outset that her objective is to explore “the impact of shelling in Azad Kashmir”, giving an impression that this again is an exercise of documenting Indian atrocities but through interviews, she skillfully manages to bring to fore the unaddressed socio-political and economic grievances of the people as well. The book is a result of her eight detailed trips to the region especially to Muzafarabad and Neelum Valley from 2014 to 2017 where she conducted interviews of men, women, children including Kashmiri refugees who had crossed over from the valley to evade Indian repression, militants who had come to Pakistan for arms training, the Kashmiri nationalists who seek equal distance from both India and Pakistan and relevant officials in Pakistan and AJK.

The book is divided into three parts. The first part touches upon the origin of the dispute and documents the senseless violence that the opportunistic fighters called tribesmen unleashed along their way into Kashmir Valley. The interviews of partition survivors and nightmarish stories of non-Muslims – Hindus and Sikhs – shape the initial part which is followed by interviews of Kashmiri refuges and former militants.

The Kashmiri refugees and militants in AJK and Pakistan have witnessed a traumatic life on both sides of the border. After the insurgency broke out in Indian administered Kashmir the Indian forces came down heavily on everyone without distinguishing between militants and civilians. Thousands moved to AJK to escape from the violence unleashed by Indian forces after insurgency broke out in Indian-administered Kashmir. They had left everything in the valley in the hope coming back in couple of months but after nearly three decades they are still living a miserable life in different refugee camps. The people of Pakistan and most Kashmiris are oblivious to them, but Anam reaches out to these people and shares their side of the story. Peace still eludes these people that time forgot. ‘They are like zinda lashein, psychologically disturbed and ready to brainwash.’

Former Kashmiri militants are also skeptical about the role that Pakistan played. They blame Pakistan for introducing Islamic fundamentalist outfits which not only gave the movement an Islamic twist but crushed the nationalist sentiment as well. ‘By linking Islam with the Kashmir cause’, a former Kashmiri militant tells Anam, ‘Pakistan cost us Azadi’.

The author takes us to the areas of Neelum valley where almost every single family has suffered. Anam skillfully engages the women of Athmuqam and produces a fascinating compilation to highlight, and at the same time cautions us about the complete shift in their behavior from being enthusiastic supporters and sympathizers of mujahideen and the Kashmir movement to a situation where the mere sight of mujahideen fills them with abhorrence. The traumatic stories of living inside dark bunkers without food for days together and not being able to go out amid continuous shelling to pick up dead bodies of their loved ones provides an interesting contrast against what is happening in Indian-administered Kashmir.

In second part of this book the author tries to make sense of state perspective in order to deconstruct the official narrative vis-à-vis Kashmir. Despite lacking a coherent strategy for Kashmir, Pakistan’s stand has remained uncompromising so far. The author very briefly discusses the wars that Pakistan fought with India over Kashmir. She hurriedly discusses the 1971 war as well, because the Simla Agrement reached between Zulfikar Ali Bhutto and Indira Gandhi at the end of the war detrimentally impacted Kashmir, changing the ceasefire line into LoC and making the Kashmir dispute a bilateral issue to be resolved by India and Pakistan without any third party intervention thereby further sidelining the voices of Kashmiri people across the border. It was indeed a typical case of Pyrrhic victory for Pakistan.

The Simla Agreement cost Azad Kashmiris their autonomy. The 1970 Act that had established a presidential system of government was replaced with 1974 act which till date acts as the Interim Constitution of Azad Kashmir. This act created the Kashmir Council with Pakistan’s prime minister acting as its chairman and all important matters are handled by Kashmir Council leaving insignificant and politically trivial matters for AJK government to legislate on.

Finally the dissident nationalist voices appear in the last section giving readers a sense of how Pakistan is no different than other modern nation-states when it comes to guarding political and ideological boundaries of the state. Drawing from the insights of various Mirpuris, who still yearn for a unified and independent Jammu and Kashmir, the author highlights various layers of control – ideological, militaristic, financial and educational – operating in AJK that make it easier for Pakistan to hegemonise the discourse and keep the region within the bounds of the state.

AJK has the same relationship with Pakistan as a dog leashed to a tree (analogy used by Charles Tilly in his book ‘Formation of National States in Western Europe). There is an illusion of freedom but the leash sets the limit beyond which a dog can’t afford to venture. Similarly Azad Kashmir is azad only in letter and not in spirit. Every important decision is taken by the government of Pakistan without even bothering to consult the AJK government. When in 1960s Mirpuris protested against the construction of Mangla Dam which later led to the displacement of more than 100,000 people, they were repressed by Pakistani forces. Even now when many more hydropower projects are propping up in AJK under the China Pakistan Econmic Corridor (CPEC) they can’t ask for royalty, disbursed only to provinces as per Article 157 of the Pakistan Constitution.

It is worth mentioning that with the construction of Mangla Dam and the resultant displacement, migration and relocation of Mirpuris the nationalist voices were considerably weakened because Mirpur had traditionally been a site for pro-independence activities and people were comparatively more aware about their identity and politics. Many nationalists have been killed since then ‘for their politics.’ Every attempt of nationalist voices to reach out to masses is thwarted by the government. Ironically, the government is not allowing publishers to publish literature that challenges the dominant statist narrative and strengthens the nationalist sentiment. In March this year 16 such books were banned including the book ‘Maqbool Bhat: Life and Struggle’ written by Shams Rehman, a Mirpuri based in United Kingdom who has been perceptive witness to harsh treatment meted out to nationalists by Pakistani state.

This book is a timely and valuable addition to the existing literature about Azad Kashmir and will surely be helpful in understanding the complexities of the region. What makes the book more formidable is author’s ability to beautifully weave a coherent narrative out of the scattered voices of the forgotten victims of the conflict. Her flair for asking rather very disturbing questions without offending the interviewees is amazing and it looks like she is audaciously peeling layer after layer to reach the core of the issue. But at the same time author’s tendency of accepting everything that people say and its extrapolation is little problematic. Besides this, little attention has been paid to the historical part which otherwise demands more time and rigor. At one point the author acknowledges that Snedden’s book ‘Kashmir: The Unwritten History’ has provided a ‘rare and significant perspective on Azad Kashmir’ and has been critical to her understanding of the region but just some pages later, she surprisingly ends up quoting polemic of Rahul Pandita on Tribal invasion, thus negating the core argument of Snedden’s well researched book.