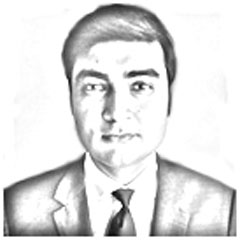 Before we go any further, one has to take a step back and ask, how did we get here

On his first day on the job as Minister of Finance, the top item on Asad Umar’s agenda will be addressing the looming balance of payment crisis and the $12 billion financing shortfall. His options will be few and unpleasant. He can approach the International Monetary Fund (IMF) for a bailout – which could sap the life out of PTI’s economic agenda for the next five years – and will be made more difficult because of the chaos in Washington DC. He could also reach out to the Chinese, which threatens to further weaken Pakistan’s capacity to negotiate fair trade. If not China, the Pakistan Tehreek-e-Insaf (PTI) government could also reach out to the Saudis, but this risks getting Pakistan bogged down in various regional conflicts.

The optimal outcome will most likely be a combination of all of the above, with a minor portion raised through bond issues from overseas Pakistanis and international investors. Decisions taken in this regard over the next three months will significantly colour fiscal and economic policy over the next five years and will have large implications vis-à-vis Pakistan’s foreign policy.

Before we go any further, one has to take a step back and ask, how did we get here? The long answer is that our exports (worth around $27-30 billion) and remittances (around $19-20 billion) are almost stagnant and FDI almost immaterial (USD 2-3b). Imports have increased from around $50 billion to $66 billion between FY15-18. Out of this $16 billion differential, around $ 4-5 billion (our imports from China increased by USD 4.5b during the same period) could mostly be attributed to CPEC related imports (power generation, machinery, steel, trucking, construction). Petroleum imports (the single largest import item for Pakistan) increased by $5 billion between FY16-18 to levels more in line with historical oil prices. It is important to note that apart from the price increases, energy demand has continued to grow during this period.

With a very basic piece of legislation, the PTI government can enforce mandatory motor vehicle insurance over the 20 million or so vehicles in the country, which by conservative calculations should generate around $1 billion in insurance premiums per annum

Remittances are not expected to meaningfully increase in the short to medium term as the GCC countries (source of roughly 60 percent of Pakistan’s remittances) are expected to remain challenged on the macro front (and will push for even more localisation of workforce at the expense of expats) owing to the expected long-term decline in oil demand and increasing competitive pressure on the supply side with cost of production of US shale producers dropping every passing year. FDI remains non-meaningful as the vast majority of CPEC projects have little equity component and are primarily debt financed. Pakistan has been unable to attract FDI from elsewhere during a period when massive amounts of capital were hunting for meaningful investment opportunities over the past decade.

This brings us to the crux of our problem, i.e. stagnant exports, which Prime Minister Imran Khan rightly pointed out in his first address to the nation. The primary culprit here is the hard-cold fact that Pakistan’s economy is globally uncompetitive. Over the last several decades, we have been unable to meaningfully increase productivity, diversify our economy beyond textiles (approximately 50 percent of our exports) and have missed successive technological revolutions in IT, Biotech, cleantech etc. The skill-set (and sometimes work-ethic) of a vast majority of our labour-force remains woefully inadequate for everything from low skilled to high skilled jobs. Key inputs of production such as electricity are expensive or unreliable compared to key regional competitors (an outcome of our misguided power policies over the last two decades). While we can keep on devaluing the rupee to provide a short-term boost to our primarily non-value added, commoditised exports; without fundamentally addressing the key issues (which require a medium to long-term outlook) we will not be able to change the course of our economic trajectory.

The new Government is in a bind. It doesn’t have the resources to fund its economic agenda, particularly around job creation or funding major infrastructure (such as Diamier-Bhasha dam) and must find new avenues. While it has rightly made reforming and expanding its key priority to bridge this gap, the government also needs to consider other innovative (but proven) funding options which can be rapidly deployed in yield-producing infra-type investments (such as the power sector) and other productive areas of the economy:

“Tabung Haji”, a sovereign fund from Malaysia (managing $17 billion in funds) is one such model. Imagine a Shariah-compliant investment fund built up with annuity-based deposits of 180,000-200,000 Pakistani Hajjis per annum (currently spending approximately USD 500m annually) looking to go for Hajj which not only deploys capital in productive investments but also provides best in class Hajj services to its citizens.

Establishment of a dollar denominated annuity-based fund focused on the 8-10 million overseas Pakistanis, which guarantees them a pension or affordable housing in Pakistan based on their investment preferences. This should be particularly attractive to expats living in the GCC (half of the total Pakistani expats) where most cannot settle permanently. Even if only one million Pakistanis contribute a thousand dollars per annum to such a fund, this would entail $1 billion inflows for the Government per annum.

Globally, some of the largest accumulators of funds (and deployers of capital) are in the insurance sector, which is pitifully undeveloped in Pakistan. It is a relatively cheap and scalable model of funding on which massive investments firms have been built. With a very basic piece of legislation, the PTI government can enforce mandatory motor vehicle insurance over the 20 million or so vehicles in the country, which by conservative calculations should generate around $1 billion in insurance premiums per annum. Government owned entities such as State Life along with the private sector should take the lead in this and productively deploy these funds.

The above ideas are just some of the avenues the new Government can explore as it takes on the massive economic challenges Pakistan currently faces. Given the high goals set by premier Imran in his first address to the nation, the economic team needs to think out of the box in order to successfully fund the Government’s development agenda.

Salman Khalid is a senior emerging markets investment professional and a former Fulbright Scholar. He can be reached on salmank@gmail.com