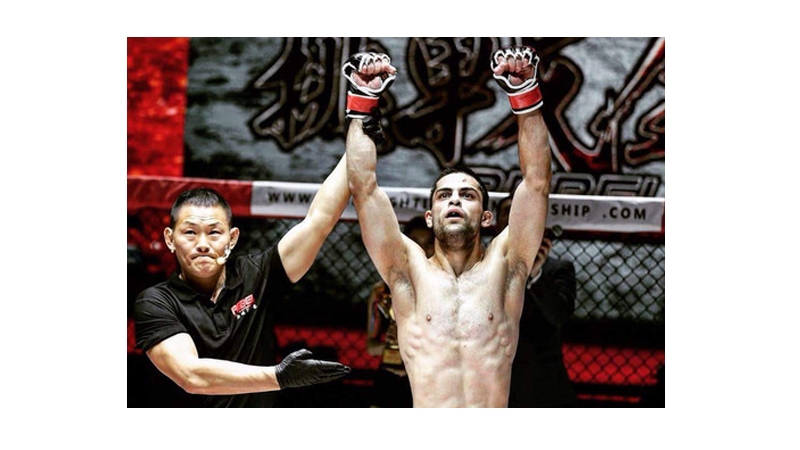 Pakistan’s mixed martial arts (MMA) starlet Mehmosh ‘the Renegade‘ Raza is confident of winning his first international gold as he fights for the Aspera FC vacant featherweight title against Adonis Sevilleno on August 26 in Philippines.

Mehmosh, who has been on quite a run as of late, said he does not know much about his opponent, but he is studying Sevilleno and believes he has enough trickery in his arsenal to overcome the Filipino martial artist.

He added that Sevilleno is a Filipino, so one could expect some good boxing. However, if his opponent is not as good as presented, then he will be in for a long night, the Pakistani star warned.

Aspera FC, a Brazil-based MMA promotion will debut in Asia and has its vacant featherweight title on the line.

About the fight, Mehmosh has no doubt that there would be fireworks. “I can’t wait, it is going to be a war,” he said.

The 23-year-old also spoke to Daily Times about his training camp saying that it was all going smooth. “The fight camp is going very well at Dragon Warrior MMA and we have made the game plan. InshAllah, I will give my 100 percent and bring that title home,” he said.

In March, the Renegade scored a dominating unanimous decision victory over veteran Ukrainian fighter Igor Gryckiv at the Rebel FC-7 Fight in Shanghai, making his presence felt at the international arena.

The Islamabad-based fighter is one of the promising young names in Pakistan’s ever-evolving MMA industry.

He has featured in numerous high-profile fights in a short span including his battle against Haroon Durrani at Fighting Alliance 5, which remains to date one of the finest showcases of the martial arts in the country’s history.