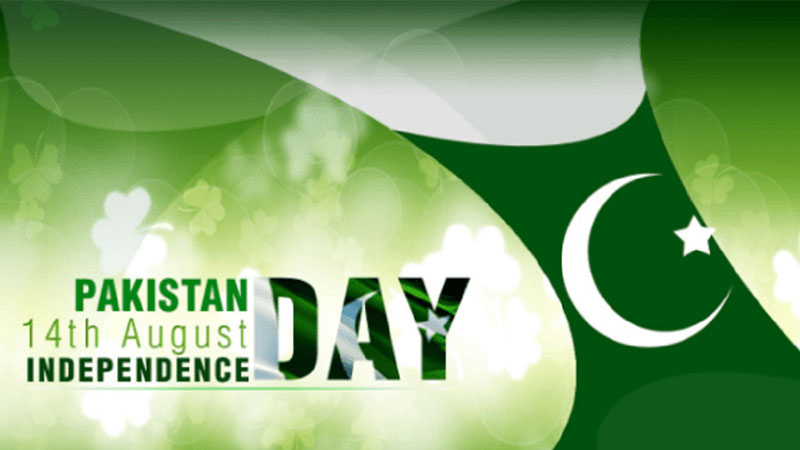 Pakistan’s ambassador to China Masood Khalid started the proceedings of the event by hoisting Pakistan’s flag.

Speaking to the occasion, the Pakistani ambassador to China expressed his good wishes to Pakistani community and urged the community to take pride in being citizens of an independent country.

The ambassador also talked about the strong bond of relationship Pakistan and China share, and declared China-Pak economic corridor very vital for Pakistan’s economic success and for the overall prosperity of the region.

The event was followed by reading out the Independence Day messages from President Mamnoon Hussain and caretaker prime minister Nasirul Mulk.

The message from the president pressed Pakistanis to follow the footsteps of Quaid-e-Azam and Allama Iqbal, to get rid of the complex issues, currently being faced by Pakistan. President’s message said, “National days are celebrated with the purpose of educating society, particularly the new generation about the objective and the struggle for the attainment of Pakistan.”

”Let us on this day renew our pledge to build Quaid’s Pakistan and pay tribute to our heroes. To those who have put their heart and soul towards ensuring that our freedom is not marred by any internal or external factors.”

On Tuesday Billboards and banners congratulating Pakistan on its 72nd independence day were put up in Iran’s capital, Tehran.

The hoardings were put up on highways and bridges, across the Iranian capital. According to the news from radio Pakistan, Iran’s supreme leader Ayatollah Ali Khamenei, also congratulated Pakistan on its 72nd independence day.

Few days earlier, in a call to PM-elect Imran Khan, Iran’s President Hassan Rouhani, stressed on the need of improving bilateral relations of both countries. Rouhani also talked about improving bilateral trade. Khan in reply wished the same and accepted the invitation of Iran’s president to visit Iran.

In this effort, local buses of Berlin carried photos of Pakistan’s beautiful landscapes which included the picture of Pakistan’s highest peak. The picture of the official football for FIFA world cup 2018, which was made in Sialkot Pakistan, was also displayed.

According to a private TV channel, Pakistan’s ambassador to Berlin, while speaking on the initiative said,” We are endeavouring to showcase beautiful Pakistan, which is perhaps the best-kept secret in the world of tourism.”

The timing of such an enterprise is important for Pakistan to attract a lot of tourists from around the world, since Berlin is usually flooded with tourists in summer. Seeing the pictures on the buses would possibly change Pakistan’s outlook in the world.

This initiative was part of the celebrations organised by Pakistani embassy in Berlin on 71st birthday of Pakistan.

Pakistan’s embassy in European Union’s capital Brussels celebrated 72nd Independence Day by organising a flag hoisting ceremony. A large number of community members from different parts of Europe were present in the ceremony.

Pakistan’s Ambassador to the European Union, Belgium and Luxembourg, Naghmana A Hashmi, did the flag hoisting. Speaking on the ceremony, Ambassador Hashmi stressed upon the need to follow Quaid-I-Azam’s principles of Unity, Faith and Discipline in better interest and spirit of achieving respect in the community of nations.

Ambassador Hashmi paid rich tribute to the people of Pakistan. She said that as a nation, people of Pakistan made huge sacrifices, not only while attaining independence, but even afterwards. Ambassador recalled the 70 thousand Pakistani lives lost in the war on terror, including the armed forces, police and civilians.