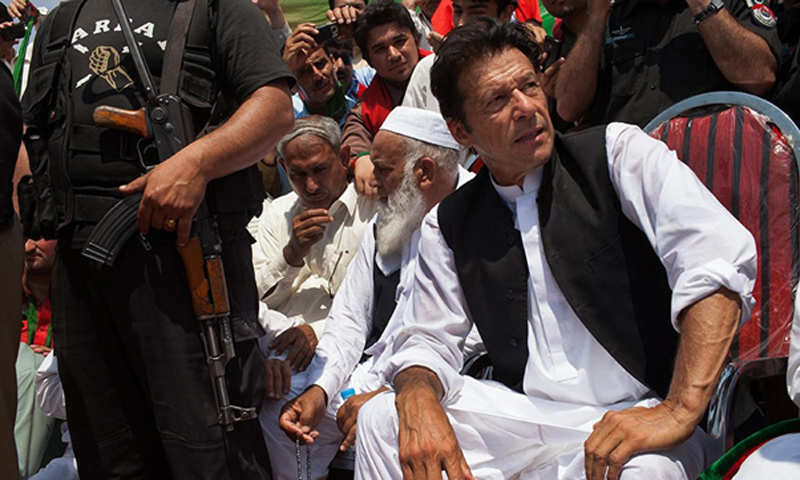 As Pakistan faces a number of vexing regional and international challenges, Prime Minister-designated Imran Khan will come into office with little foreign policy experience. Whether it’s inconsistent US-Pak relations or managing nuclear tensions with India, Khan’s ability to steer foreign policy will depend on his relations with Pakistan’s powerful army, which has historically set Islamabad’s course on international affairs. Khan and his his party Pakistan Tehreek-e-Insaf will come to power amid a complex international environment, as momentum is growing in the Afghan peace process and Pakistan’s burgeoning relationship with China will be challenged by a looming debt crisis fueled, in part, by Chinese loans.

How will Pakistan’s relationship with India shift under the new government?

While I am encouraged by the initial messages exchanged by the two sides since the elections, I do not see India softening its position on Pakistan. Pakistan unfortunately has become a domestic political issue in India and with Prime Minister Modi’s government, set to go into the election cycle next year, it’ll be difficult to pull back from that.

To be sure, I don’t rule out a meeting between the prime ministers of India and Pakistan and some positive overtures may also be forthcoming thereafter. However, I do not see India changing its “pressure Pakistan” strategy and I don’t see Pakistan giving into it by taking forceful action to eliminate anti-India terrorist outfits. So, we are stuck—the sad part is that the “we” here is nearly a billion and a half Indians and Pakistanis.

On the nuclear front, both sides are continuing to modernise their forces and will likely do so for the foreseeable future. India’s ballistic missile defence shield is, frankly, a high-cost, low-return proposition and is unlikely to be effective in the India-Pakistan context. However, Pakistan is responding by increasing its offensive capability. There is also little doubt that both sides will end up with a sea-based deterrent that all but assures a second-strike capability. Simply putting, it means that enough of one’s nuclear force can survive the enemy’s attack that you can launch a retaliatory strike. This is as assured as deterrence gets. Pakistan also has tactical nuclear weapons that ostensibly deter a limited conventional Indian attack.    Ultimately, I don’t think the election result is going to affect Pakistan’s India, or Afghanistan, policy that much. The outgoing PML-N government had a forward-looking approach to these relationships but could hardly move the needle on them for various reasons—domestic and regional. Imran Khan is unlikely to have better luck.

Will the Afghanistan-Pakistan relationship change? What about Pakistan’s role in the Afghan peace process?

As I mention above, I do not think that Pakistan’s Afghanistan policy will change much under Imran Khan and his PTI party. That said, things may improve between Pakistan and Afghanistan because of the recent efforts to initiate a peace process involving the Afghan Taliban. A peace process can create a natural convergence of interests between Afghanistan and Pakistan.

I think there is certainly an opportunity for a fresh start. Already, efforts have been made to improve the Afghanistan-Pakistan relationship and things seem to be getting better. Khan will have to work very closely with the Pakistan army that leads Afghanistan policy to ensure that the “state” of Pakistan can speak coherently and offer opportunities to improve relations with Afghanistan. Realistically, he’ll have to play second fiddle to the army on this. On the Afghan side too, a more conducive environment needs to be created for President Ghani to continue working on improving ties without facing political backlash.

The difference between India-Pakistan relations and Pak-Afghan relations is that unlike the former, in the latter case, there are positive developments on the ground in Afghanistan that are opening up space for a peace process that Pakistan has always wanted, and the Afghan government has now found space to pursue. So, there is a greater convergence of interests between the two sides than before.

How might Pakistan’s relations with the great powers (e.g., China, Russia, the U.S.) change?

Prime Minister-in waiting Imran Khan does not have a foreign policy profile yet so it is difficult to say how he will conduct himself in office on this count. That said, his impression in the the United States has not been positive in the past. He is considered as a hardliner on the US and his previously sympathetic stance toward the Afghan Taliban is often noted. At the same time, there is not much information on his views about China and the terms under which the China-Pakistan Economic Corridor has been agreed. So, we’ll have to wait and see.

Still, for now, it is safe to say that he will face the same challenges any Pakistani prime minister would given the growing competitiveness, and tension, in the US-China relationship and the fact that Pakistan has quite swiftly moved into the Chinese camp as a principal ally. I believe the policy makers in the US will wait and see but their starting point is fairly skeptical.

China, however, cannot be a substitute for the US relationship—the Chinese are the first to admit that. The US remains crucial diplomatically, economically, and militarily. The post-Cold War world has rewarded countries that have managed to operate positively in multiple big power camps at the same time—not those that pick and choose, which was the norm during the Cold War. So, to my mind, US-Pakistan relations need to improve (for the benefit of both the Washington and Islamabad) even as China-Pakistan relations grow. If relations with the US do not improve, Pakistan will be forced to be overly deferential to China, which isn’t good for a balanced relationship.

I will note though that Khan’s finance minister-in waiting, Asad Omar, who spoke at a recent USIP event on Pakistan’s elections, was quite forward leaning and I felt hit all the right notes in terms of Pakistan’s need to work with the US and specifically recognised the blunder it will be if Pakistan ignored the importance of this partnership even as ties with China continue to grow.   I think the Pakistan-Russia relationship is somewhat exaggerated by commentators in Pakistan. Moscow is more measured about it in my experience. That said, it is true that there is a clear improvement in the Moscow-Islamabad relationship and this is partly a function of growing tensions between Pakistan and the US and between the US and Russia. On Afghanistan, I don’t see any realistic possibility of a Russia-Pakistan partnership against the US that wouldn’t make sense for anyone. Rather, ultimately Afghanistan’s solution lies in the Afghan government, US, and Pakistan working together to find a common vision for a political settlement in Afghanistan that assuages the concerns of all the main actors —domestic and regional.