Livestock Dept says there is no threat of Congo virus 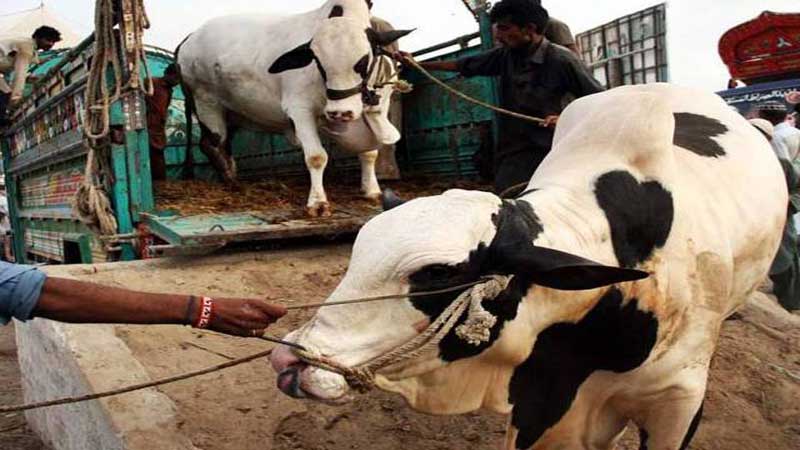 LAHORE: The Punjab Livestock Department has claimed that there is not threat of Congo virus in the province.

Talking to Daily Times, Livestock and Dairy Department Director (Communication and Extension) Dr Asif Rafiq said that there was no threat of Congo virus as all sacrificial animals were being thoroughly sprayed for protection against ticks at 166 pickets established at entry and exit points of the province to ward off the disease.

Dr Asif said that three inter-district checkposts had also been established to spray sacrificial animals before being brought to cattle markets. He said that the spray was also tested by the department to ensure the health of people on the eve of Eidul Azha.

Dr Asif said that the cattle mafia had played up the so-called threat of Congo virus, discouraging people to buy animals from small vendors who bring their cattle from far flung areas to big cities to make a small fortune on Eidul Azha.

“Small farmers own only five to seven animals that they take care of throughout the year and there is no question of any ticks in them.”

Chaman Khan, a small vendor who had brought his animals to Lahore for selling on Eidul Azha, said, “I had to pass through many checkposts while coming to Lahore and every time I was dejected by the cattle mafia. They have their own agenda and small farmers like me either have to pass through these difficulties or go back home without earning anything. We raise our herd and animals and how can we let them have ticks carrying any virus. We ensure their cleanliness but we are being victimised and discouraged.”

He demanded a strict action against the cattle mafia spreading fake news of Congo virus spread.

“Our officers are deputed on all the entry and exit points and they are efficiently checking all the animals being brought to cattle markets. We generate a report on a daily basis, which includes the number of vehicles entering the city, said Dr Asif.

“Congo virus does not reside in every tick. Experts say that it is a special kind of tick known as Hyalomma tick and it is the carrier of Congo virus. Transmission to humans occurs through contact with infected ticks or animal blood. There was no Congo Virus case reported in the last two years and this year, too, the department was taking best measures to check and control the disease,” he concluded.