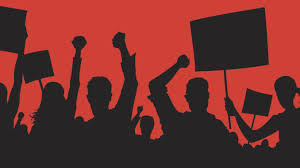 General elections, 2018 are over, leaving a debate over the credibility of election results. Imran appears to be the cynosure for forming the upcoming government in center. Despite reservations from the country’s political diaspora and reservations from various international watchdogs Imran enjoyed support from majority of young cohorts and others who have never been interested in the polls scheme as we have seen their up rise in GE 2013. However, most of them remained triumphant this time while acquiring a national identity; merely staying as a homeopathic soldier at trolling social media brigade.

Shahbaz and his team have tried vigorously to obscure majority at federal arena with much cited popularity among masses referring the pre-poll surveys and overwhelming outreach on 13th of July, 2018.  The PPP solely retaining its vote bank at 6.91 million while losing almost half a century old Layari seat.  ANP chief lost it’s home ground, Maulana Fazalur Rehman lost the the constituency,  Achakzai being a tribal chief is also among these candidates. So,questions may arise whether GE 2018 seems to be a sequel of elections, 1990 under the grip?

Much has been observed while dispelling and dejecting left wingers and stern media curbs. Politicization of judiciary and judicialization of politics have persistently continued tempering the ever-new democratic project in Pakistan. Administrative frame work shatters as of greater influence of other state institutions.

Also Read: True spirit of democracy is need of Pakistan

Apparently, TLP secured the numbers 2.19 million, ranking as fifth from top among other major political parties in a debut contest; a ravishing start indeed. MML has also secured a daring status with in the political lattice. Totting, where we ought to propel as a nation? as extremist outfits turn out to fetch yet challenging latitude with in the electoral politics. It would be as daunting as far as our national political discourse is concerned. Seemingly consolidated by either upcoming PTI governments at center, KPK and Punjab while one must keep on considering Khan’s teetering and dubious stance while state vowed to eliminate terrorism, dated back to 2014. He appeared to have sympathies with TTP and other banned outfits.

Khan’s recent embracement to multiple extremist factions across Punjab is alarming to its nature. National action plan had already been dismantled and we have faced disappointed on various fronts-one must foresee the outcome of all those dismaying factors since, we have been classified in a list of grey’s at FATF with an entitlement of terror financing state. How would that trans morphed command rather powerless in its kind would aim to defend all those labels before international leaders at UN general assembly by the end of 2018.

Political discourse; denouement marks a historically powerful opposition in National, Punjab assemblies and the Senate of Pakistan subsequently. One must look forward as how much effective it could be in terms of defining national interest and how critically it would strengthen and further restrict the state institutions within the constitutional limitations. Whatever the reservations are pertaining to GE 2018, all political stake holders must respect the mandate to oneself and others; poise their concerns first with in the parliamentary commission while emerging with entire plausibility and concrete evidences. Supremacy of parliament lies with in the corroboration of the parliament.Dust must be settled with in the parliament so as to hinder the perforation of other state institutions and non-democratic elements residing both inside and external folds.

Preserving a tempered democracy is the need of the hour-upholding constitution and admiring the scope of the parliament would pacify the political scenario and unrest between worthy state institutions. It would be a juncture expounding national discourse of the country with empowering national security and economy-further it would elucidate the scanty image of Pakistan across the globe.