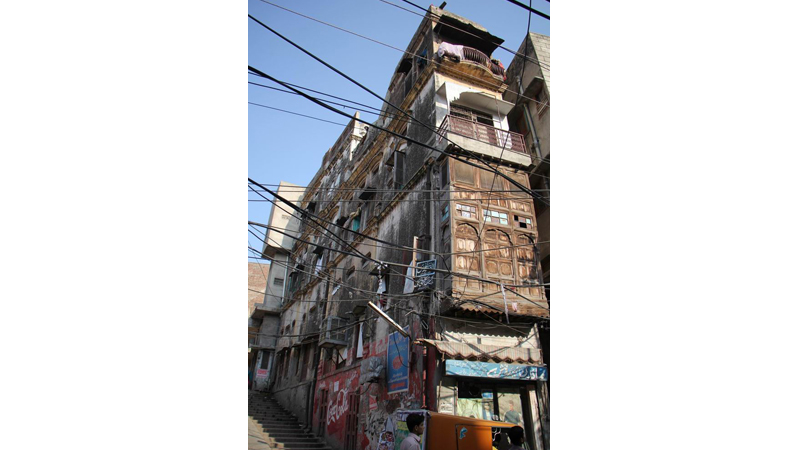 LAHORE: The Walled City of Lahore Authority (WCLA) is starting conservation of two high architectural merit houses in Moti Tiba inside Bhatti Gate Lahore with an amount of Rs 7 million.

The conservation process will start next week and would be completed in three months’ time as the buildings are huge and intricate in design.

Sources informed that buildings located on Moti Tiba were extremely derelict and were among the dangerous ones of the Walled City, Lahore and needed immediate repairs. Sources further added that if the buildings were not repaired on time they would collapse during monsoon and thus Bhatti Gate would lose significant works of architecture.

Sources were of the opinion that many heritage and old buildings inside Bhatti Gate had previously collapsed or had been changed into commercial units and thus Bhatti had lost most of the architectural value which was intact until a decade ago. Sources said that the only way to save the remaining heritage was to preserve and enlist them which should be done by the concerned authority which is WCLA.

A resident of Bhatti Gate, Muhammad Shafi was of the opinion that Moti Tiba was of immense value for the people. He said that many tourists came to Bhatti Gate to see and photograph these buildings for their intricate structures and heritage feel.

“Families are residing inside these buildings and if they collapse, the families would also suffer. They cannot afford the maintenance and repairs of the houses and this is the reason for the poor state of the houses at present,” Muhammad Shafi said, while talking exclusively to Daily Times.

She said that Moti Tiba inside Bhatti Gate was one of the most interesting sites as it was a mound and had stairs similar to the elephant stairs inside Lahore Fort.

“It is said that the entourage of Mughal emperor Aurangzeb used those stairs and were built during his rule. The beauty of the surrounding buildings is stunning and it reflects true architecture of Lahore. It is important to save the heritage that is left in the city and WCLA is taking immediate steps to save them,” Tania Qureshi added.

WCLA Conservation & Planning Director Najamus Saqib, also while talking exclusively to Daily Times said that the conservation of the two main buildings located at Moti Tiba was to be started next week whereas all the documentation was completed. Najamus Saqib further said that the façade and infrastructure rehabilitation of Bhatti Gate will also be done similar to what has been done on the Delhi Gate Trail.

“The Bhatti Trail being one of the most important trails inside Walled City had been on our priority list after the completion of Delhi Gate Trail. We have documented all the buildings on this trail and estimates for the trail’s conservation are being prepared. Before starting the rehabilitation of the entire trail these two buildings are being conserved on priority as they are high architectural merit and dangerous due to aging and neglect,” he said.

“Most of the people living in heritage homes including these two which we will be conserving, cannot afford the repairs and maintenance of their houses as they belong to low income groups. That is why WCLA has taken up the conservation of such antique houses to save the heritage of the city. These two buildings would be conserved with an amount of Rs 7 million and would be completed in three months time. The entire façade will be conserved along with the wooden balconies, interior of the houses, ceilings and floors. Wherever there are traces of fresco will also be conserved. The water leakage and other infrastructure improvements will also be repaired and the building will be conserved so that it survives for at least the next 100 years,” Saqib added.