Turkey, US in diplomatic crisis after ministers hit by sanctions 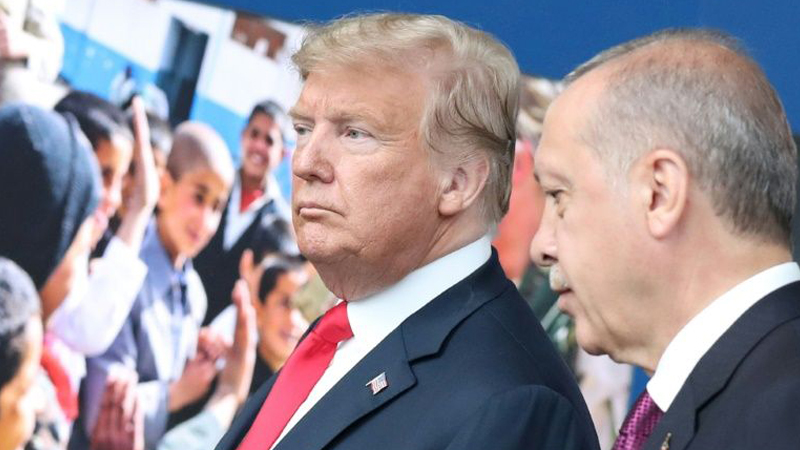 Turkey and the United States were on Thursday locked in the most serious diplomatic crisis between the NATO allies in years after Washington slapped sanctions on two senior Turkish ministers and Ankara vowed to retaliate.

Tensions have ratcheted up in recent weeks over Turkey’s detention on terror charges of American pastor Andrew Brunson, who was first detained in October 2016 and was moved to house arrest last week.

The move to house arrest of Brunson, who led a Protestant church in the Aegean city of Izmir, inflamed rather than defused tensions, with President Donald Trump and Vice President Mike Pence warning Turkey it faced sanctions.

The sanctions targeting Justice Minister Abdulhamit Gul and Interior Minister Suleyman Soylu freeze any property or assets on US soil held by the two ministers, and bar US citizens from doing business with them.

“These officials serve as leaders of Turkish government organisations responsible for implementing Turkey’s serious human rights abuses,” the US Treasury Department said in a statement Wednesday.

The Turkish foreign ministry warned that the move “will greatly damage constructive efforts” to solve outstanding issues and told Washington it would retaliate.

“Without delay, there will be a response to this aggressive attitude that will not serve any purpose,” it said. President Recep Tayyip Erdogan, who is to chair a meeting of Turkey’s top military council, has yet to comment on the sanctions.

But on Wednesday he vowed Turkey would not give in to threats from the United States, accusing Washington of showing an “evangelist, Zionist mentality”.

The standoff appears to be one of the most serious crises between Turkey and the United States in modern history, along with the rows over the 1974 Turkish invasion of Cyprus and the 2003 US-led invasion of Iraq.

“A scandalous decision from Washington,” said the headline in the pro-government Hurriyet daily. “A historic rupture,” added the opposition Cumhuriyet.

The row over Brunson escalated last week when Pence, like the pastor an evangelical Christian, said Turkey would face “significant sanctions” if this “innocent man of faith” was not freed.

His language was immediately echoed by Trump, who had enjoyed a relatively warm relationship with Erdogan and was even reported to have “fist-bumped” the Turkish president at a NATO summit last month.

US Secretary of State Mike Pompeo spoke Wednesday with his Turkish counterpart Mevlut Cavusoglu, and has plans to meet him next week to demand Brunson’s freedom, the State Department said.

The court trying Brunson has repeatedly refused to allow him to go free. The next hearing is October 12 with the pastor facing 35 years in jail if convicted.

He is accused of acting on behalf of two groups deemed by Turkey to be terrorist organisations — the movement led by US-based Muslim preacher Fethullah Gulen who Ankara says was behind the 2016 coup bid and the outlawed Kurdistan Workers’ Party (PKK).

The row over Brunson is just one of a number of disputes which have buried any hope of a warming of ties under the Trump presidency.

Ankara and Washington are at odds over American support for a Kurdish militia in Syria and the United States is extremely wary over Turkey’s growing cooperation with Russia and its deal to buy Russian air defence systems.

Two Turkish employees of US consulates in Turkey are also currently in jail on terror charges and another is under house arrest, while several Americans have been caught up in the crackdown that followed the failed coup.

Turkey is meanwhile furious the United States has failed to extradite Gulen, who lives in rural Pennsylvania, to face trial over the coup bid.

Soylu tweeted that the only thing Turkey wanted in the United States was Gulen’s group, vowing “we won’t leave that there, we will get it!” Gul meanwhile dismissed the sanctions, saying “I have neither a tree planted nor one penny in the US or any other country outside of Turkey.”

The sanctions rattled financial markets with the Turkish lira hitting five to the dollar for the first time in history. The currency has lost four percent against the dollar in the last week alone.