How Margaret Bourke-White gave a face to Indian partition 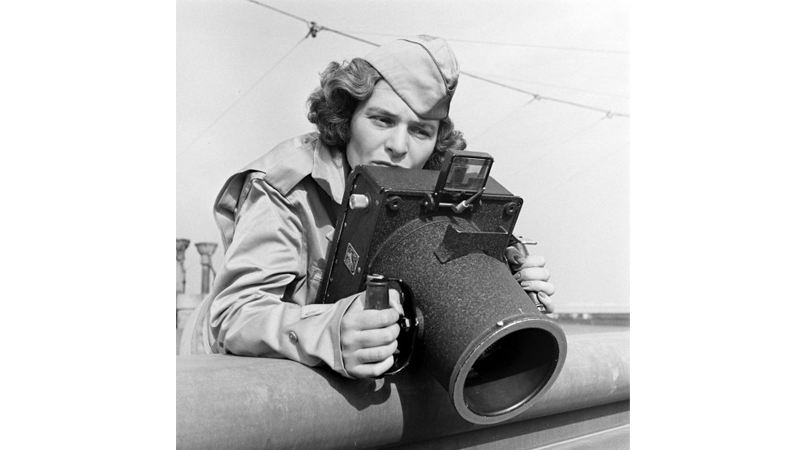 Margaret Bourke-White was an American photojournalist who came to India in 1947 to photograph Mohandas Gandhi and capture the migration between East and West Punjab.

The photos she took have now gained an iconic status because there are very few images available of the mass exodus. Bourke-White, a pioneer who risked her life for bringing forth the most intimate peek into the summer of 1947, is now credited for her sensitive and humanistic images.

In this video interview, we can hear her explain how she covered the second World War, a remarkable feat for a woman photojournalist in those days. This is the fieldwork that prepared her for the summer of 1947.

Once in India, she retained the same focus: people, their facial expressions and their plight. She explains how she didn’t want to play it safe during the World War and went to the areas where bombing was taking place. She had to ‘plead’ to the authorities to be able to go to the bombing sites.

Bourke-White’s alacrity in this interview is contagious. She always took her work as an adventure and it is more than visible here.

One of her colleagues who escorted her in the field also comments in the video. “She could see a face and after five seconds after seeing the face she would turn to me on a story and say find out who he is. We want him in the story. I don’t know why he is going to be in the story and figure out some reason.”

Bourke-White as a woman was more just as amazing as she was as a photojournalist. Born at the start of the 20th century, Bourke-White was came by decades before the era of sexual revolution and feminism, yet made the heroic choices even modern women would be reluctant to make, particularly in a war zone.

Today, it is hard to imagine the partition because the times have changed so much. But we have Bourke-White’s black and white images of disease, starvation, bloodshed, helplessness and grief during the partition. The caravans of refugees, on foot, bullock-carts, trucks and trains – their faces and despair have been eternally preserved thanks to her courage.

Bourke-White was the first internationally acclaimed woman journalist who covered almost all the significant historical events in the first half of the century. She was the first female photographer at the Life magazine and the first westerner to be accredited in the Soviet Union and the World War II in the combat zone. But for us in India and Pakistan, she was the only person to capture and archive the Indian Partition as a human tragedy.

There is a need to recognize her services more widely in India and Pakistan.

This article is part of a series on partition called the Partition Diaries. It will include a piece related to partition every day from the August 1 to 15.