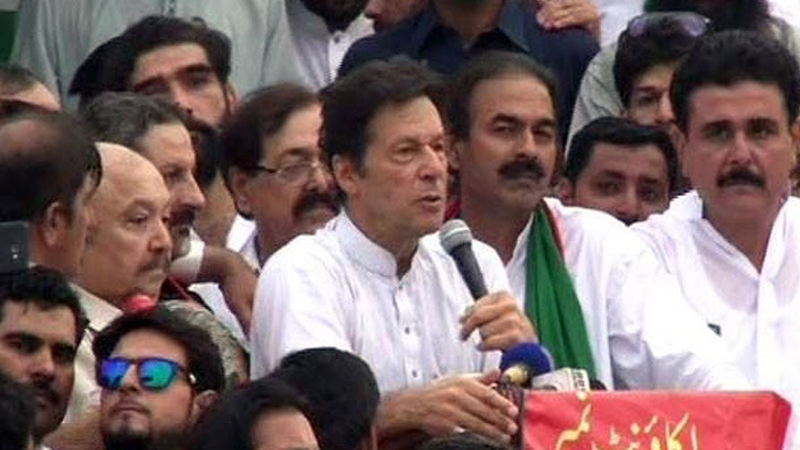 KARAK: Pakistan Tehreek-e-Insaf (PTI) Chairman Imran Khan Saturday said that he had struggled day and night during the last many years to eliminate corruption from the country.

Addressing a rally in Karak, Imran said if elected to power, his party would introduce a new system in the country. He said corruption was the biggest issue of the country.”We held local government elections in Khyber Pakhtunkhwa … now we will improve the local government system across the country,” he said.”We will strengthen the national institutions, including the National Accountability Bureau (NAB).” Launching a tirade against his political opponents, Imran Khan said that former prime minister Nawaz Sharif and his daughter Maryam Nawaz were sent to jail over corruption, adding that the Adiala Jail is waiting for the corrupt elite.He said that PPP and the PML-N have signed a ‘charter of democracy’ and the increasing price of dollar is the first gift of that agreement. The PTI chairman said that the people of Karak are sensible and will elect the right people in the upcoming elections.