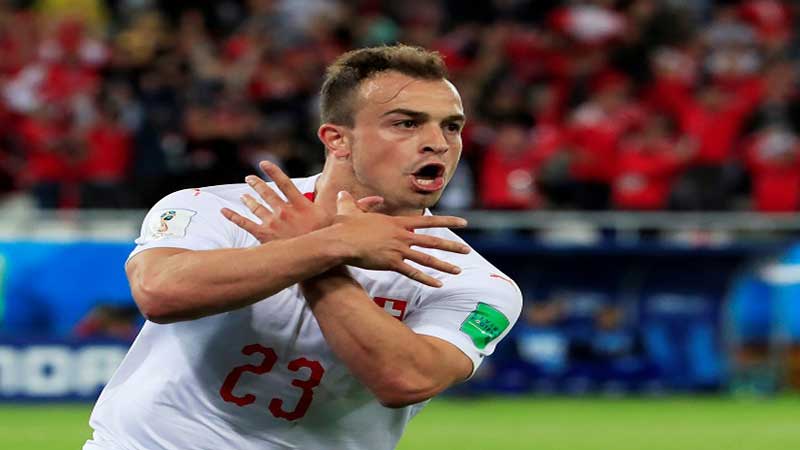 MOSCOW: The reaction of the Panamanian television presenters said it all. As their national anthem rang out before the country’s match against Belgium, David Samudio Garay clenched his fists, waved them in the air and bear-hugged his colleague Miguel Remon who was crying with emotion. The pair then exchanged high-fives. Meanwhile, in distant Iceland, 99.6 per cent of all television viewers tuned in to watch their country’s match at the tournament against Argentina. That is what it means to a country when it plays at the World Cup for the first time. For much of the year, national team football is seen as an unwelcome intrusion into the European club season. The best-quality football, it is generally accepted, is found in the Champions League, as former Manchester United manager Alex Ferguson spelled out when he once dismissed the World Cup as “better than going to the dentist”.

But a month of compelling action in Russia has shown that the World Cup still holds a unique appeal and ability to bring entire nations to a standstill. It is vastly more democratic than the club game, where the same few big-money European clubs dominate the main competitions every year – a dominance that is set to get stronger thanks to a revenue distribution system which is weighted heavily in their favour.

The World Cup, on the other hand, allows countries such as Iceland, Panama, Costa Rica and Uruguay to take centre stage and face bigger nations on a level playing field. Teams obviously must be selected from the players their country produces, and there is no dipping into the transfer market to fill in gaps, thanks to strict nationality rules that ensure richer nations cannot buy their way to success by offering cash to top players. “Money talks – but not at the World Cup,” said former Scotland coach Andy Roxburgh, a member of FIFA’s technical study group. This means that Croatia, barely on the radar at club level, where the country acts as a supplier of talent for leagues in Western Europe, has been able to reach the final of the tournament in Russia.

While upsets in club football are increasingly rare, there has been an abundance of them at the World Cup. Brazil and England both needed injury-time winners to beat Costa Rica and Tunisia respectively, while Mexico and South Korea beat world champions Germany, and Japan took a 2-0 lead against Belgium before being dramatically overhauled and losing 3-2. There is the remarkable case of Uruguay, who reached the knockout stages for the third time in a row despite having a population of only 3.3 million. “I have had great satisfaction at club level in many countries in many parts of the world, but nothing gives me the same satisfaction as coaching my country’s team,” said coach Oscar Tabarez. The 32-team format looks ideal, big enough to offer the chance to countries such as Panama and Iceland to qualify for the first time and small enough to ensure that qualification remains an achievement in itself. Still, FIFA will increase the tournament to 48 teams from 2026, which could make qualification a formality rather than a challenge for many teams and has also forced a change to a less workable format involving groups of three in the first round.

FIFA is also planning to create a so-called global League of Nations, staging an eight-team tournament which would in effect be a mini-World Cup every two years, while plans are afoot for a 24-team Club World Cup every four years. “I see there are big teams in Europe who have ideas about competing with the World Cup,” said Tabarez. “But no other event, in times of peace, grabs the attention of as many people as a World Cup.”