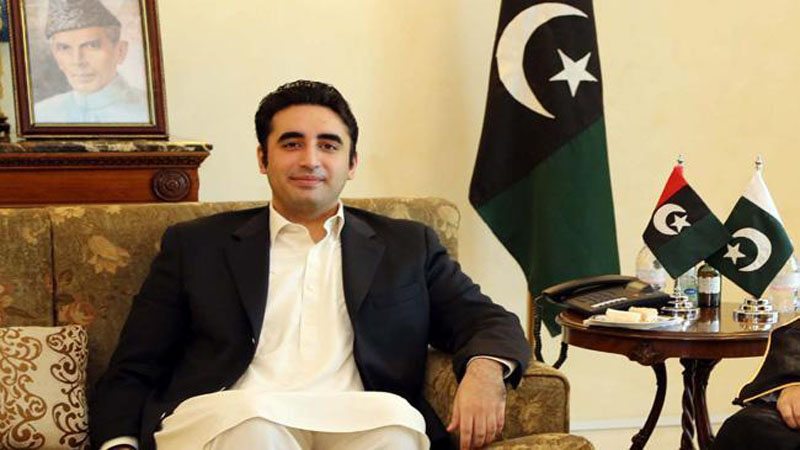 With his party’s impressive track record in the area, analysts believe that the PPP chairman is in a strong position for the July 25 poll in NA- 8 (previously NA-35, NA 26, NA-16 and NA-15) Malakand, particularly because the campaigns of both his major rivals in the constituency have been marred by internet rifts.

Although there are 13 candidates in the race for the seat, Bilawal Bhutto’s main competitors will be Junaid Akbar of Pakistan Tehreek-e-Insaaf (PTI) – the winner in 2013 – and Maulana Gul Naseeb Khan of Muttahida Majlis-e-Amal (MMA). Inam Ullah Khan of Awami National Party (ANP) is also expected to put up a decent show.

There are 386,449 registered voters in the constituency that covers the entire Malakand district.

In previous general elections, the voters of ‘mini-Larkana’ have elected PPP candidates on the single NA and two provincial assembly seats (PK-18 Upper Malakand and PK-19 Lower Malakand) more times than they have elected candidates of any other political party. For example, during the last 10 general elections since 1970s, Malakand sent PPP candidates to the National Assembly four times. The local government in Malakand is also under the control of PPP-backed candidates.

On PP-19, PPP has fielded Muhammad Ali Shah Bacha, who has retained the seat since the last three general elections. In 2002, he secured the seat at a time when the MMA had almost clean swept the Malakand division. He managed to retain the seat even during the PTI’s wave in 2013, when the PPP could won only three provincial seats in the province.

Muhammad Humayun Khan is the PPP candidate for PK-18. He is a former finance minister who has also served as the district nazim of Malakand. Though he lost to PTI’s Shakeel Khan in the 2013 general election, but his supporters claim that his chances have improved this time with Bilawal’s entry into the district’s politics. During their campaign, both Humayun Khan and Ali Shah Bacha are reaching out to party supporters and exhorting them to come out to secure ‘victory for Bilawal’.

Though PTI won the seat in 2013, many locals complain that the party did not serve Malakand region well. They mention that PTI MPA Junaid Akbar remained at loggerheads with Chief Minister Pervez Khattak throughout the five-year term. Khattak didn’t even meet Akbar whenever he visited the district, locals complain. Infighting within the PTI Malakand chapter has further affected Akbar’s campaign. Fazal Muhammad, former district president of PTI in Malakand, is contesting the upcoming election as an independent candidate. He enjoys the support of Naik Muhammad Khan, former president of PTI Malakand division, who also ran against Imran Khan in PTI’s intra-party election for the post of chairman.

The campaign of MMA’s Maulana Gul Naseeb Khan, a native of Lower Dir, is also marred by internal rifts in his parent organisation, JUI-F. Maulana Shamsul Haq, a key JUI-F leader in Malakand district, is contesting as an independent candidate in protest against his party’s decision of award ticket a non-local.