‘Khaani’ — the end of a new beginning 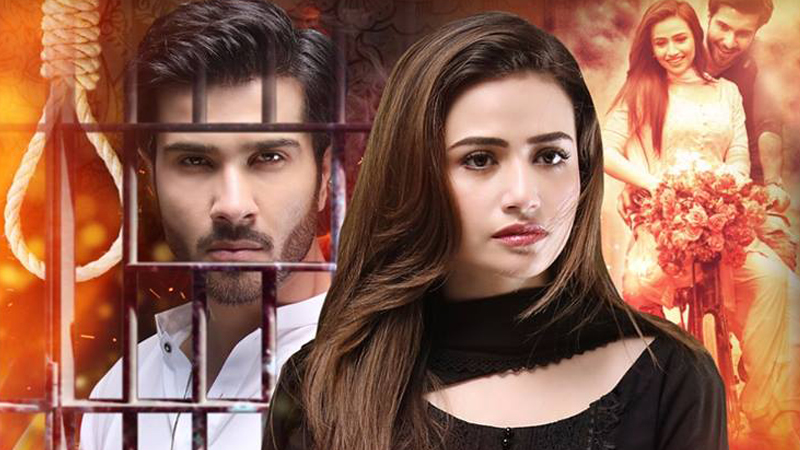 The last episode of this megahit drama, Khaaniaired on Monday. And what an ending it was, one that has mesmerised all the followers and satisfied their beings to the core. From the fans of Feroze Khan to those who believed that justice should prevail, Khaani has been able to gratify each and every one of its lovers.

So here is what happened in the last episode.

The forgiveness of a mother

This is something that most of the audience had forseen the previous episode. Sitara, mother of Mir Hadi, had begged Khaani’s mother Sonia, for forgiveness, not just for her son but for herself as well. The episode starts with Sonia pleading with Khaani to forgive Mir Hadi for his sins.

Of course, Khaani refuses at first but she is persuaded both by her father and husband. Her father also stated one of the wisest dialogues of the drama. He said, “Yaqeen mano Khaani, maut se zada uske liye saza, zindagi hy”. This sentence alone was the epitome of the entire serial. How a person living with the guilt and burden of his crimes is worse than being punished with a death sentence. Rashid Farooqui could not have said his lines any better!

The end depicts that Khaani is leading a happy life with her family, having been blessed with a son. Mir Hadi had started teaching his fellow jail inmates and also seems to have found peace within him

The drama continues with uncertainty of whether or not the death sentence has been evoked.

Acceptance of fate and repentance

This is the fate of Mir Hadi as well as his mother. They are both resigned to their fate and have no other choice but to repent until their last breath.

Mir Hadi gets his last wish

This is perhaps another central point of the last episode. Just when Mir Hadi is about to be hanged, a court order arrives, informing all that his last wish has been granted. Khaani, along with her husband and lawyers arrive at the cell to grant Mir Hadi’s last wish of meeting her. Hadi begs for forgiveness for all his crimes and Khaani grants it along with a lifetime imprisonment sentence. This pushes Hadi to the brink who had been hoping for a quick death and respite from a life without Khaani in it.

The end depicts that Khaani is leading a happy life with her family, having been blessed with a son. Mir Hadi had started teaching his fellow jail inmates and also seems to have found peace within him.

Before the credits rolled, producers of Khaani ran two lines where they thanked the Almighty for His favor on them by letting Khanni attain the success it did as the most hit drama serial of Pakistan. It can’t be denied that Khaani indeed had an excellent end. Sana Javed, Feroze Khan and everyone else will always be commended for their brilliant performances.