Asad Ahmed sets the stage on fire with ‘Will You’ 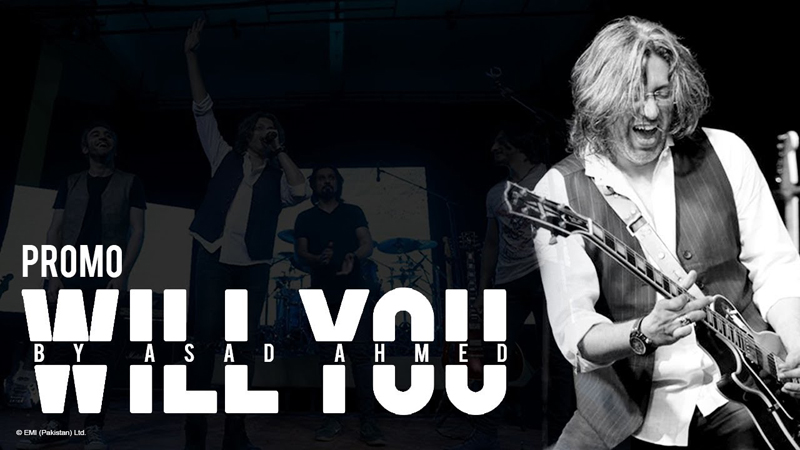 Asad Ahmed has released his third music video from his debut solo album, “Rebirth” under the record label “EMI” Pakistan titled “Will You” and it is truly captivating from start to finish.

The video and the audio of the track are executed with such energy and dedication that it is completely flawless. No matter how much one praises it, it still won’t be enough for a track as good as “Will You”.

Directed by Amaan Ahmed, the music video captures the energetic vibe of Asad Ahmed and his band performing passionately, not giving a care about what is happening around them. . There is nothing more left to say about the video apart from the fact that you should probably watch it right now and be prepared to get Goosebumps.

As far as the audio is concerned, it feels like a track that perfectly cages the ambience of an action based television show, film or a video game. I would recommend this as a great addition to your playlist, however, please be really careful while driving because it is likely to give you the urge to drive faster.

The question arises that what does “Will You” actually mean? And why is the track called “Will You”? Perhaps this is a mystery that has remained unanswered intentionally to give listeners the freedom to interpret and connect with the song in their own way they deem fit.
In my opinion it’s about not giving up your goals and coming back stronger after going through all the tough times because things will get better eventually and those who once mocked you will envy you when you bring yourself up from all the hardships you went through. Even though this is just my interpretation; other people might see it the same way or not which is up to them but one thing we all can agree on is how amazing the track is.