Why is a dystopian tale striking a chord with women today? 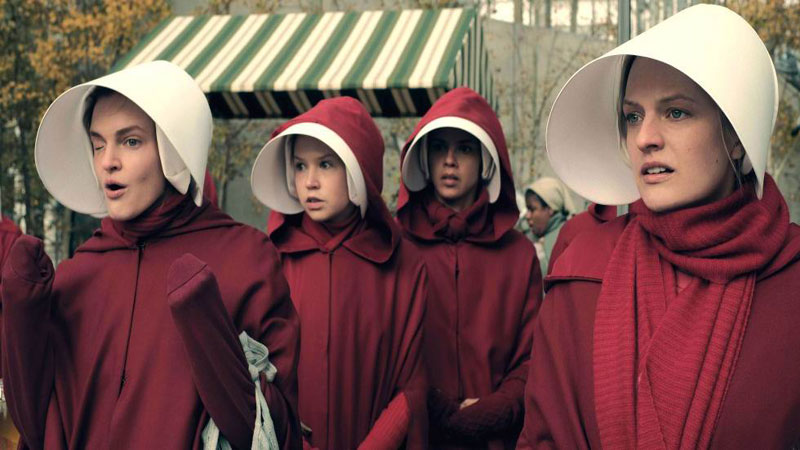 While US women today might take many freedoms for granted as their birthright, they also zealously guard them and are on the lookout for any signs of the rights might be in danger. Perhaps that is the reason why a dystopian tale where women are treated as sex slaves has struck a chord with them.

Based on a classic novel by Margaret Atwood, Hulu’s hit series, The Handmaide’s Tale, is the story of life in the dystopia of Gilead, a totalitarian society in what was formerly the United States. Facing environmental disasters and a plunging birth rate, Gilead is ruled by a twisted fundamentalist regime that operates on a ‘return to traditional values’ system. In a desperate attempt to repopulate a devastated world, the few remaining fertile women are forced into sexual servitude.

Based on a classic novel by Margaret Atwood, Hulu’s hit series, The Handmaide’s Tale, is the story of life in the dystopia of Gilead, a totalitarian society in what was formerly the United States

In the last US presidential election, history was made when Hillary Clinton became the first woman in the country’s history to have her name on the presidential ballot. To honour this monumental achievement, US women proudly wore the ‘I Voted’ badges and visited the gravesite of Susan B. Anthony, a social reformer and women’s rights activist who played a pivotal role in the women’s suffrage movement. They paid this tribute to her to remind themselves that it has only been a hundred years since women were legally allowed to vote. It might be hard for us as Pakistani woman to imagine US women feeling vulnerable of their rights.

The show has gained massive critical success, while Elizabeth Moss has won an Emmy for her portrayal of Offred.

Although a tale of a dystopian world, the show’s groundbreaking content has provoked discussions and debates about abortion rights in the US. A woman-centric show, it has gained spotlight in the post-MeToo era when the US entertainment industry was rocked by the Harvey Weinstein scandal last year and many other prominent Hollywood stars also saw their downfall following the titan’s.

While everyone everywhere seems to be talking about consent, The Handmaiden’s Tale goes way beyond the question of consent. 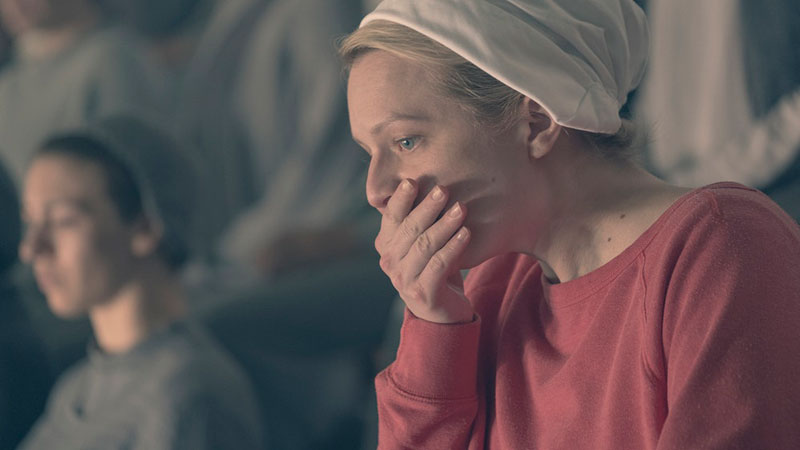 The question is why US women seem to be not only watching the show, but also relating to it.

As one of these snowflakes, the answer is simple: men.

The fact remains that while women everywhere have made various strides in achieving what should have been their birthright, most policy-makers and decision-makers are (sadly) men. Issues such as a woman’s right to choose and equal pay, issues that seem simple, have been made complex by those in charge.

While sex slavery of the show seem far from happening in today’s world, the fact remains that those in power, the ones that give a woman the ‘permission’ to do what they wish with their own bodies, voices and life, remain men. Keeping this in mind, maybe there is a little bit of Offred in all of us.