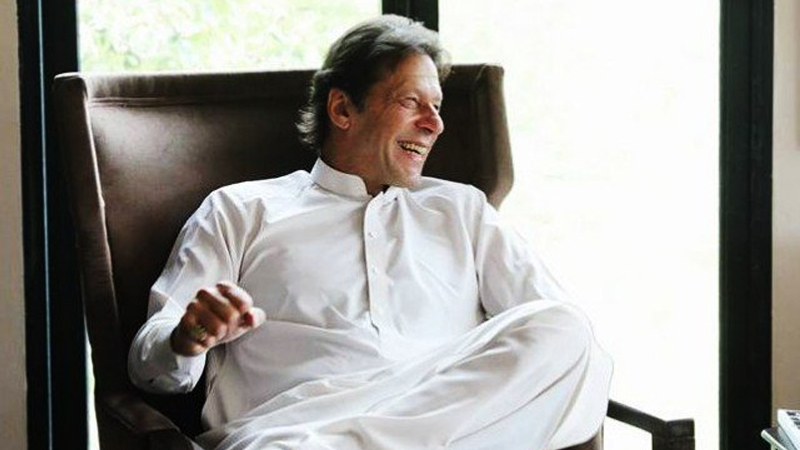 LAHORE: Unsucceeded loyal leaders and supporters of the Pakistan Tehreek-i-Insaf (PTI) who are not awarded tickets in their respective constituencies for upcoming general elections of July 25, continued their protests outside PTI Chief Imran Khan’s residence during his visit to Lahore on the second consecutive day.

PTI leader from Kamalia Muhammad Chaudhry Sarwar along with his local leaders Khalid Nawaz Bajwa and Mehar Mumtaz Ahmad also held a press conference at the Lahore Press Club before holding a protest demonstration with a demand of party tickets at Zaman Park on Thursday.

They were demanding party tickets carrying placards in favour of their candidate Muhammad Sarwar.

The second protest was held by Imran Khan’s old loyal worker Yasir Gilani who has already contested in the last general elections of 2013 for a provincial seat and has given tough time to his opponent of Pakistan Muslim League-Nawaz (PMLN) as runner up. He held a strong protest demonstration outside Khan’s residence at Zaman Park. Dozens of his supporters belonging to Shahdara area of his constituency were also carrying placards and banners in favour of their leader Yasir Gilani and a demand to get party ticket for him. Gilani is willing to get PTI’s ticket as his nomination papers are submitted in the Election Commission of Pakistan from PP-144.

The Third big protest was held by PTI leader Chaudhry Liaquat Ali Ranjha from Mandi Bahauddin on provincial seat PP-67 and dozens of his supporters continued their sit-in outside Khan’s residence demanding party ticket for their candidate.

They termed that not awarding a party ticket to Liaquat Ranjha was injustice within PTI as loyal workers are being ignored that could harm the party image among the voters.

Dozens of supporters of Saifur Rahman who is willing to get a party ticket from Lahore Provincial Assembly constituency PP-170 held protest. They claimed that it was unfair to a political leader and social worker of the area that on the eve of elections, party ticket is awarded to close aide of party chairman Aun Chaudhry’s family members despite doing no ground work in the constituency.

Pertinent to mention that on Wednesday, Khan along with his new bride Bushra Maneka visited the Shrine of Baba Fariduddin in Pakpattan, offered prayers and placed chaadar as well as distributed sweets among the devotees. PTI’s local candidate Dewan Azmat Saeed Muhammad Chishti from PP-192 Pakpattan along with the custodian of the Shrine and Pir Ahmed Shah Khagga welcomed Khan and his wife. They stayed there for 45 minutes and then returned to Lahore for political engagements.