Wali and the Dragon Temple 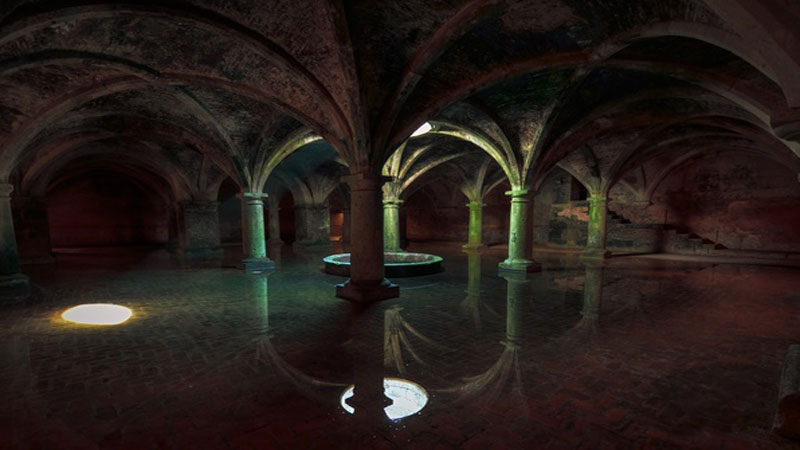 When Wali opened his eyes, he believed he was in the in-between; the land of nothing and no one. His first thought was that he had died but as his eyes adapted to the dark, he could make out specks of black sediment suspended in the water. His breathing had returned to normal and the water in his lungs had cleared, the pain had vanished. Wali was aware that he was fully immersed in and surrounded by water, he could feel its friction slowing down his movements. He fought the currents to hoist his hand up and attempted to dispel the layer of sediment obstructing his vision. This proved to be a futile exercise because the sediment was heavily packed into the water; Wali’s gesture did little to disturb its layers.

In the distance, Wali picked up a strange new presence, the sound of something lurking in the water alerted him. He froze when he realised that whatever it was, was heading straight towards him. The currents that were carrying him began to ripple feverishly in response to the movement the presence created, causing the veil of black sediment to lift and clear out. As his vision improved, he saw what he thought was the tail end of something. It had changed course once again and was now heading away from him. He was unable to identify this peculiar underwater creature because it had swam further away him. All he could make out from the distant were the scales that dominated its tail which swished rhythmically as it rode the currents, clearing the way for Wali. He began following it blindly out of fear that if he lost sight of it, the darkness would settle around him, swallowing him up once more.

He took a step forward to inspect the relic more closely and noticed an inscription in a corner that read ‘Jivlyr Liraha’. ‘The Temple of the Dragons,’ a thick voice bellowed from inside the dark altar. ‘Enter, Wali, you have an audience with Elysian, the Red Dragon of the Isbay’khta tribe’

With the disappearance of the black matter, Wali found that his body was able to move more freely so he swam faster in an attempt to catch a glimpse of his saviour. A few minutes into the chase, Wali began to notice ruins surfacing around him. He passed by a huge chunk of marble that in its glory days must have been the pillar of a temple, it was laid down flat along the floor of the sea bed as if it had been dropped from a great distance. The break that it had suffered from was not a clean one, the damage to its edges suggested that impact was to blame for it entirely. Wali encountered various other architectural artefacts as he swam further into unknown depths, the slithering tail always within sight but out of reach.

His body had started to tire by the time he came upon the first structure. It was a temple with stone steps leading up to it and two Roman columns supporting it at the sides. Wali figured the entire structure sank straight down unlike the rest of the ruins which he found had endured a rougher journey. The sides of it bore carvings of all kinds, there were drawings and writing as well but Wali couldn’t make out what any of them meant. There seemed to be a pattern though. After every few scribbles, he found the carving of a serpent. At times, it was just a carving of its tongue, tail or claws but these all belonged to the same creature. The realisation struck Wali then that the tail that he had been chasing after all this time belonged to the same serpent! Wali contemplated whether it was a sensible move to follow the serpent inside the temple. Perhaps, all of this had been a trap from the start? He turned to look back at where he came from only to find the expanse of water and its darkness.

As Wali floated up the steps of the altar, he wondered whether he was willingly headed for his death. He had no choice, going back meant being lost in the currents forever. When he reached the top he noticed that a short bench was placed at the centre of the platform that led to the altar. It was completely covered with moss and sea weeds that had found a home on it but what was placed on top caught Wali’s eye. A brass dragon head sculpture shone menacingly from it; its mouth was open and its serpent like tongue was out as if ready to strike any intruders. It was clearly a warning sign but he was naive and still believed that he was destined to meet the dragons of the Isbay’khta tribe in this quest that Grampa had set him on. He took a step forward to inspect the relic more closely and noticed an inscription in a corner that read ‘Jivlyr Liraha’.

“The Temple of the Dragons,” a thick voice bellowed from inside the dark altar. “Enter, Wali, you have an audience with Elysian, the Red Dragon of the Isbay’khta tribe.” 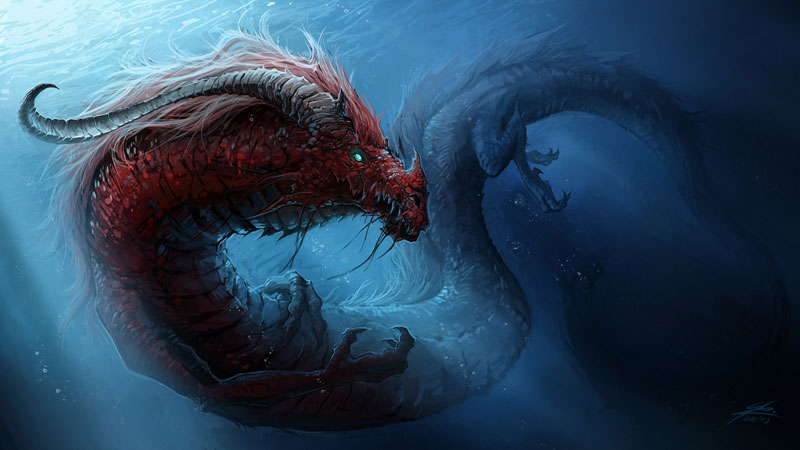 Wali was paralysed with fear. In that moment, all rationality left him and he was unable to connect his own thoughts to the reality of the situation. He swam through the passage that led to the altar and found himself in a vast hall lined with Roman columns, it stretched out endlessly. Along the sides of the hall were skeletons of dragons; these were massive in size and while most of the bones were still and lifeless, the skulls of these skeletons were swaying. Some sort of magic kept them afloat in the air and bound together in form. Their heads bobbled up and down, an enchantment cast over them. Their mouths opened and closed as if they were all still alive and making conversation with one another, never pausing for a break. Wali wondered whether the voice that had beckoned him forward had belonged to one of them. He noticed that the interior looked a lot like that of the cave that he had entered with Bawnie, and that in this altar he was able to walk as if he was back on land. This puzzled him.

As he proceeded further, he noticed a veil a short distance from him which extended all the way up to the ceiling. It was papery thin and had a shimmering quality to it. He reached out to it, fondling it in between his fingers. He felt the veil dissolve as he palmed it. When he looked up, the veil was gone and instead, in front of him stood the Mighty Elysian.

This is the fifth part of the story ‘Aqeeq, the Blue Dragon.’ The series will continue next week.