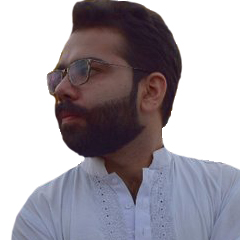 Who is Nawaz Sharif?

These days I often find myself asking, “Who is Nawaz Sharif?” Is he a firebrand anti-establishment ideologue or is he the designated Zia protégé? Is he the same person who took money to rig the election or is he the leader who restored higher judiciary after it was illegally removed? Does he want to be our Ameer-ul-Momineen or does he want to remove the Sadiq and Ameen clause from the Constitution?

Questions like these have been raised in the aftermath of his disqualification and subsequent rebirth as an anti-establishment ideologue. His opponents say he cries foul only when he is at the receiving end of the establishment’s tricks. They rightly point out that Nawaz went to the Supreme Court with the ‘Memogate’ scandal, which goes to show that he has no qualms with the judicialisation of politics as long as it benefits him.

So, should we trust Nawaz when he says“vote ko izzat do”? After all, he did not bother about the sanctity of vote before the Panama papers. He lost no sleep over the sorry state of civilian supremacy when he was prime minister.He did nothing to set right the civil-military imbalance. He did not even actively participate in parliamentary proceedings, unlike his predecessor Yousuf Raza Gilani. Finally, no reforms were made during his tenure at relevant forums such as the National Security Council, Ministry of Defence or relevant parliamentary committees. So why should we pay heed to an opportunist?

But before we address this question, let us separate the man from the slogan. Is it not true that our right to vote is under a very real threat? The approaching election has a dark cloud hanging over it. And after elections, what role will our chosen representatives play in decision making? Are they really in charge? Is it not true that we have failed to address these looming issues of our representative democracy? Along-overdue conversation about the state of our democracy needs to start. And that conversation must conclude by establishing citizens, not an institution, as the final arbitrators of our destiny. As for Nawaz’s opportunism, political change is not necessarily engendered by visionary leaders and ideological parties. Sometimes a power struggle between different social groups within a society can usher in unprecedented political development. For example, there is an old debate on why certain parts of Europe adopted absolutism (Russia, Spain and France) whereas others (the United Kingdom and Denmark) moved towards an accountable government during the medieval period.

Many political scientists have argued that Russia became an absolutist state because the monarch co-opted and coerced other social groups, i.e. nobility, gentry and middle-class, in its objective of exploiting the peasantry. As their interests converged, they bound the peasantry to the land and imposed the largest part of the tax burden on it. In contrast, social groups in England were equally resourceful. To undermine the nobility and gentry, the King chose to support the property rights of non-elites. He established parallel courts to undermine feudal courts. Furthermore, the king granted independent charters and laws to cities allowing the middle-class to grow and act as a counterweight to the feudal system.

Nawaz is almost uniquely qualified to stand up to the powers that be. Despite disqualification and defections, he has held power within the party. He is an electoral force to be reckoned with. And finally, he is the embodiment of Punjabi ambition

On the other hand, the landed class pushed for greater say in matters of taxes and levies through the parliament.Rest assured,neither the monarchy nor the nobility knew they were laying the groundwork for a fairer and more accountable government.

Their actions were aimed at consolidating their power vis-à-vis,other social groups. In their struggle to prevail over each other,these groups ended up conceding rights to commoners. Democracy, as we know it today, is an accidental outcome of this power struggle between elite groups of medieval England.

Coming back to Nawaz, we can fixate over his character and history as much as we want but that does not invalidate the questions he is asking. The core issue is not about Nawaz Sharif; it is about our right of representation. If Nawaz becomes the conduit for an elite power adjustment that serves the cause of democracy, then why should anyone object. In fact, Nawaz is almost uniquely qualified to stand up to the powers that be.For what it is worth, he is Pakistan’s most experienced politician. He remains popular with a huge base. Despite disqualification and defections, he has been able to hold on to power within the party. He is an electoral force to be reckoned with. And finally, he is the embodiment of Punjabi ambition.

Whether we like it or not,Nawaz has stirred an important conversation at a national level. It will result either in the consolidation of our democracy or its subversion. We may not have the best representation on the table but if he prevails, our long and arduous journey towards civilian supremacy, as outlined in the constitution, becomes a little easier. If he can tilt the scales of power in favour of the citizens, then we should grab this opportunity with both hands.

The writer is a freelance writer. He tweets @abdullahz88