Kalabagh dam: Not the bottom line of panacea 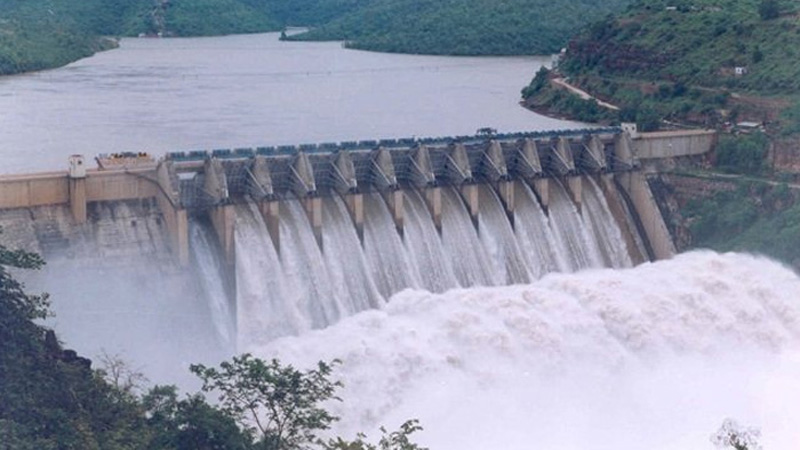 Pakistan is on the verge of a mass drought as per the report by PCRWR stating that the country will be out of water by 2025. Another perturbative report by international monetary fund (IMF) has ranked Pakistan third on the scale of seven countries facing severe water scarcity.

Per capita availability of water has went down to 865 cubic meter, the National Assembly committee on climate changed informed. Meanwhile, the dismissal of charges by world bank regarding construction of Kishin Ganga dam has further grimed the situation.

This has caused an uproar across the country, anguishing the citizenry as the outcomes are seen across the board. In a nutshell, this is attributable to dereliction of stakeholders who fell flat to set any agenda to meet the crisis. The question of water scarcity finds its answer in modifying the natural water resources.

River water management remained stagnant after Tarbela project for 48 years. After Indus water treaty in 1960, it was necessary to build a mega dam like Tarbela by a decade. It is pressing time to strive to mitigate the shrinking water resources. Water needs to be stored when it is in excess as more than 75 percent of water available during July to early September is not handled and escapes to sea. We store only 10 percent of water against world’s 40 percent.

A UN-led save water, save Pakistan forum in 2012 proposed construction of Munda dam, Akhori dam, Kurram Tangi dam and Kalabagh dam as a must. The latter one is most intensely debated of all with its proponents thinking highly of its construction as it will ensure a surplus water supply of about 6.5 million-acre feet of water, while 3600 megawatts of electricity will be generated.

Politicians and feudals have politicised it to serve their own purposes. Indian intrusion is certain as they are spending huge amount in this regard. Pakistan economy forum has suggested to bring in a consensus regarding construction. Chairman WAPDA has said that no work on KBD will begin unless the consensus is developed among the provinces as three of four provinces have objected.

Recently, the apex court promulgated not to push for construction of KBD and was exploring alternatives to tackle water scarcity. If KBD gets approved by provinces then its good but till then govt. must not ignore other feasible ways around.

There are various best suited alternative options to pursue in northern highlands and Indus plain. Akhori dam in this regard is the most preferable substitute with gross storage 7.6 MAF, cost 4.4 billion against KBDs 6 billion, its construction period is same and number of affectees are also less. It has also been termed “wicked” but the objections are responded appropriately by WAPDA.

Skardu/Katzarah dam also promises to be the best site with 27 MAF gross capacity and 15000 megawatts of electricity but the most appealing feature is its lifespan of 1,000 years, however, number of affectees will be larger which with adequate steps can be compensated.

The long proposed Katzarah dam at Skardu can store 35 million-acre feet water along with the electricity production facility of 15000 mw. The estimated cost of this dam is $15 billion, however, Kalabagh dam can be constructed at the estimated cost of $7bn with water storage facility of Rs6.1 million-acre feet and electricity production of only 3600 mw.

Katzarah dam will also irrigate 10 million acres of barren land from four provinces along the bank of river which can further be increased to 20 million by sprinkler method of irrigation. Moreover, no controversy involves in its construction. This project has been included in WAPDAs vision 2025 program for preliminary studies.

Mega dams have been big business but now the era of mega dams is coming to end. Small dams are now preferred across the globe due to their usefulness. China has proposed 40 environment-friendly small gravity dams which will be completed at double cost as compared to Kalabagh dam but electricity production will be 14 times more than Kalabagh dam.

By establishing Chinese-proposed gravity dams, Pakistan will not only suffice in energy requirements but will also be able to export electricity to other countries. Moreover, it would definitely improve the national economy and will also benefit the industrial sector of the country. China has already constructed a gravity dam at Chashma which produces 280 megawatts of electricity.

At present, gross storage capacity of both dams stands at about 13 million-acre feet, much less than the original capacity of these reservoirs some 40 years back. UNDP suggested to build a dam upstream or downstream to lower the pace of silting in Tarbela. Recently,the Executive Committee of the National Economic Council approved construction of Bhasha Dam, which will prove to be beneficial in this regard.

Water scarcity has became a hot potato in Pakistan and this is the area which requires intensive heed from the authorities to avoid the whole country turning into Thar. Topography of Pakistan provides plenty of ideal sites to build up reservoirs and with a fine strategy, things can be expected to improve and any further delay in execution of plans will turn out to be disastrous.