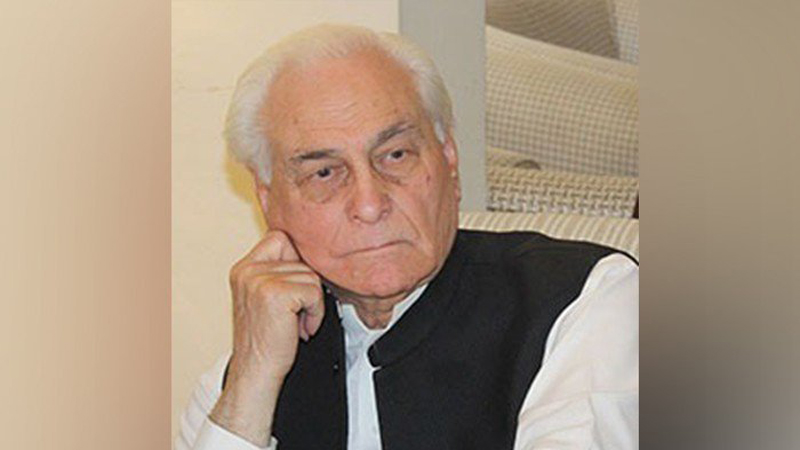 “I reviewed the file of Zulfi Bukhari and granted him permission for six days to travel to Saudi Arabia to perform Umra. I also wrote a note that he must come back,” the minister told a meeting of the Senate Standing Committee on Interior and Narcotics Control, which was chaired by Senator Rehman Malik. His name was placed on blacklist in absence of the cabinet committee so that he could not leave the country, he added.

Azam Khan said Bukhari had asked for a one-time permission to travel abroad and submitted an affidavit stating that he would return. Following a request by Bukhari, he was granted one-time permission to leave the country. he also rejected the speculations that Imran Khan phoned him to remove Bukhari’s name from the blacklist.

Earlier, Rehman Malik welcomed the caretaker minister in the meeting and constituted a sub-committee on the issue of Zulfi Bukhari, headed by Senator Rana Maqbool. The sub-committee has been asked to examine the matter in collaboration with Ministry of Interior and submit a report.

“Zulfi Bukhari’s name was not included in the exit control list (ECL) while blacklist has no lawful importance. The Ministry of Interior should explain law on blacklist and then start its implementation,” Rehman Malik said.

The meeting was also attended by senators Javed Abbasi and Rana Maqbool, and senior officials of ministries of interior and law and justice, representatives of Motorways and National Highways Police and the district administration.

He said illegal housing societies were minting money from the poor people through different means and the allottees were not being facilitated as per promise. He asked the Federal Investigation Agency (FIA) to set up a complaint cell for redressal of the affected allottees. He asked Islamabad chief commissioner to brief the committee in detail about housing societies in Islamabad.

Rehman Malik insisted that the mechanism of issuing driving licenses should be made stricter. He observed that underage persons were driving heavy vehicles. He said the traffic system in the country should be brought on a par with the international standards.

The meeting also observed that hills in the federal capital have been occupied by Afghan refugees and that a grand operation should be conducted against land grabbers and illegal housing societies. The committee was informed that timber mafia was involved in Margalla Hills fire incident.