LAHORE: Following the removal of encroachments and completion of its reservation work by the Walled City of Lahore Authority (WCLA), Chowk Wazir Khan is once again ready to amaze tourists with its new expanded and encroachment-free look.

For the past three decades, Chowk Masjid Wazir Khan was facing heavy encroachments especially shops, which were rented out on nominal rates. However, the WCLA initiated the project of rehabilitation, restoration and renovation of this historic chowk. Officials said the historic forecourt adjoining the Wazir Khan Mosque has been undergoing a thorough rehabilitation and conservation effort since October 1, 2015, funded by the US embassy, and is in its final stage of preparation for its opening on March 16.

The mosque was built under the directives of Hakim Ilmud Din in 1634 AD and Mughal emperor Shah Jahan. The mosque is known as a masterpiece of Mughal Architecture due to its style, solid structure, profusion and delicacy of its decorative motifs. Talking to Daily Times, WCLA Director General Kamran Lashari said, “I am happy that this open space has been turned out into a beautiful space. We now plan to re-use this space as a public hotspot and organise monthly activities there.” He appreciated the Aga Khan Cultural Service Pakistan for their untiring efforts in the conservation work. He added that the restoration work would not have been possible without the support of the US ambassador. “The opening of this square will once again provide the public to have an open space to enjoy the ambiance of the jewel of Lahore, the Wazir Khan Mosque,” he maintained.

WCLA Deputy Director Media and Marketing Tania Qureshi said that like many other monuments of Lahore, the area around the mosque and the chowk was affected badly due to unplanned development and encroachments in the form of houses, shops and roads. She said that space was being used by vendors, and at night for storing goods and parking freight vehicles. “Finally under a restoration plan of the Royal Trail inside Delhi Gate, the encroachments from Wazir Khan Mosque were removed.”

Meanwhile, local residents said restoration of Wazir Khan Chowk would bring back city’s night life and will provide a free-of-cost gathering place to the citizens to share ups and downs of life with one another. 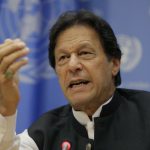 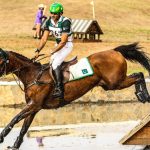