Charanjeet Singh and the bigoted mentality that took his life 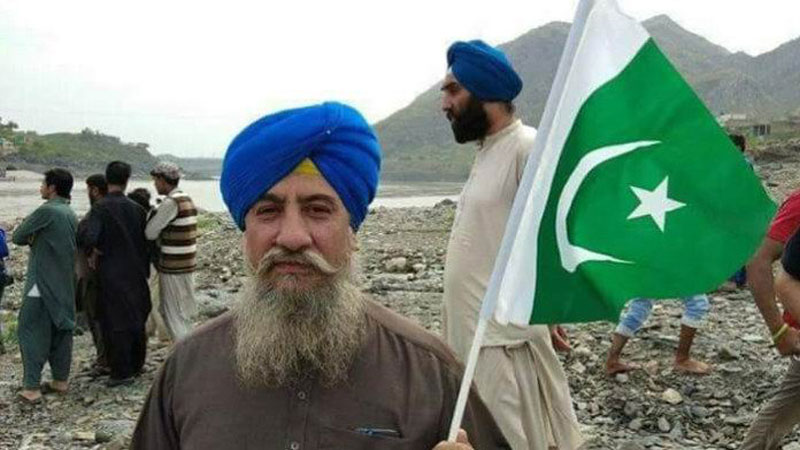 I came across slain Sikh community leader Charanjeet Singh’s Facebook profile after having read stories about him being shared all over social media after his demise. I clicked on his profile picture and kept staring at him. It was peculiarly devastating for me to come to the realization that the man I stared at was no more. That he had been gunned down mercilessly.

A humanist, peace activist, advocate of coexistence, optimist amidst hopelessness and father figure had been snatched away from a society that needed people like him the most. From arranging Iftaris to participating in events promoting pluralism in the society, Charanjeet Singh was a prominent member of the Pakistani Sikh community and a dedicated representative of religious minorities. From what I noticed, besides the glowing humbleness on his face in his pictures, were his Facebook posts reflecting his keen interest in social and political issues and his determination to make Pakistan a better place for minorities, for everyone. As is the norm, I have come to truly admire him for the character he was, after he’s no more.

From arranging Iftaris to participating in events promoting pluralism in the society, Charanjeet Singh was a prominent member of the Pakistani Sikh community and a dedicated representative of religious minorities

But why does the news of his death upset me so much? Having spent a considerable part of my life in Quetta, Balochistan – having seen dead bodies torn apart lying in front of me after blasts, losing friends to the incorrigible forces of intolerance; I had made peace with how apathetic I had become. For a chronic pessimist like me, men like Charanjeet Singh were the source of “hope”. And to have your hope taken away from you so inhumanely, shakes even the most apathetic of men.

Charanjeet Singh will continue to inspire even after he no longer remains amongst us, walking the streets of Peshawar donning his colourful turban, spreading laughter, sharing love indiscriminately because he knew how it felt to be discriminated against, patting children on their backs and inspiring pessimists like myself and reminding them that there is always hope and it is better to act than to give up and complain. It surprises me how much I seem to miss him despite barely knowing him, and how I imagine him smiling at me reminding me that upon hearing the news of his death, I must not succumb my energies to hopelessness or else I would be going against what he stood for.

Although there’s a part of me that compels me to take refuge in the cynicism I have become so familiar with – to label him a fool for believing he could get away with promoting peace and love and religious harmony in a society like ours, where most of us would be hesitant to call him a “shaheed” because he didn’t follow the same religion as ours, let alone the same sub sect of the same sect.

There are many of us who don’t hesitate sharing the same glass with non-Muslims. Congratulations to them for being human. I have friends who bring food for their non-Muslim friends when it isn’t easy to find something to eat in the month of Ramazan because the people crafting the ‘Ehtaram e Ramazan’ ordinance were clueless about the existence of non-Muslims in the “Intolerant” Republic of Pakistan. Notice how I have replaced “Islamic” with “intolerant” because that’s clearly more fitting. One of the reasons why Islam appeals to so many people is its teachings of pluralism. We have taken a religion whose messenger (PBUH) informed that hurting somebody from a religious minority would be tantamount to hurting him, a religion that promotes secularism (Islam outlines its message of secularism in Surah Al Kafirun) – and handed the responsibility of explaining it to people whose minds are polluted with hate, misogyny, ignorance and everything that Islam restrains.

But at the same time, there are even more of us who hardly know what secularism really means but are quick to oppose it. There are so many of us who choose to endorse discrimination against religious minorities by their brazen silence. Even more, who are reluctant to understand Islam’s message of coexistence.

Unsurprisingly, the larger the number of such people, the harder to teach they are. They are blind to reason. They recite verses in Arabic without understanding any and find solace in such recitations. They’re okay with not wanting to know and settle for answers provided by men on pulpits who are more concerned about their right to marry underage girls than they are about the message of forgiveness and acceptance that Islam brings. They are dangerous too. Because where there’s no reason, there’s violence. They don’t have convincing arguments, but louder chants. They curse and they yell and they claim to be advocates of the religion of peace. They defame the conventional image of Islam, while paradoxically going after alleged blasphemers such as the 6 year old Rimshah Masih, the full bright scholar Junaid Hafeez, the freethinker Mashal Khan, the Shamas and Shahzads that we have forgotten, the baby who died in his mother’s womb because their house was attacked by a mob hunting Ahmadis, the mentally challenged man who was butchered by an allegedly sane police officer.

Charanjeet Singh is gone. But the mentality that took him away lives on.