It is high time public parliament liaison fills the vacuum. This thought shift is possible if the will to change is born 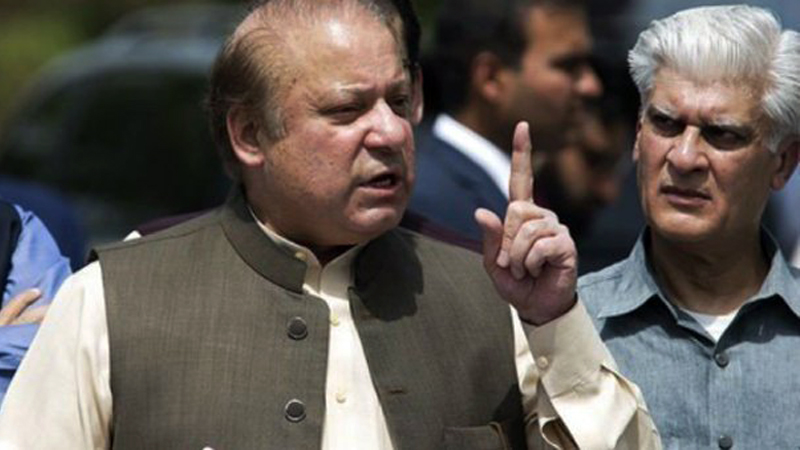 Come forward, share your opinion. It is to establish an idea (though models and narratives are state-owned ). Get slammed for the presentation preferred, and surely whittle down living in a bubble. Mao Zedong emphasises, “You cannot make an omelette without breaking eggs “. Surely, freedom of speech is a flamboyant chant until individually optimised.

Media, in all its forms, is believed to be a planned podium for putting forward a constructive and positive standpoint. Instantaneously, an idea worth presenting is people in a country of 207 million having a forward-looking future the day they riposte slogans of political parties with that of their own or with slogans of public importance. Some fittingly counterbalanced public catchwords may be health, water, education, bread, clothing, shelter, right to honour, respect of the vote, changing mindsets, reforming the nation, and all the rest of it. Here comes a peaceful protest against the, so-called, promises reneged by the ruling classes.

Another spunk hoisting idea that is often confabulated is the most acute, civil-military relations. It is high time debates on such subjects are chucked out and public parliament liaison fills the vacuum. This thought shift is possible if the will to change is born.

A layman still worries if transparency in our elelctions is light years distant from us.  As much as the days to ballot approach, the qualms of millions of voters get firmer in the hoopla that road to premiership is paved by aliens

There still lies a more important idea on the table, that nature has been too unjust to us. It frequently sends unborn scientists, journalists, doctors, engineers, and bureaucrats. However, on the contrary, we only receive born politicians or leaders. It is not contentious to say that party leadership is hereditary here in Pakistan. PPP and PMLN are making the case stronger. Hardly, a light stricture is made on this mode of leadership. The point leads one to believe that there is a monopoly of some on the fate of the rest.

Tailing the idea, one can independently assert that to do away with born rules, simply tag them as second-hand politicians, people pleasers, or gamblers of public interests. Thus, an entitled status is worth millions.

Ideas in galore scupper a reader’s involvement. Let’s pinpoint some gung-ho predictions about the approaching elections: they turn-out this time will reach high records, there will be historic victories and defeats, and it will be remembered for decades and a lot more. A layman still worries if transparency in our elelctions is light years distant from us.  As much as the days to ballot approach, the qualms of millions of voters get firmer in the hoopla that road to premiership is paved by aliens.

The totality of democratic deficit enters the picture every now and then, in party politics here. Party-change behaviour on the part of renowned politicians is the worst case scenario in today’s politics. Changing loyalty from former political parties implies morphing the ideology of one’s career threshold.

More importantly, the courts hijack secret policies and election manifestos, which are the vote-winning infrastructure of their departed platforms. This gamesmanship directly or indirectly manipulates the election campaigns of various affected political parties. It is sheepish of foul practationers to change sides.

The interim setup itself a grandstanding, lazy business; it is a dispiritingly boring form of government. In advanced democracies, the transfer of power comes directly from the administration completing its term, to one coming into office. The United States of America has a winning model of election in terms of electioneering, voting, and taking office etc, all with a fixed day and date. As for the widening rift on the scant aspect of finalising names for provincial chief ministerships, label us people dithered about democratic behaviour. The question is, will the sun of loose democracy set up after the 2018 elections?

It is not hyperbolic to suggest that spruced up parliament and cabinet treading, like in the Canadian way of governing, can significantly let Pakistanis be chuffed of their system ahead. It is no power to raise a parliament, but a public’s will – the will to be well-governed by.

In this very boiling election season, when everyone is sleeves up, the decisive ball lies in the peoples’ court. It is finally the 105 million registered and constitutionally authorised voters who will veto the formerly hoodwinked political landscape.

Belonging to the camp of well-wishers of peaceful Pakistan, one hopes the forthcoming 13th poll will prove to be a turning point towards a rising Pakistan. This time, the people have to, either, vote in the favour of poverty by promoting extractive institutions or vote in the favour of prosperity by promoting inclusive institutions. Both of these patterns have been chalked out by Acemoglu and Ronison, in order to make every one of us aware of the failures and successes of nations in ‘Why Nations Fail’.

In the final analysis, a line is sufficient to tell the 105 million people, “Your turn out to polls is the key”. Also, George Jean Nathan is right to say, “Bad officials are elected by good citizens who do not vote “.  It is the most shameful of voting behaviour for our people that there is normally a hardly 50 percent of turn out in polling stations. With this situation in hand, the candidates who we do not want to win, win. After all, masses are the driving force behind making democracy a win, and candidates indeed, carry the day.

The writer is a student of Political Science, who taught at ESL. He can be reached at raqeebfsp@gmail.com