We have enough evidence to prove PTM is being ‘used’ to create trouble: ISPR 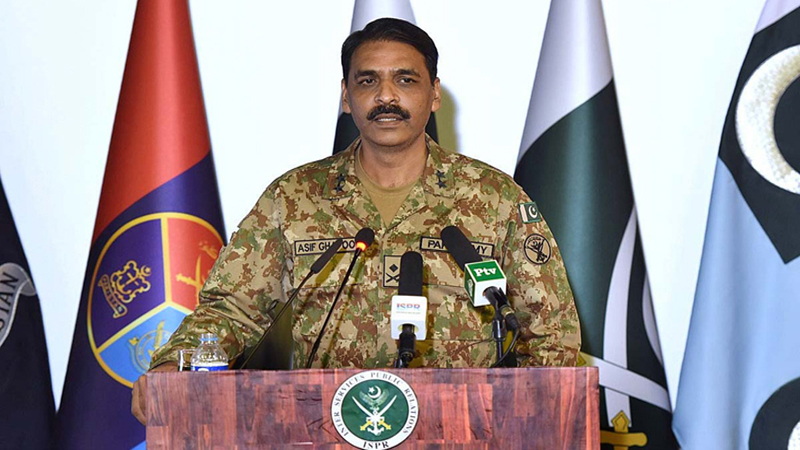 RAWALPINDI: Inter-Services Public Relations (ISPR) Director-General (DG) Major General Asif Ghafoor on Monday said that the Pashtun Tahafuz Movement (PTM) is being “used” to create trouble and that the army has evidences against it.

“Why is the foreign media broadcasting PTM rallies live? We know they are being used and we have enough evidence to prove it,” DG ISPR said while addressing a press conference in Rawalpindi.

He continued that the Chief of Army Staff (COAS) had directed the police to not take action against PTM leaders and workers during the Lahore rally. “For the time being, no crackdown has been conducted against the PTM,” he added.

Asif Ghafoor also complained about the “anti-army social media campaign” initiated by the PTM members and supporters. He warned that the “establishment must not be forced to use power.”

Taking jabs at India, the army media wing head said that the neighbouring country must not mistake Pakistan’s urge to promote peace as its weakness since the country is fully capable to respond to any sort of aggression.

“India violated the ceasefire agreements 1,077 times during this year, which results in deaths of 48 individuals. Our urge for peace must not be mistaken for out weakness,” he added.

He also termed the FATA-Khyber Pakhtunkhwa (KP) merger as a huge success for the country.