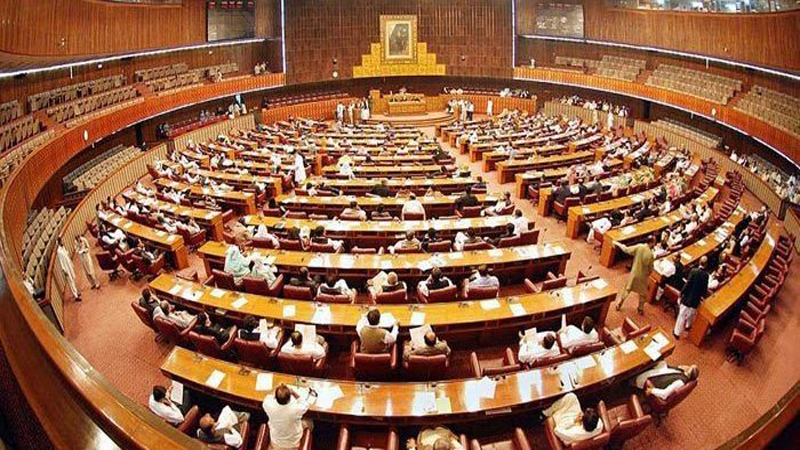 Pakistan Elections Act 2017 passed by the National Assembly has removed the requirements for key disclosures relating to the ownership of assets, income taxes paid or owed, bank loan defaults, foreign residency (iqama) and educational qualifications of the candidates for national and provincial legislatures in the upcoming elections. This came in October 2017 after several members of the national parliament were caught lying and subsequently disqualified by the courts under Articles 62 and 63 of Pakistan’s constitution. Those disqualified include top politicians like former Prime Minister Nawaz Sharif of the PMLN party and PTI leader and parliamentarian Jahangir Tareen.

The nomination forms of candidates for national and provincial assemblies in Pakistan have been redesigned this year to remove all questions on assets, income taxes paid or owed, bank loan defaults, foreign residency (iqama) and educational qualifications. This was done based on Pakistan Elections Act 2017 that became law on October 2, 2017 in the wake of several disqualifications from holding office or being a legislator.

Many legislators from across the political spectrum have been caught lying on their nomination forms filed in prior elections. Some have been disqualified for false financial declarations while others have been removed for lying about their foreign residency visas (iqama), dual nationality or education.

A study by Center for Investigative Reporting in Pakistan (CIRP) identified 461 members in national and provincial assemblies who did not pay income taxes in 2015. This figure includes ministers and other prominent political leaders. Federal Board of Revenue found that many of the 550 lawmakers (54%) falsely claimed that they paid taxes.

Switzerland-based World Economic Forum estimates that Pakistan loses over $10 billion in tax revenue every year. The country’s lost tax revenue puts it at number 8 among the top 10 countries with biggest tax losses.

Recent British National Crime Agency (NCA) report identified politicians from developing countries and their families as the biggest culprits of money laundering. The report listed Pakistan, Nigeria and Russia as the top source countries for money laundering in the United Kingdom, according to British media reports. The NCA report says the UK is a prime destination for foreign corrupt and politically exposed people (politicians and their families) to launder money.

Evidence from a number of recent reports released in the West suggests that politicians in developing nations engage in massive corruption to siphon money out of their countries to build family fortunes in the West.

One indication of it came with the Panama Papers leak that was dominated by politicians.

The Panama list included showbiz and sports celebrities, lawyers, entrepreneurs, businessmen, generals, journalists and other occupations but it was heavily dominated by politicians. Pakistani politicians’ response to evidence of financial corruption and money laundering has been essentially to distract attention and to cover up. While ex Prime Minister Nawaz Sharif and his party are spinning conspiracy theories to distract attention from their misdeeds, the Pakistani parliament is passing laws to reduce transparency and increase opacity by eliminating financial and other disclosure requirements as part of election process.

Pakistani politicians have responded to disqualifications for lying on their nomination papers by passing laws to do away with the requirement for financial and other disclosures. Such a move further reinforces the public distrust in the political class to govern honestly and put the interest of the people above their own interest. Such laws to reduce transparency do not augur well for the future of democracy in Pakistan.