Rebranding the nation: Pakistan Pavilion at the Venice Biennale 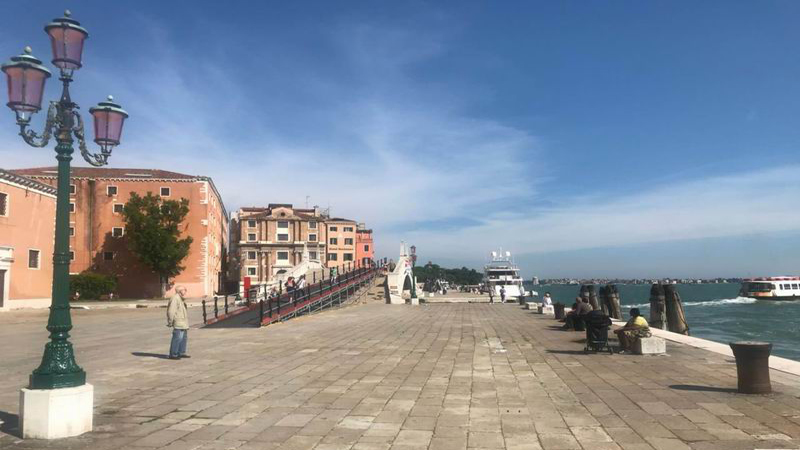 The 2018 Venice Biennale is set to take the international cultural arena by storm. Dating back to 1895, La Biennale di Venzia, or simply, The Biennale, is the most iconic and revered cultural institution of our time. Initially proposed to highlight artistic achievement in honour of King Umberto I and Queen Margherita of Savoy’s silver anniversary, it eventually gave impetus to re-imagine an event of national importance in the international context. Starting with the first International Art Exhibition over 120 years ago, it grew to encompass music, cinema and theatre in the 1930s, architecture in 1980 and dance in 1990.

Cited as ‘great mother’ to the art world, The Biennale is the archetypal show from which all other biennales have emanated. Visited by over 2 million cultural enthusiasts, its eminence and prestige is preserved by its ability to be on the bleeding edge of change and foresee shifts in the dynamic world of contemporary art, all while remaining firmly entrenched in the inclusivity and ‘pluralism of voices’ which typifies The Biennale and makes it unique. In 1970, national pavilions were introduced; the three-pronged exhibition model (comprising National Pavilions, The International Exhibition and Collateral Events) allows for a greater focus on diversity of expression. It also directs interest towards concepts of collective identity and national pride.

The opportunity to have a national pavilion at the 16th International Architecture Exhibition (as part of The Biennale) is an undisputed honour, as countries are afforded the opportunity to exhibit their finest architecture which is most relevant to and reflective of their society. Such exhibits underscore various paradigm-altering perspectives, sparking philosophical discourses which span across continents and throughout decades.

In keeping with the theme of Freespace, Pakistan’s Pavilion will highlight social, physical and philosophical ramifications of open spaces in the densely populated city of Karachi. Articulated as ‘The Fold’, the Pavilion will interpret ‘Freespace’ as the unique architectural feature which allows for community building and inextricably intertwined social interactions; it will address the agenda of humanity in architecture

This year, in an unprecedented advance, the first-ever Pakistan Pavilion will be featured at The Venice Biennale, alongside critically acclaimed architects and curators. At a microcosmic level, this achievement is indicative of great progress made recently in the realm of nurturing the arts. At another level, Pakistan’s participation will be akin to the greatest branding initiative ever taken. The creative strategy and dexterity required to make our most impressive mark on the global art canvas symbolises no mere feat to orchestrate.

National presence at The Biennale promises to be a game-changer for Pakistan in terms of cultural exposure. Furthermore, it provides an opportunity for contemporary architects of the nation to align themselves with one of the most prestigious causes. A mainstay in the fashion and design industry of Pakistan, Khaadi has taken the onus of responsibility to officially sponsor the Pakistan Pavilion, pledging Rs. 5 million towards the cause. The company’s status as being synonymous with culture, exemplifying a design philosophy which encapsulates, at its core, ‘global-ethnic’ fusion and celebrated history of re-interpreting skills steeped in local heritage in a more modern and readily applicable context have all allowed for Khaadi to lead this initiative. Similar to The Biennale itself, it aligns perfectly as a trendsetter for change in industry norms; this design house has brought to the limelight the pressing need for the nation’s architectural prowess to be promoted on a global platform. 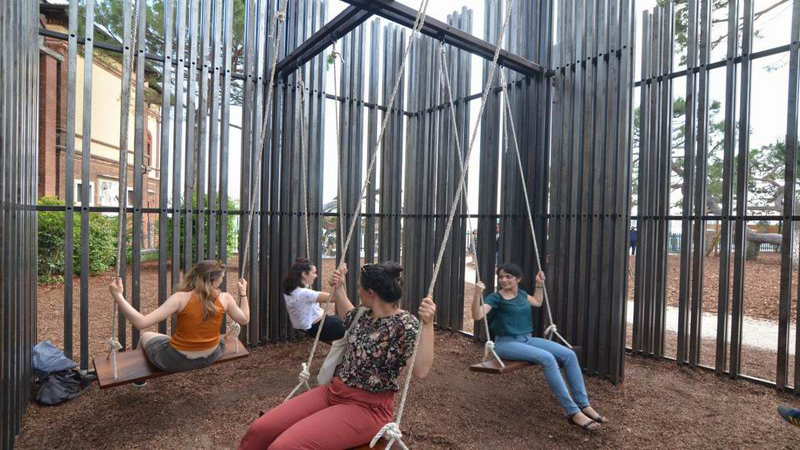 Emblematic of modern Pakistan, the National Pavilion of Pakistan, with the support of GAA Foundation and Antidote, is being actualised by a design and curatorial team of six individuals. Pakistan Council of Architects and Town Planners (PCATP) will assume the role of government authority, with Commissioner Ar. Asad I. Khan (Chairperson, PCATP) working to ensure compliance and transparency.

In keeping with the theme of Freespace, Pakistan’s Pavilion will highlight social, physical and philosophical ramifications of open spaces in the densely populated city of Karachi. Articulated as ‘The Fold’, the Pavilion will interpret ‘Freespace’ as the unique architectural feature which allows for community building and inextricably intertwined social interactions; it will address the agenda of humanity in architecture. Comprehensive post-tour activities are being planned by Khaadi to ensure the message is disseminated at a macro-level.

It is to be noted that participation in such events as The Biennale is of paramount importance if Pakistan is to be firmly placed amongst the ‘Olympians’ of the art world — but this remains an impossible feat in the absence of conscientious enterprises which will endorse such causes. In this veritable United Nations of art shows, Khaadi’s initiative and support was instrumental in aligning Pakistan with this larger vision. Much like the brand’s own ethos, the Pakistan Pavilion promises to weave the archaic with the contemporary, the traditional with the modern and coalesce to bind past, present and future together in the fabric that is uniquely Pakistan.

The Venice Biennale began on May 26 and will continue till November 25, 2018.