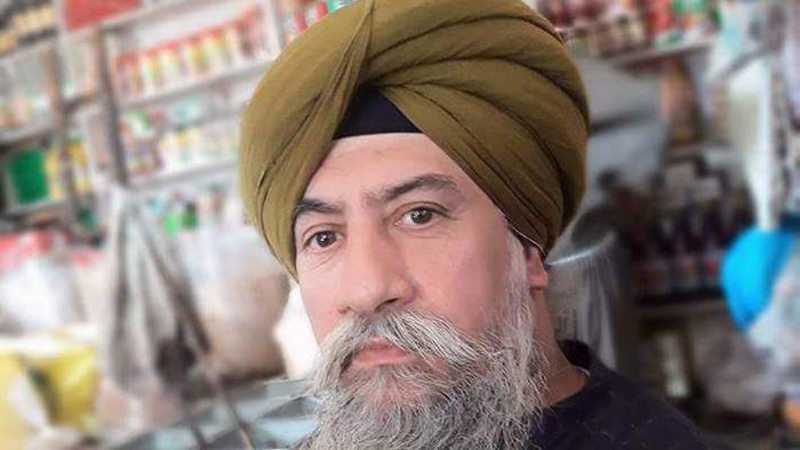 Sardar Charan Jeet Singh, a renowned Sikh community leader and rights activist, was gunned down in the precinct of Inqilab Police Station, Peshawar on Tuesday.

According to police, the 52-year-old peace activist was killed inside his shop in Scheme Chowk area.

“The lone attacker managed to escape the scene after killing Charan Jeet Singh inside his shop. Investigations have been initiated after the case was logged at Inqilab Police Station,” Peshawar Cantonment superintendent of police said. It was not clear whether it was a target killing incident or a result of the personal enmity.

The only killing of a prominent Sikh community leader was the murder of Sardar Suran Singh, a Pakistan Tehreek-e-Insaf (PTI) lawmaker and special adviser to Khyber Pakhtunkhwa Chief Minister, allegedly by another minority leader of the same political party.

Charan Jeet Singh had been residing in Peshawar for the past many decades but his family hailed from Kurram Agency.

The killing of the rights activist is a worrying sign for the peaceful Sikh community of Peshawar as well as Khyber Pakhtunkhwa.