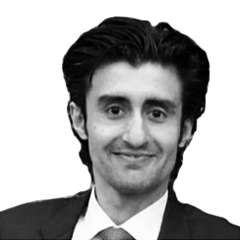 As people of GB continue to become irrelevant, the persecution of rights activists, students and political workers speaking for the region has increased

The Pashtun Tahaffuz movement (PTM) has infused a new spirit for dissent and serious debate in Pakistan. The issues of extremism and terrorism are an existential threat for Pakistan, but ironically, they have never generated a serious debate, let alone the resolve to fight these ills, but PTM has rejuvenated our hope to overcome these issues. Despite all odds, young Pashtuns continue to brave threats and have garnered much support and sympathy for their resistance, as evident from the recently held protest in Karachi. One wonders that if harassment, arbitrary detentions and raids on Pashtun gatherings can happen in a city like Lahore or Karachi, how much worse could it get in peripheries like FATA and Balochistan.

This question brings me to Gilgit-Baltistan (GB), Pakistan’s northern periphery, where dissent has historically been dealt with using an iron fist. Arbitrary detentions, imprisonment and charges of terrorism are leveled for raising even basic concerns about politics or the areas constitutional status. The region remains deprived of access to Pakistan’s judicial system and remains a black hole in terms of justice, liberty and human rights. The sorry state of political liberties and the stories of injustice are not permitted to escape GB’s mighty mountains, thus they remain unheard. The plight of GB is made worse by the negligence of both the print and electronic media, which continues to report only on the natural beauty of the region, thus common people and their issues have effectively become irrelevant to the rest of the country. The popular narrative about Gilgit-Baltistan is a mixture of landscape beauty, majestic lakes, mountains, highest literacy and CPEC. One wonders if people and their real issues are ever taken into account in this exotic façade. Nosheen Ali, a renowned researcher on GB terms this phenomenon the “Depeopling” of the region.

Development — both economic and political — run parallel to each other, yet in the case of GB, the latter is visibly absent

As people of GB continue to become irrelevant, the persecution of rights activists, students and political workers speaking for the region has increased.

His story starts with his campaign for the affectees of the Attabad disaster-a massive landslide in the valley of Attabad Hunza, which displaced as many as 10,000 people. Countless others were also affected. Baba Jan initiated his campaign for the provision of compensation to the affected families and organised protests to demand relief for the people. Things took a dramatic turn in one of the protests when police shot down two unarmed protesters; Afzal Baig, 22 and his father Sherullah Baig. In the aftermath, Baba Jan mounted pressure on the government to investigate the extra-judicial killings of the protesters and organised more protests. Instead of properly investigating the killing of unarmed protesters, the government booked Baba Jan and his fellow activists on charges of violating Pakistan’s Anti-Terrorism Act (ATA), section 780-A. Since then, Baba Jan and two of his fellow activists, Ameer Khan and Iftikhar Hussain, are serving a sentence in prison. Booked under false charges, a questionable FIR and trailed in Gilgit’s Anti-Terrorism Court (ATC), these activists still await the day transparency and justice will come to GB.

Baba Jan also contested one of the by-elections for the GB Legislative Assembly. Despite massive on-ground support and a passionate campaign in which the youth of the region participated, Baba Jan lost. Many have raised questions about the dubious circumstances under which these elections were held.

The imprisonment of Baba Jan and his comrades, initially received little attention from the media. The local media of Gilgit-Baltistan, controlled and gagged, went to the extent of painting him as a traitor and working against the interest of the country. Occasional periodicals and op-ed pieces continued to appear in the print media which highlighted the case of Baba Jan but no visible coverage was ever made to the mainstream electronic media. The campaign and organised support of Awami Worker’s Party and other leftist parties have been so effective that International media outlets have given fair coverage to Baba Jan’s case. Human Rights organisations working around the globe have repeatedly demanded for his release. An international petition for the release of Baba Jan has also been signed by leading Marxist and leftists, including David Graeber, Noam Chomsky and Tariq Ali.

The narrative of development as espoused by CPEC and the attention surrounding this mega-project has aroused immense interest in territories like Gilgit-Baltistan. Yet there seems to be little interest from state authorities in initiating meaningful political reforms in the region. The mantra of development is presented as a panacea to GB’s problems, while in reality the state of human rights and political liberties continue to be targeted. Development — both economic and political — run parallel to each other, yet in the case of GB, the latter is visibly absent.