Time running out for Messi to lift the ‘Big One’ 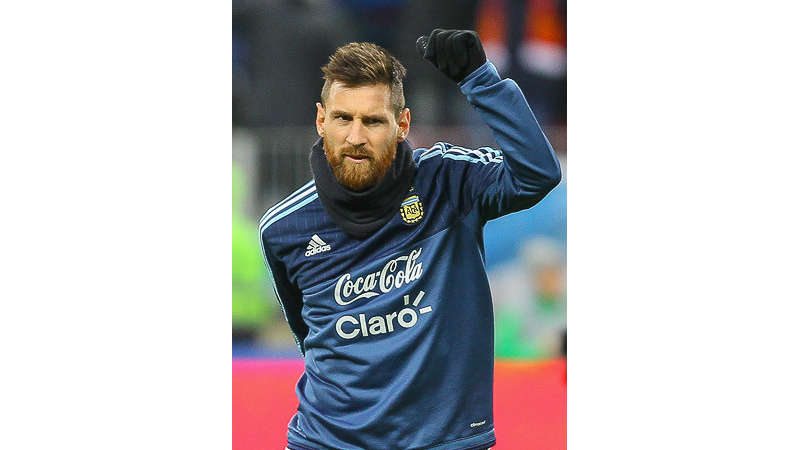 ROSARIO: The Russia finals could be Lionel Messi’s last chance to win the World Cup and dispel the doubters who say he cannot be considered one of the game’s true greats without leading his team to the biggest prize. The other candidates for the title of world’s greatest player, Pele and Diego Maradona, won the World Cup but Messi’s international record is poor, by his own standards at least. This will be the fourth time Messi has been on the biggest stage but his record of five goals in 15 games does not measure up to his prolific record of almost a goal a game at Barcelona. He has played in one World Cup final and three Copa America finals, never picking up a winner’s medal.

Messi, who turns 31 during the tournament, has often looked uncomfortable in an Argentina shirt, and even retired from internationals in 2016 only to change his mind a few weeks later. Messi’s problem this year is compounded by the change of environment and unfamiliarity with his Argentina team mates. They huffed and puffed their way through the qualifiers, using three different coaches, and got through thanks to Messi’s sensational hat-trick in the final group game against Ecuador. Every coach brought his own system, which was a jolt for a man used to playing the Barcelona way his entire career. Moreover, neither of the previous two incumbents could decide who was the best foil for Messi’s unique brilliance. Nine different Argentine players scored in the 18 qualifiers, suggesting at best inconsistency, at worst profligacy. No one doubts that the five-times World Player of the Year is one of the greatest club players of all time but time is running out for Messi to add a World Cup to his trophy cabinet.