Neo-Ottomanism: a myth or reality?

Know what you are going to experience; prepare well; imagination alone could be precarious 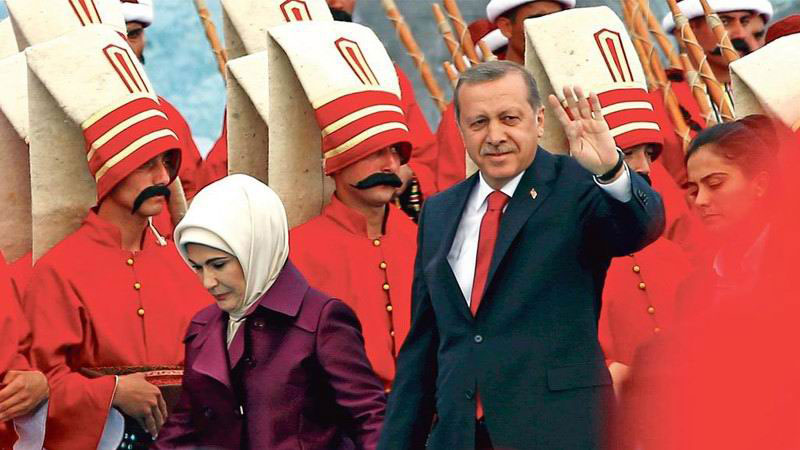 In the treaty of Lausanne (1923), signed in Palais de Rumine, Turkey gave up the remainder of the territory held by the Ottoman Empire. In return, the allied powers recognised the new republic of Turkey and eventually one of the greatest empires in the history of mankind came to an end. Mustafa Kemal, the founder of the modern Turkey, introduced rigorous reforms in all sectors of the country and laid down the foundation of the secular, modern, and progressive nation-state. Though the reforms were widely welcomed and considered a necessity, it does not eliminate the love and affection of Turkish people towards the days of the great Ottoman Empire.

The incumbent Turkish leader, Recep Tayyip Erdogan and his Development and Justice Party is trying to revive the Ottoman legacy. The chief architect of the new Turkish foreign policy, termed by many Western commentators as Neo-Ottomanism, is former Ankara’s top diplomat Ahmet Davutoglu. According to Neo-Ottomanism, Ankara will increase its influence in the former Ottoman states.

Though the reforms introduced by founder of the modern Turkey Mustafa Kamal were widely welcomed and considered a necessity, it does not eliminate the love and affection of Turkish people towards the days of the great Ottoman Empire

Turkish leader Erdogan staunchly condemned the killings of the Palestinian protesters by Israeli snipers and ordered the expulsion of Tel Aviv’s ambassador. In addition to that, Turkish President called the emergency meeting of the Organisation of Islamic Countries (OIC) and stressed upon the unified approach in confronting Israel. Ironically, the head of the States of Saudi Arabia and United Arab Emirates did not take part in the summit and instead they sent their foreign ministers. Turkey’s active role in (OIC) indicates its desire to become once again the leader of the Muslim world.

Spreading the tentacles into Middle East — via Iraq

In the Middle East, Ankara is significantly expanding its influence. Recently, Turkish TV channels showed Iraqi city of Mosul as part of the greater Turkey. In addition, Turkish military has a considerable presence in Iraq. The objective of the military is to eradicate the last remnants of Islamic State of Iraq and Levant (ISIL) but political scientists believe that the real motive behind the military presence is to maximise the influence in the former Ottoman states.

In Syria, Turkey has launched Operation Olive Branch against the Kurdish forces, which it believes to be a threat to its territorial integrity. The West has vehemently criticised the Turkish campaign. Kurds are considered as a vital force against ISIL. Turkey is also the major player in the Syrian crisis. Ankara is establishing hospitals and schools in northern Syrian cities of Afrin and Jarabulus. Moreover, strong and unified Kurdish force is in the interest of the United States as it wants the containment of Russia and Iran in Syria. Both the United States and Turkey have diverging interests in Syria. In addition to that, Turkey’s policy of Neo-Ottomanism has also severed its ties with many Western European States.

In the Aegean Sea, Ankara has toughened its posture towards Greece. Turkey has violated Greek airspace more than thirty times in April alone. Turkey calls many areas as grey zones in the Aegean Sea, meaning they are of disputed jurisdiction. On the other hand, Greece claims total territorial jurisdiction over the islands granted to it by the treaty of Lausanne. The incumbent Turkish administration wants to revoke the treaty of Lausanne.

Islamabad relations and the stance on Kashmir

The ties between the Muslims of the Subcontinent and Ottoman Empire were based on shared religion and mutual harmony. Currently, the two nuclear powers in the South Asia, India and Pakistan are at loggerheads over Kashmir dispute. Indian atrocities in Kashmir have resulted in the rise of a new wave of freedom fighters. Turkish President Erdogan staunchly supported Pakistan’s stance on Kashmir dispute and highlighted the need for the peaceful resolution of the issue. The relations between Islamabad and Ankara are stronger than ever. The Turkish administration driven by the dreams of the Ottoman Empire wants to restore its historical ties with the Muslims of the subcontinent.

But is it that easy?

Turkey’s policy of expansionism is facing many challenges. In the Middle East, there is hardly any power vacuum left to be filled by other regional players. In the Balkans, Turkish interference is vehemently opposed by the Western European states. In Iraq, the Iran-backed political establishment will not allow Ankara’s hegemonic designs. In Syria, Turkey will not able to expand its operations in the presence of the Russian army. From the outset, it is not possible to change the established world order.