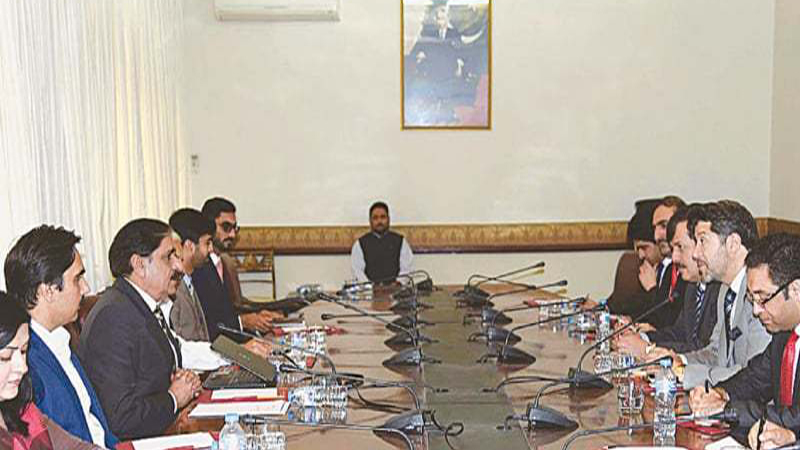 Following years of acrimony and extreme hostility, Pakistan-Afghan relations appear to be breaking out of the geo-political logjam. A string of positive vibes since Prime Minister Shahid Khaqan Abbasi’s April 5 Kabul visit suggests realpolitical pragmatism may be guiding this turnaround.

As Taliban and Daesh continue to ramp up violence all over Afghanistan, four major developments stand out for mention; US Sanctions on Iran, Pak-Afghan ministerial meeting, and the World Bank approval for the new Peshawar-Torkham expressway.

Most vibes – as far as Pakistan is concerned – are positive and offer fresh opportunities to repair and enhance relations with Kabul.

The new engagement mechanism is the Afghanistan Pakistan Action Plan for Peace and Solidarity (APAPPS), a set of seven principles that commits both a) to take tangible steps Afghan-led and Afghan-owned peace and reconciliation, b) effective actions against fugitives and the irreconcilable elements posing security threats to either of the two countries, c) deny use of their respective territory by any country, network, group or individuals for anti-state activities against either country, d) put in place a joint supervision, coordination and confirmation mechanism through liaison officers for realisation of the agreed actions, e) avoid territorial and aerial violations of each other’s territory, f) refrain from public blame game and instead utilize APAPPS cooperation mechanisms to respond to mutual issues of contention and concerns, and g) set up working groups and necessary cooperation mechanism as per APAPPS.

Accompanying the landmark agreement on APAPPS, Pakistan has also created a task force comprising all stakeholders for facilitating movement of people and goods between the two countries.

The task force – indicating a first ever whole-of-government-approach – resulted from years of advocacy by the civil society and analysts, who believed that Pakistan needed to systematically address systemic bottlenecks in the Afghan transit and bilateral trade via Pakistan.

Major hurdles beginning with the arrival of Afghan cargo at Karachi (customs inspections, screening and problems during onward overland shipping to Torkham and Chamman), have already been identified.

Similarly, operational difficulties for the Afghan cargo- both transit and the bilateral – at Chamman, Torkham and Ghulam Khan (N.Waziristan) are also known; protocols governing the cross-border passage of people and goods (involving immigration, customs, intelligence, political agent’s officials) are literally over a century old. Most of the documentation happens manually and thereby entailing huge backlog as well as delays.

Afghan businessmen, parliamentarians and officials have often articulated these obstacles during both official talks as well as unofficial Track 1.5/11 dialogues.

Secondly, accompanying this positive development at the bilateral front is President Donald Trump’s decision to pull out of the Iran nuclear accord and re-impose sanctions on Tehran.

Trump’s decision has not only annoyed allies such as EU and India but also jeopardized their plans for doing business with Tehran.

This also clouds, according to Reuters news agency, Chabahar’ Port’s viability for Indo-Iran-Afghanistan trade, as banks , nervous by facing possible crippling penalties, pull back from financing.

In view of frequent abrupt closures in 2017, Afghan officials and businessmen had begun looking at Chabahar as the best way to bypassing Pakistan consolidate its relationships with India and other regional powers.

Trump’s sanctions have at least for the time being put those hopes on hold. And this represents a God-sent opportunity for Pakistan to regain its partially lost relevance to the Afghan transit and bilateral trade.

If Pakistan’s various civil-military institutions – ministries of foreign affairs, commerce, finance, the GHQ, Intelligence outfits – can become part of a caucus and act as a single-window clearance for anything related to Afghanistan, that could turn the wheel back for the country.

Thirdly, the World Bank’s agreement to invest $460 million in the new Peshawar- Torkham Expressway Corridor signals another big positive. This Expressway too is aimed at helping Afghanistan’s external trade.

All that Pakistan needs to do is to shake-off institutional inertia by going for a single-window operation for Afghanistan. The whole-of-government-approach will likely take the urgent task of reviving relations with Kabul and regaining their trust out of the obsolete Planning Commission regime and help in taking decisions for prompt implementation. The task ahead is to financially incentivize Afghan trucks drive up to Lahore and take back Pakistani cargo. By remaining institutionally “facilitative” Pakistan can easily trump other regional countries simply because it remains the shortest and quickest transit route for Afghanistan.

For fear of smuggling back of goods imported under transit trade Pakistan cannot punish Afghan importers under pretexts of customs tariffs and screening requirements. Smuggling is Pakistan’s headache ( corruption at border and unguarded passes).

The answer to other regional players lies in fixing problems that have gradually discouraged Afghan imports via and from Pakistan. Reviving education and health tourism also requires a more innovate, open visa regime. Although Pakistan introduced compulsory visa for Afghans after June 2016, the consular facilities at its diplomatic missions and on borders remain abysmally insufficient. They were good when there was no visa compulsion but the workload at missions has grown exponentially, without any noticeable technical or manpower capacity-building.

The decision-makers in Islamabad-Rawalpindi shall only do Pakistan good if they could fast-track changes through a caucus – independent of the tardy processes. Humane treatment of visa-seekers, visa on arrival for patients and students or people in distress ( such as those who have visa appointments at western embassies in Islamabad) are some of the measures that could help the country in regaining the trust of Afghan citizens.

Circumstances have now offered another opportunity for prompt actions. A lot of hard work behind this. Is Pakistan listening and ready to seize the opportunity?