With eyes on polls, PPP pits Faryal to woo Shikarpur dissidents, others 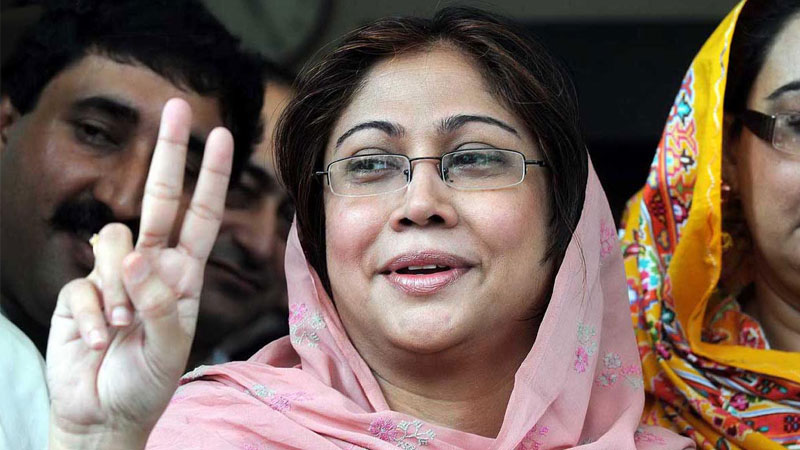 LARKANA: As the upcoming general elections are fast approaching, the Pakistan People’s Party (PPP) has geared up its electioneering in Shikarpur district as party’s Co-chairman Asif Ali Zardari has tasked Faryal Talpur to placate Agha Taimoor Pathan and woo Jatoi brothers, Mahar Family and others.

According to reports, the PPP co-chairman and the former president of Pakistan is looking for a clean sweep in next polls in Shikarpur district by winning two National Assembly and three provincial assembly seats there.

For the purpose, Zardari has pitted his loyal to get the support of the influential persons of the area.

A PPP insider, wishing not to be named, told Daily Times, that the PPP co-chairman was desirous of clean sweep in Shikarpur district and that’s was why he had tasked Faryal Talpur to placate PPP dissident Agha Taimoor Khan Pathan.

Meanwhile; PPP co-chairman also tasked his loyal Anwar Majeed to get the support of MNA Sardar Ghous Bux Mahar and Shaher Yar Mahar to formally invite them to join the PPP.

Sources say that a big breakthrough in Shikarpur politics is expected in few days.

According to a PPP’s statement, Syed Hussain Shah Bukhari prayed for Bilawal’s well-being and victory in upcoming polls. Earlier in the day, the PPP scion visited the Bhutto mausoleum and in Garhi Khuda Bukhsh where he offered Fateha and showered petals at the graves of Zulfiqar Ali Bhutto and martyred Benazir Bhutto.