Carillion fiasco shows why auditors must be accountable to parliament 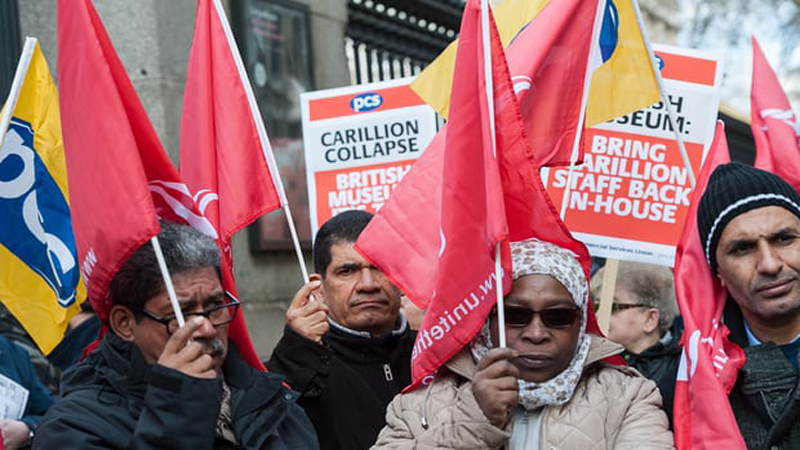 Last week’s verdict from a parliamentary committee on the collapse of construction and outsourcing company Carillion – “recklessness, hubris and greed” – marks the failure not just of a model for providing public services but of the system by which the businesses we all rely on are kept financially honest.

Some of the MPs’ strongest words were reserved for the accountants that should have acted as the company’s financial watchdogs. The auditors from KPMG, earning around £1.5m a year for vouching that Carillion’s accounts gave a “true and fair view” of its business, were in fact rubber-stamping figures that “misrepresented the reality of the business”. In March 2017, the firm expressed no concern over reported profits of £150m even though just four months later these proved to be illusory.

Nobody says accounting is easy. Estimating profits and losses on long-term contracts before they finish, for example, involves fine judgment. But this should be exercised by managers and auditors with “professional scepticism”, a principle as critical to sound accounting as the Hippocratic oath is to medicine. Instead, said the MPs, “in failing to exercise – and voice – professional scepticism towards Carillion’s aggressive accounting judgments, KPMG was complicit in them”.

This failure, which included “accounting for revenue for work that [had] not even been agreed”, enabled Carillion to present the healthy results that justified the lavish dividends and boardroom bonuses that drove the company into insolvency. It also meant that the firm could win more work, often with the taxpayer on the other end of a doomed contract.

At the same time the combined deficits of its pension schemes, starved of contributions, grew to £2.6bn. Here, too, the hand of the accountants was to be seen. For five years up to 2017, Britain’s largest accountancy firm, PricewaterhouseCoopers, had acted as the company’s pensions consultant, earning £2.9m. Over this period, Carillion’s priorities turned away from honouring its obligations to its workers. Then last year, PwC flipped sides and began advising the pension scheme trustees on how to deal with the Carillion board.
So many are the accountants’ conflicts of interest and so limited the choice of firms for large pieces of work, however, that when the company collapsed in January the same PwC landed the job as government-appointed special manager, “re-emerging”, in the words of inquiry co-chairman Frank Field MP, “as butcher, packaging up joints of the fallen beast to be flogged off”.