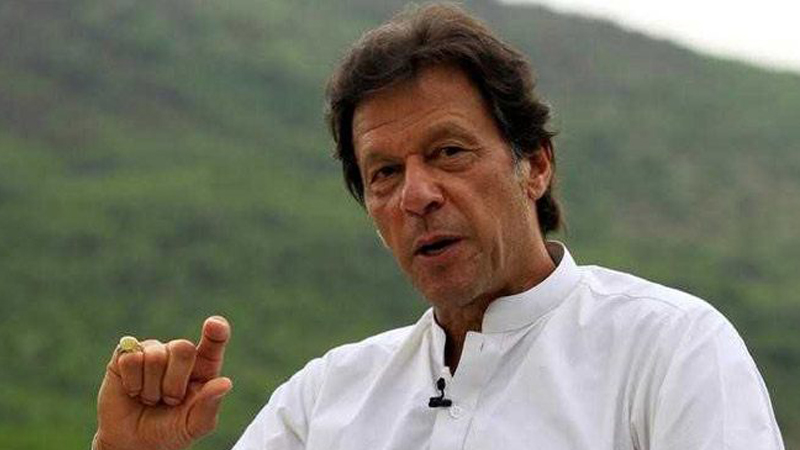 LAHORE: Pakistan Tehreek-e-Insaf (PTI) Chairman Imran Khan on Sunday said that building a nation was more important than building motorways and the PTI will build the nation by helping the underprivileged community stand on its feet.

“Wherever Nawaz goes, he promises to construct motorways. Great leaders like Nelson Mandela would not say such a thing, because they knew national building was a more important and a difficult process,” Imran said while addressing a presentation ceremony of PTI’s 100-day agenda.

He added that when the former PM questions his ouster, he actually means: “how dare you oust me?”

Imran promised to transform the system of bureaucracy and make it non-political if PTI is elected to power in general elections 2018.

He added that the PTI will transform lives of the underprivileged and raise their status in society, while he also vowed to make government recruitments based on merit.

Speaking about the China-Pakistan Economic Corridor (CPEC), Khan said that it would open doors for development, but he added that the overseas Pakistanis were a more significant source of progress for the country.

The PTI supremo also criticised Pakistan Muslim League-Nawaz (PML-N) leaders who “malign” PTI’s tree-planting campaign. “Those who do not believe us must visit the areas and see with their own eyes.”