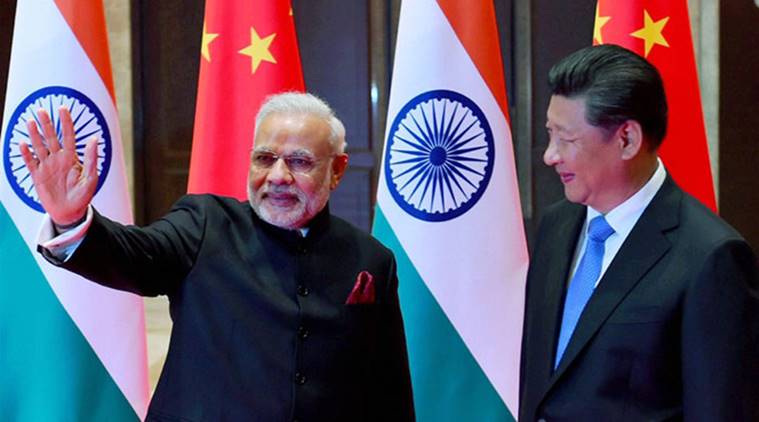 People’s Republic of China (PRC) and India are the two most populated states of the world. Both states have been closely interlinked through historical and civilizational interactions. Both countries underwent economic transformation around the same time and turned into big giants in the field of economy. Surprisingly, the growth is almost parallel to each other. It is also important to note that both states have territorial disputes over Tibet, Aksai-Chin, Arunachal Pradesh, the Twang district, and Shaksgam valley. They have fought a deadly war in 1962 over the Aksai-Chin area, and have faced skirmishes with each other in the decades of 1970s and 1980s, including the 2013 and 2017 border tensions. Therefore, a relationship of cooperation and competition exists between the two.

Indian Prime Minister Narendra Modi travelled to Wuhan in central China for an “informal summit” with the Chinese President Xi Jinping on 27 and 28 April 2018. The most significant element of this meeting is that Modi’s visit came against the backdrop of almost two years of friction between China and India over various issues including the most significant Doklam standoff. In addition to this, India’s bid for Nuclear Suppliers Group (NSG) membership, and China’s Belt and Road Initiative (BRI) have also been the frictional points between them.

The bilateral relationship of China and India badly deteriorated due to friction on multiple fronts. However, in December 2017, two high-level visits from China were marked as important and represented that both states are looking for a fresh review of their bilateral relationship. Within a few weeks both the Chinese Foreign Minister Wang Yi and State Councilor Yang Jiechi visited India. Additionally, since February 2018, efforts from the Indian side to normalise the relationship, have been quite noteworthy – especially the cancellation of Dalai Lama’s events in Delhi marking the occasion of 60 years in exile of Dalai Lama is a significant step by the Indian government to appease China. On the occasion of cancellation of Dalai Lama’s events, the Cabinet Secretary PK Sinha and India’s Foreign Secretary Vijay Gokhale stated that it was ‘very sensitive time’ in India’s bilateral relations with China and therefore, “it is ‘not desirable’ for government officials and other leaders to take part in the celebrations of the Tibetan government in exile”.

Later, on 23 February, the Indian Foreign Secretary Vijay Gokhale presented the idea to China of an informal summit which found ready approval by PM Modi. Since then, various visits by the Indian officials, including India’s National Security Advisor Ajit Doval and Minister of External Affairs Sushma Swaraj have taken place.  These visits have played a significant role in preparing for Modi’s summit in Wuhan. The later events witnessed the reciprocal visit by the Chinese Vice Foreign Minister Kong Xuanyou to India in April 2018 to finalise the matters regarding the summit.  The Modi-Xi summit is considered as a timely and bold move by India to make an earlier visit to China before the upcoming Shanghai Cooperation Organization (SCO) Summit scheduled to be held on June 9-10, 2018. The summit is actually an informal meeting with specific agenda mainly based on the idea of engaging in a free-flowing conversation between the two leaders.

President Xi asserted that the problems between India and China were only temporary and limited, and the two countries are the “backbone of the world’s multipolarization and economic globalization.”

During the meeting, PM Modi identified five ‘positive’ characteristics of the Indo-China relationship: soch (thinking), sampark (contact), sahyog (cooperation), sankalp (determination) and sapne (dreams). On the other side, President Xi asserted that the problems between India and China were only temporary and limited, and the two countries are the “backbone of the world’s multipolarization and economic globalization.” These statements from both sides indicate that there is the intention to steer the domestic and international focus away from the contentious matters in the bilateral relationship, and is an effort to avoid further derailment.

Discussion on vital issues took place between the officials of both the states which included the domestic, political and economic matters, as well as the regional developments like the China-Pakistan Economic Corridor (CPEC), and international issues such as the US-China trade war. The discussion also included China’s contentious Belt and Road Initiative (BRI). Chinese Vice Foreign Minister Kong Xuanyou confirmed that China will not force India to join the BRI.

The summit is also marked by some important policy directions provided by the two leaders. Another noteworthy development is Xi’s willingness to provide strategic guidance to their respective militaries in order to strengthen existing communication mechanisms and to collaborate on an economic project in Afghanistan. These developments make one wonder about the impact of the Summit on Pakistan and its probable repercussions for the Asian security and stability at large.

It is significant to note that only a day after the announcement of first ‘informal summit’ between Chinese president Xi Jinping and Prime Minister Narendra Modi, Beijing mentioned that the importance of Islamabad could not be ignored, which provided necessary  reassurance to Pakistan that their relationship would remain unaffected and would ‘never rust’.

Chinese Foreign Minister Wang Yi stated that: “We are ready to work together with our Pakistani brothers to undertake the historical mission of national rejuvenation and achieve the great dream of national prosperity and development,” and “in this way, our iron friendship with Pakistan will never rust and be tempered into steel.” Such statements highlight the importance of Pakistan within the strategic contours of Asia. Additionally, the fact cannot be ignored that Sino-Indian military confrontation is a reality that cannot be resolved simply by conducting bilateral exercises. However, significance of Modi-Xi summit cannot be ignored which over a period of time even could become a matter of concern for Pakistan. Nonetheless, the statements by Chinese officials after the summit, and the support that Pakistan has been receiving from China through CPEC somewhat dispels Pakistan’s concerns.

The writer is currently working as Research Associate at Strategic Vision Institute and can be reached at asmaakhalid_90@hotmail.com