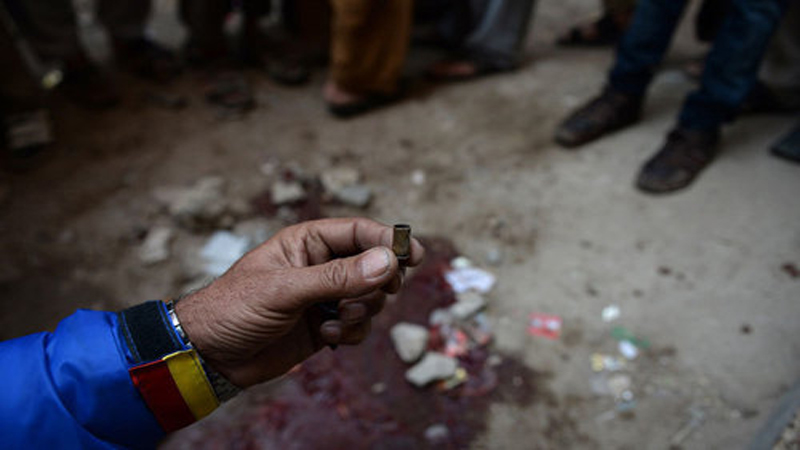 SHIKARPUR: At least four villagers including two suspected criminals were killed while seven others sustained critical injuries on Sunday during an armed attack in Mehran Bijarani village, situated next to Katcha area of Khanpur tehsil of Shikarpur district.

According to a report, an armed group, belonging to Teghani community, killed two villagers, who were identified as Ameer Bakhsh and Janib Khan and injured Walidad, Adam, Punhal, Ashraf, Gulsher, Muhammad Yahya and Muhammad Nooh, who belonged to Bijarani community.

Following the incident, the local police rushed to the crime scene and resorted to assailants in retaliation that killed two of them, who were identified as Suleman and Qabil.

Consequently, their accomplices managed to flee from the place.

The bodies were shifted to Taluqa Headquarter (THQ) Khanpur Hospital for medico-legal procedure including postmortems of the deceased.

Later, the doctors recommended shifting the injured to Civil Hospital in Shikarpur.

The Shikarpur Police Chief Masood Bangash revealed that police prevented the situation from deteriorating further by deploying heavy contingent in the region.

He said that the police department has been devising a plan to prevent tribal clashes.

Shikarpur has been considered as the most ‘sensitive’ district in the province regarding criminal activities and deadly disputes between tribes over trivial issues.

Last year on July 3, 16 people were shot dead during a violent clash that erupted between two groups of Jatoi tribesmen. The police officers had tried to enforce ‘rule of law’ in the region but assailants used rocket launchers to prevent police from marching towards their towns. Consequently, the Sindh Chief Minister Syed Murad Ali Shah and Home Minister Suhail Anwar Siyal took notice of the deadly conflicts, but to no avail.

The police sources claim that at least 21 tribesmen have been killed while 19 other sustained bullet injuries since 2009 when brawl erupted between villagers over ‘disputed’ area of agricultural land and cattle theft.

Meanwhile, the human rights activists and notables of Shikarpur district demanded higher authorities to take notice of the dispute and resolve it as soon as possible. The students have been greatly affected by the conflict, since they fear to go to their institutions safely.

A man strangled his wife to death on Sunday and threw her body into a nearby river at Ali Bakhsh Umrani village over her alleged suspicious activities.

The police sources claim that Abdul Sattar killed her wife Naseeba allegedly over illicit relationship with someone and dumped her body in a river. Consequently, Abdul Sattar managed to flee from the place. They had two children.

Following the incident, local police shifted her body to the Civil Hospital in Jacobabad for medico-legal procedure and later handed over her body to her relatives.

A man choked his wife to death on late Saturday in an alleged case of honour killing at Hakim Jakhrani, a town located near Kashmore, a district of Sindh province.

Reportedly, Saffar Jakhrani killed his wife identified as Mehran Khatoon allegedly over extramarital relationship with someone and managed to escape from the scene.

Meanwhile, the police shifted her body to Kashmore Hospital for medico-legal procedure and later handed over her body to her relatives.