Taxila: an illustration of fascinating influences of multiple civilisations 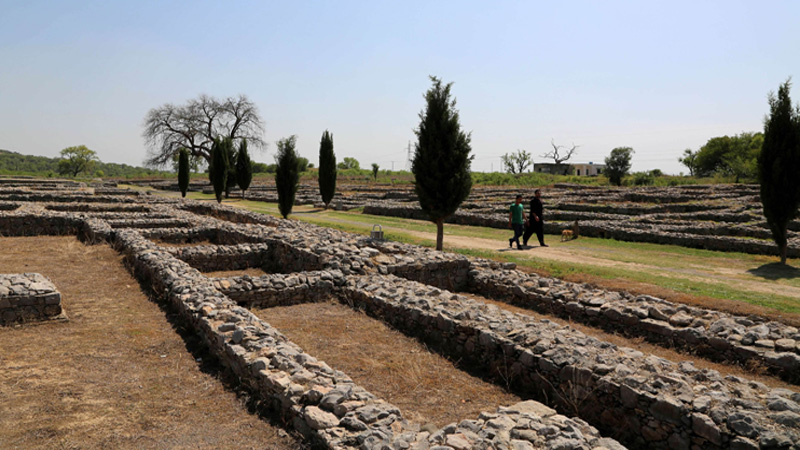 When it comes to the ancient history, Pakistan has its fair share of treasures of which the most prominent and undeniably important archaeological sites in South Asia is Taxila, a place where rich human civilizations rose and declined over the last five millennia.

Sadeed Arif, assistant professor of archaeology at the Quaid-e-Azam University in Islamabad, told Xinhua that Taxila was ruled by various empires over the centuries for its special location and also an important trade route in the times of yore. The ancient city used to be a regional or national capital.

Once strategically important place that linked Southern, Western and Central Asia regions to the West, Taxila was a meeting point of various cultures which include Achaemenids, Hellenistic, Mauryans, Indo-Greek, Kushan, Gupta, Huns and eventually the Muslims, said Arif, adding that different religions such as Hinduism, Jainism and Buddhism had been practiced in Taxila.

Located at a drive of some 30 km in northwest of capital city of Islamabad, Taxila attracts around 800,000 to one million people, including local and foreign tourists, each year due to its fascinating archaeology relics, history, art or architecture, said Nasir khan, administrator at a museum in Taxila, which was set up to provide an efficient guide to the three millennia of human civilization under one roof and to make the ancient city’s vast wonders accessible to all.

The archaeological sites of Taxila are well preserved and maintained due to serious efforts made by the Pakistani government. The site is a protected antiquity in terms of the Antiquities Act, 1975, passed by parliament of Pakistan. “The governments of Punjab and Khyber Pakhtunkhwa (KPK) provinces have the administrative and financial authority over all the heritage sites of Taxila,” said Abdul Samad, managing director at Directorate of Archaeology and Museums in KP.

The provincial government is constantly working for the preservation and conservation of all the historical sites of Taxila, Malik Maqsood Ahmed, deputy director at Archaeological Department of Punjab, told Xinhua.

During the last five years, the government has spent more than Rs 200 million on different projects for the preservation, restoration and provision of tourist facilities at different ancient sites of Taxila, Ahmed said, adding that a fund worth 60 million to 70 million rupees have also been allocated for several projects for the next two years.

Furthermore, Taxila is being supervised by a number of technical staff and archaeological experts, said Ahmed. A comprehensive management plan had been set up and being implemented for its preservation and conservation since its declaration as a world heritage site in 1980 by the United Nations Educational, Scientific and Cultural Organization (UNESCO), he stated. 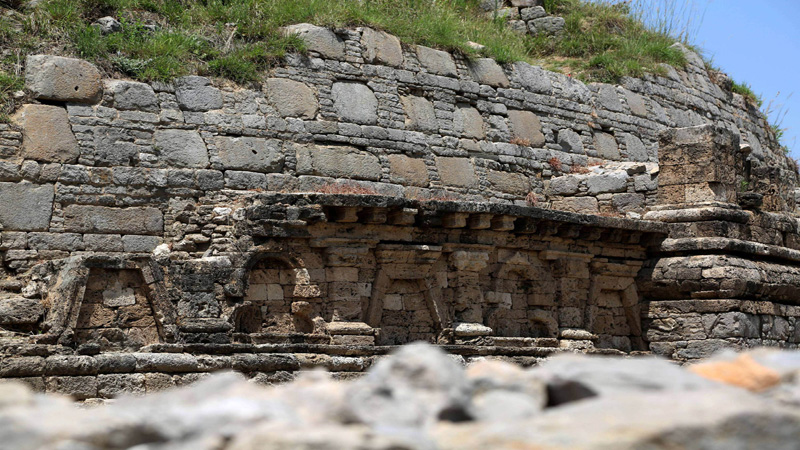 However, a number of deficiencies and shortcomings still prevail, which are already being addressed, according to government officials. The stone crushers and antiques smugglers are the biggest threats to the cultural heritage site in the region, Ahmed said. Archeologically important sites are also being protected from human encroachments as this is another major problem that needs to be tackled, he added.

“The number of tourists visiting the site has drastically increased in the recent years mainly due to improved security situation in the country and the removal of unnecessary travelling restrictions imposed by the government in the past,” said Khan. The number could be increased if governments would simplify the procedure for foreigners who intend to visit the place, Khan added.