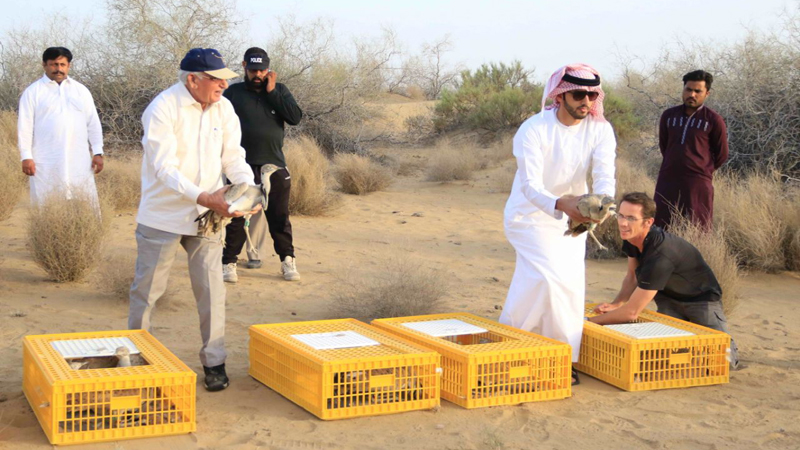 ISLAMABAD: Officials of the UAE Embassy in Islamabad have released 1,000 Houbara bustards in Rahim Yar Khan region of Punjab province as part of the country’s commitment and efforts for preservation of the bird.

Representatives of the Fund for Houbara Conservation Abu Dhabi, officials of Forest, Wildlife and Fisheries Department of Punjab and media were also present.

Speaking on the occasion, UAE Ambassador in Islamabad Hamad Obaid Al Zaabi said that his country has achieved a distinguished position on the global level for its efforts to conserve the Houbara bustard. Several projects for breeding of the bird have been launched in Abu Dhabi for more than 40 years, and have achieved outstanding results despite several challenges.

The ambassador said that the UAE is the first country in the world to track Houbara birds through satellite during their migrating from north to the south.

Al Zaabi revealed that Abu Dhabi started efforts for captive breeding of Houbara bustard in 1977 at the Al-Ain Zoo with seven Asian Houbara birds. After prolonged efforts of several years with a firm and strong determination, the first Asian chick was successfully produced in captivity in 1982, he added.